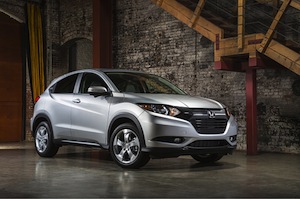 I’m occasionally offered the opportunity to receive advance copies of books, but unfortunately most of the time the subject isn’t relevant to my work. That’s not to say they aren’t automotive related, it’s just that they don’t cover my specific area of interest. Working on an automotive title, it’s often the case that you get sent anything remotely connected to something with wheels and an engine.

So it was a pleasant surprise to receive Jeffrey Rothfeder’s book, Driving Honda. Don’t be fooled by the title, as it has little to do with driving the Japanese carmaker’s products; instead, Rothfeder delivers an interesting and intriguing insight into the company’s ethos for designing and building its portfolio. Those expecting an in-depth view of the technicalities of vehicle manufacturing will be disappointed, as it doesn’t catalogue Honda’s technical processes. It does, however, deliver a clear explanation of how the company goes about its business, and for anyone not familiar with Honda’s history and philosophy it’s an interesting story.

Starting with a profile of the company’s founder, Soichiro Honda, the book charts the birth of the company from its post-War origins to the present day. Following on from outlining Honda’s development of his engineering philosophy, Driving Honda focuses on the company’s manufacturing operations in the US, illustrating said philosophy in action. Rothfeder also offers examples of how much Honda differs from its rivals (specifically Toyota and the Big Three in Detroit). This is also very revealing, though it highlights one of the book’s main weaknesses: lack of true impartiality.

Rothfeder clearly spent a considerable amount of time embedded with Honda, and as a result the book offers some revealing ‘fly-on-the-wall’ moments, but it is rarely, if at all, critical of Honda’s processes. Any problems are glossed over as being part of 'the Honda way’. Indeed, Rothfeder seems to have been entirely convinced by Honda’s ethos – but you wonder if he would be quite so enamoured if he had spent a similar amount of time with other vehicle-makers.

That said, if you can look beyond this small flaw, it’s a well-written account and Rothfeder does a good job of unravelling and explaining the processes involved in manufacturing vehicles. It is a book that is aimed more at enthusiasts than experts, but nonetheless I’d recommend it to any AMS reader. I’ll certainly have a different perspective next time I visit a Honda plant.