Daimler to invest €190m in Vitoria 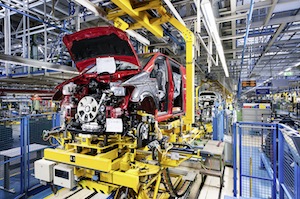 Spain – In preparation for a new generation of medium-size commercial vehicles (CVs) to be launched later this year, the OEM will develop the bodyshop, paintshop and assembly units at its second-largest van plant.

In addition to modernising and re-organising these areas of the 600,000m2 plant, Daimler will optimise the site’s logistics. Volker Mornhinweg, head of Mercedes-Benz Vans, said the company is making its Vitoria facility, which was built in the 1950s, “fit for the future”.