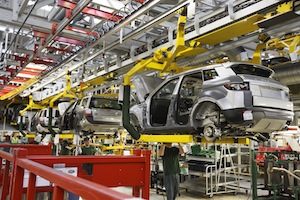 UK – Figures from the Society of Motor Manufacturers and Traders (SMMT) show that production rose by 3.1% in 2013 to surpass 1.5 million units, the greatest volume since 2007.

Mike Hawes, CEO of the SMMT, attributed the increase to “surging home demand and robust exports outside Europe”. He added that investment announcements exceeded £2.5 billion last year, supporting suggestions that the UK “could break all-time car output records within the next four years”.

The UK’s Business Secretary, Vince Cable, commented: “Today’s figures are another sign that the British car industry is going from strength to strength – with one vehicle rolling off a production line somewhere in the UK every 20 seconds”.

Cable pointed out that 80% of last year’s output was exported. The SMMT says there has been “a marked change” in export destinations since 2009, with China now set to become the largest non-EU market for UK-built cars.