Bus-making moves in the right direction

Buses are a sustainable form of public transport, but only if they are manufactured in similar fashion 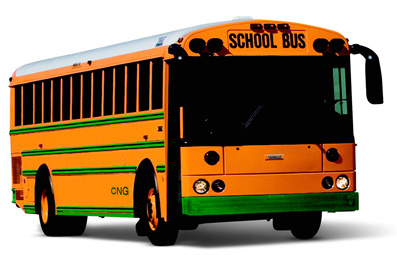 Like all sectors of the automotive industry, the drive is on to increase sustainability within the coach and bus sector. One such programme is under way at Thomas Built Buses, the manufacturer of the orange school buses that are ubiquitous on US roads. Headquartered at High Point, North Carolina, Thomas Built is a subsidiary of Daimler Trucks North America.

The zero-waste-to-landfill initiative began four years ago, but the foundations had already been laid as early as 2004, courtesy of the company’s commitment to go beyond basic compliance with environmental regulations and achievement of ISO 14001 certifications. All of Thomas Built’s manufacturing facilities became ISO 14001 certified in January 2010, but the Saf-T-Liner C2 plant, chassis plant and Minotour production line had been operating with ISO 14001 certifications since December 2004.

Building momentum
“The effort started in the chassis plant, one of five Thomas Built Buses plants,” says Platt. “The chassis plant was chosen because it was a self-contained business led by a cohesive and committed team.” The programme at the chassis facility sparked a friendly competition among the other plants and the company credits this snowball effect with its success in reaching its zero-waste-to-landfill goal a year ahead of schedule.

“Subsequent plants came on board after processes were in place, often in a rolling fashion. The final two plants, which began the process in October 2010 and achieved zero-waste-to-landfill just three months later, moved so quickly that the company had trouble providing adequate containers for recycling – an enviable problem to have,” explains Platt.

The major challenges of the initiative were logistical: finding the best place to put the recycling centres in each plant, and a qualified recycler for each waste stream. Some by-products, such as cardboard, were easy – in fact, a rubbish compactor was converted into a cardboard compactor. Other materials, such as wood and some plastics, were more problematic. Additionally, there were many miscellaneous recyclables that each needed to be processed.

The company anticipated a certain amount of objection from its workforce to the new regime – the kind which is inherent in any change – but it never materialised. “Thomas employees jumped right in and were excited,” Platt continues. “They showed initiative with little guidance. Before long, each and every employee embraced his or her role in the success of this initiative.”

They also utilised an in-house Environmentally Conscious Operations (ECO) checklist, whereby team leaders report in five major environmental impact categories, ensuring, for example, that collection cans are properly labelled and that materials are stored properly. Scorecards are posted in each area on a weekly basis.

“In addition to the friendly competition among employees, supervisors emphasised positive and enthusiastic introduction of the new processes to each plant,” says Platt. “After a celebration with management each time a plant would reach its target, the programme would be introduced to the next plant. Peer influence also was key. For example, if something was thrown in the garbage on the shop floor, a fellow employee would immediately show the offending party the correct place to recycle the item.”