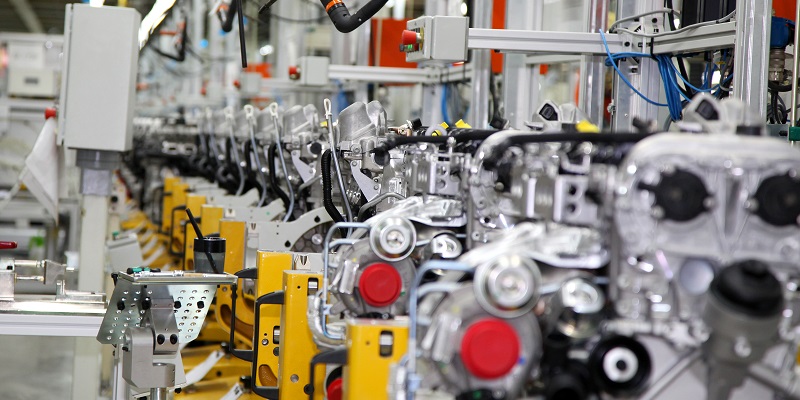 AMS: Beijing was Mercedes’ first powertrain plant outside Germany for passenger cars. So are you pursuing a 'build-where-you-sell' strategy, and how much of the production is for export?

Frank Proksch (FP): Our strategy is ‘build in China, for China’, so the engines we build are supplied to the Mercedes vehicle plants here, but we have started to export some of the core components produced in China to plants in Europe. These components are [the] cylinder head, block and crankshaft, but no complete engines are exported as yet. And we do not have plans to do so at present.

Frank Proksch, senior manager cylinder head machining, BBAC Engine Plant
This has shown that we [Beijing Benz] are part of the global manufacturing network and also the high level of confidence we have in the quality of components being produced here. We use our global powertrain production network to balance worldwide differences in capacities, so we supply these parts to where there is higher demand or lower production capacity. However, here we mainly manufacture to meet the local demand in China.

AMS: You currently produce both four- and six-cylinder engines in China. Will you add any new engines in the near future?

FP: Right now, we are focusing on the four- and six-cylinder engines, but we have a very flexible production operation here, so we could quite easily build other engine variants if needed.

AMS: Engine production capacity at Beijing is reported at 250,000 units per year. Can you explain the manufacturing structure in terms of production lines and flexibility?

FP: Capacity is 250,000 units per year and we are producing to meet the demand from our vehicle plant. Higher numbers will be planned in line with the ongoing growth in our local passenger-car unit.

With the machining operations it is possible to add an additional machining centre, so reducing the cycle time for the operation and increasing throughput. Currently we are running two shifts in machining and two shifts in the assembly area. Of course, these are flexible and can be adjusted to market needs. 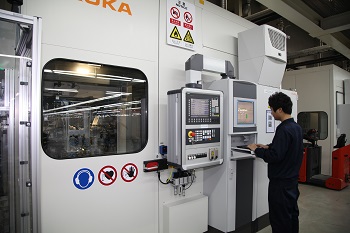 All engines produced at the BBAC plant are cold-tested
AMS: The Beijing engine plant is relatively new. How does it compare in terms of technology, production operations, etc to similar Mercedes engine plants in Germany?

FP: We have state-of-the-art equipment and processes here, and these are the same as those used in Germany. The only real difference is that we have a slightly lower level of automation in the assembly operations, but in machining it’s the same automation level. Key quality-relevant processes are to the same high standards as in Germany, and of course automated. Here [in powertrain production] automation is used to maintain or improve quality rather than raise output.

FP: Our challenges here are similar to those experienced across the [Mercedes] network, but the exception is the speed of growth in China, and this presents a big challenge – but, of course, also in principle an opportunity. In the case of manpower recruitment and qualification, we have to increase our workforce much faster than anywhere else. We put a lot of effort and resource into training and qualifying people to ensure they are at the level we need.

When we established this plant, we had no machining expertise from our existing operation in China, so from a recruitment point of view we were starting from zero. To build the skills we needed, we selected 120 of the best of our Chinese workforce and we trained them in Germany in the core competences. So we trained the group leaders, the quality and maintenance engineers for the machining lines. We defined all the special functions, which are the pillars of operation for the plant, and we trained our Chinese colleagues in the existing production environments alongside the German engineers. Back in Beijing, these colleagues have been the multipliers for the rest of the staff – and so far with good success.

In addition, Beijing Benz has connections with local vocational schools and we had German trainers from the Daimler plants working closely to train the Chinese vocational school teachers here in China in the skills we needed. After two to three years at the college, we would bring the students here to the plant for more job-specific training, building their skills and competences until they are able to work independently on the machining lines. This investment in people is very important for us in the machining area, as the skill levels required are higher than those needed in general-assembly roles.

AMS: Do you operate a continuous improvement programme for the workforce here?

FP: We have implemented our standardised Mercedes Production System (MPS) here. It starts with simple things such as keeping your work area clean and well organised and then progresses with daily shopfloor management, standardised work checks and continuous improvement process. This has each team coming together several times a day to look at and discuss any output, quality or safety issues from the previous day and current shift, and then decide on actions to be taken. This is a continuous process to ensure we improve.

AMS: Do you rotate the teams between different sections of the line?

FP: Yes, we do. In the assembly area this is easier, as the training time is shorter for most roles. Each team member learns and masters all the operations at their station, then we move them to the next station to learn its operations, and so on. This means that members of a team are able to work at a number of different stations, giving us a lot of flexibility and our staff more scope. 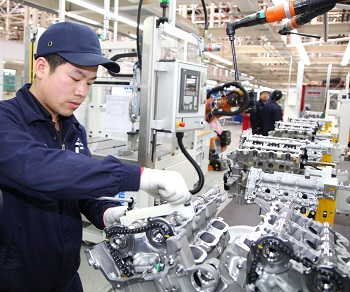 While 3C machining operations and assembly are performed on the four-cylinder engines, the M276 is assembly and test only
The relative calm within the assembly hall of BBAC's new engine plant belies the intense level of activity going on. Above the U-shaped production line, the low ceiling hides the transfer of engines between stations and test areas where all units are 100% cold-tested. Hot testing is undertaken for selected batches of engines and demonstrates the company's confidence in the quality of the units produced here.

Both in-line and transverse variants of the company’s four-cylinder gasoline engines are produced at the facility, along with the six-cylinder M276 engine. While 3C machining operations and assembly are performed on the four-cylinder engine, the M276 is assembly and test only.

Bought-in parts are delivered to the lines from a logistics ‘supermarket’ located on the right side of the assembly lines. The core components (cylinder block, head and crankshaft) are fed into the lines from the machining area. All quality-control processes and standards meet those applied at Mercedes' German plants.

Another aspect of the quality-focused production is the minimal use of kitting. Each worker is tasked with a small number of operations to perform at each stage. This is to reduce the risk of errors in assembly.

The machining area features three separate lines for the cylinder block, head and crankshaft. Each part undergoes several machining, checking and cleaning operations and is subject to 100% of production quality checks. On all three production lines, operations are performed in parallel to increase flexibility and reduce downtime. Each of the parts is fitted with a transponder or DMC code that contains all the required machining data. These components are closely monitored at each stage of the production process and this essentially creates a ‘CV’ for each part, recording what operation has been performed, where and when – allowing for complete traceability.