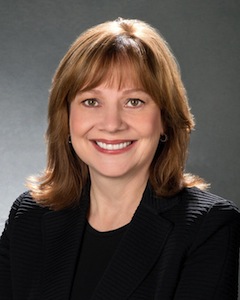 US – Alongside her role as CEO, Mary Barra will succeed Theodore Solso in heading up the vehicle-maker’s board of directors. Solso will serve as lead independent director.

“At a time of unprecedented industry change, the board concluded it is in the best interests of the company to combine the roles of chair and CEO in order to drive the most efficient execution of our plan and vision for the future,” said Solso. “With GM consistently delivering on its targets and on track to generate significant value for its shareholders, this is the right time for Mary to assume this role.”

Barra began her career with the vehicle-maker in 1980 as a General Motors Institute (Kettering University) co-op student at the Pontiac Motor Division. She graduated with a bachelor’s degree in electrical engineering in 1985, received a GM fellowship in 1988 and left the Stanford Graduate School of Business with an MBA in 1990.