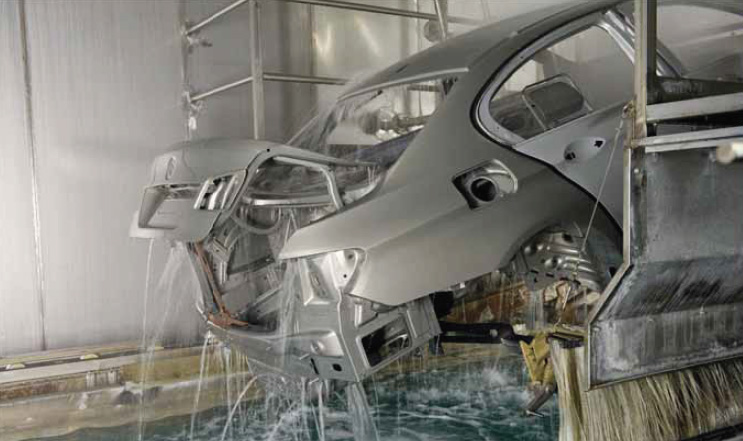 Following a successful trial, BMW in Dingolfing has switched both car body pre-treatment lines at its Dingolfing plant to a new activation technology from a chemical supplier partner

The BMW plant at Dingolfing in Germany runs two lines in its car body pretreatment section. For more than a decade now, both units have been using conventional zinc-phosphating technology. In this multi-step process the untreated car bodies are subjected to alkaline degreasing and several rinsing steps before entering the activation stage. In this bath, crystallization nuclei are generated on the metal surface; this leads to an accelerated crystal formation and more uniform surfaces in the downstream zinc-phosphating stage.

As a leading global supplier of surface treatment technologies, Chemetall is working with many major automotive manufacturers. For years, the company has focused its research activities to develop high-performance, eco-friendly processes. A current example is the new activator technology called Gardolene V 6599. This innovation demonstrates convincingly that even globally established processes like zinc-phosphating can be further optimized and more eco-friendly. 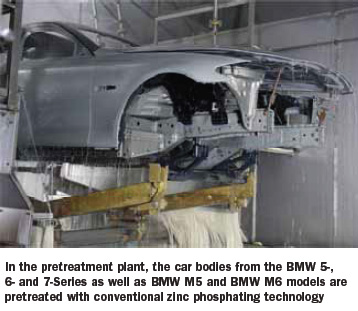 New activator for simplified process management
At the Dingolfing plant, activation is applied as a dip process. For many years now the Gardolene technology has been used as an activating agent. To maintain constant bath characteristics and subsequently generated coating weights, the baths used to be continuously replenished, with 250 litres of de-ionised (DI) water per hour. Excess process water left the tank via an overflow weir and was discarded. In the past, replenishment of activation powder was needed after a few days in order to safeguard the coating quality in the downstream phosphating stage. With the changeover to the new generation of activating agents, in the form of Gardolene V 6599, it is possible to reduce DI water consumption and also the replenishment of the activating agent.

“After presenting the advantages our new activator technology to BMW, the (BMW) process engineers were willing to implement the new process on a trial basis”, says Franz Biermeier, Chemetall account manager, responsible for the BMW Group in Germany. This is why, as a trial, one of the two pretreatment plants was converted to Gardolene V 6599 and the process was optimized over a period of several months in cooperation with a team from Frankfurt-based Chemetall. In the meantime, both lines are running successfully with the new activating agent. This extraordinary result is due to some special properties of the activator that were identified during the commercial scale application.

Smooth changeover with energy savings
The changeover of the line to the new product generation was carried out after a regular bath cleaning downtime. It was already proved during an early stage of the test phase that replenishment with DI water can be completely omitted. In addition, the continuous fresh water supply in one of the upstream rinsing steps could also be drastically reduced. This effect is due to the higher temperature stability of the new activator. “In this application at BMW, Gardolene V 6599 affords consistently good results, even at temperatures of up to 50°C whereas the temperature of conventional activation baths would normally need to be kept below 35°C. As a consequence, additional cooling of the car bodies, after the previous higher temperature pre-treatment stage, is no longer required,” explains Olaf Dahlenburg, chemical engineer, responsible for all activation processes at Chemetall. 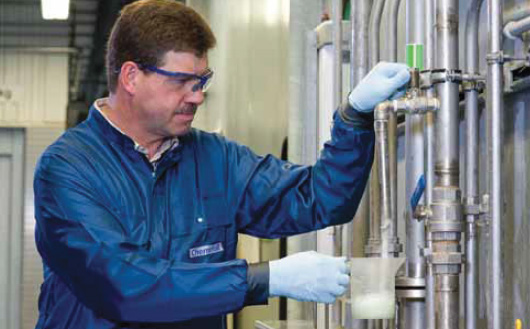 Less DI water – less waste water
For both pretreatment lines the total saving of 6.5m³ DI water per hour is well worth the effort. This also leads to a reduction of the waste water volume, by the same amount. In a 2-shift operation on an average of 220 working days it was thus possible to save some 23,000m³ of DI water and 23,000m³ of waste water per year. In addition, Gardolene V 6599 proved to be highly effective. The activation bath produced uniformly good results at low concentrations. Bath stability improved strongly. Replenishment of activating agents after a few days is no longer required. Overall, the volume of chemicals consumed drops by more than ten percent.

From a chemical viewpoint, the new activator generates visibly denser structures on the metal surface. The higher number 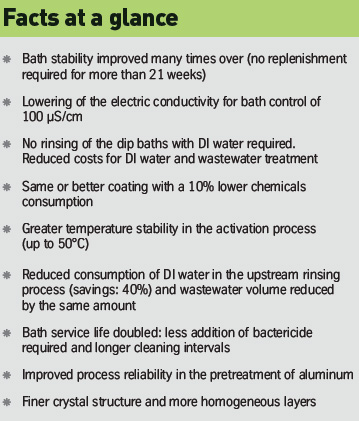 of crystallization nuclei accelerates crystal formation during the subsequent zinc-phosphating process. Surfaces are coated faster and the zinc-phosphate crystals grow more uniformly and compactly. As a consequence, the usual coating weights can be significantly reduced. With the changeover to the new activator, the same high corrosion protection properties can be achieved with coating weights between 2 and 3g/m². The numerous salt spray tests, VDA humidity cycle tests or paint adhesion tests that have been performed on test panels produced uniform quality results with thinner corrosion protection layers.

Further changeovers under way
Today, both pretreatment lines at the BMW plant in Dingolfing are operating with Gardolene V 6599. Based on the positive results obtained, similar trials have already been running at the BMW factory in Leipzig, since February this year. In this plant, the BMW 1-Series and the BMW X1 models are pretreated with traditional zinc-phosphating processes. Here, too, the same results were obtained: stable, significantly reduced coating weights and lower chemicals consumption. The new activation technology will make an important contribution to environmental protection.

Improved behavior on aluminium
An improvement was also found in the pretreatment of aluminium. This light metal that is increasingly being used in modern, weight-optimized car bodies has time and again caused problems in conventional zinc-phosphating. After activation with Gardolene V 6599 the aluminium components now exhibit a greater activity during phosphating. The targeted coating weights are achieved faster thus resulting in a higher overall process reliability. Since the usage of this light metal is continuously rising in all vehicle types, these improved properties contribute to the sustainability of the zincphosphating technology. 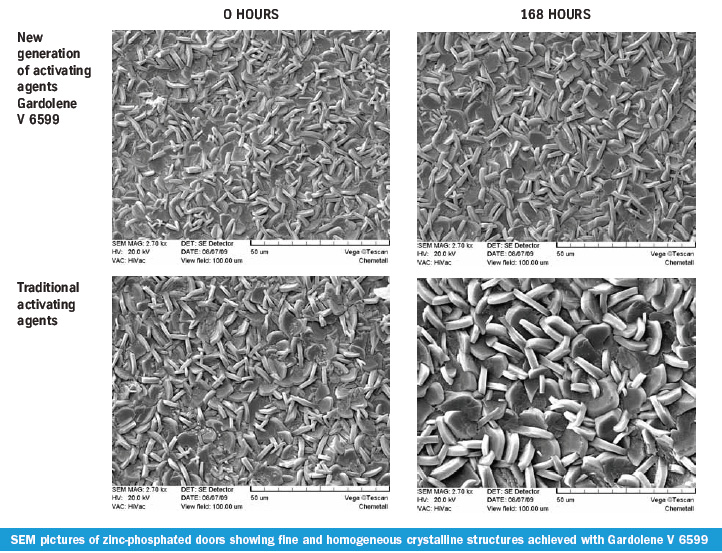