A magnet for manufacturing 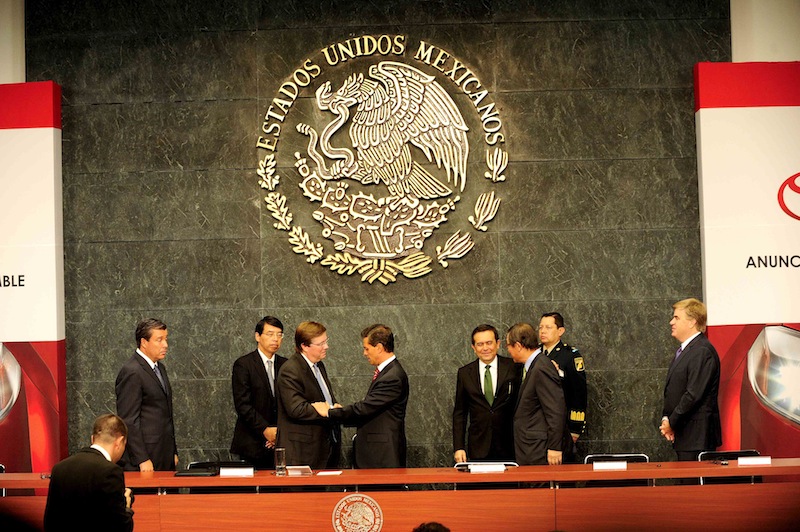 Vehicle production is booming in Mexico. In 2014, a record 3.22m vehicles were made there, an increase of nearly 10% on 2013. Much of the rising production was in response to strong demand from the US and Canada, but several of the vehicle companies’ recent investments in the country have been made with the aim of supplying other countries; although the bulk of the 82% of Mexican production which was exported in 2014 went to the US, this proportion will decline in the years ahead. China and Europe will steadily assume a rising proportion of Mexican exports, with total production expected to reach 5m at least by 2018.

As one example, Audi’s new, $1.3 billion factory at San José Chiapa will begin producing the second-generation Q5 SUV next year, taking over from Ingolstadt in Germany. However, it is not just Mexico’s low costs which have encouraged Audi, and many other vehicle companies, to open new plants in the country as well as to expand existing plants. The multiple free-trade agreements which Mexico has negotiated with several countries across the world form an added attraction, and in Audi’s case were the factor which tipped the balance in favour of Mexico over Tennessee, which was vying for this investment. These agreements mean that Mexican-made vehicles can be exported duty-free to more than 40 countries or regional groupings. The free-trade agreement with Europe, for example, cuts out the 10% duty which applies to vehicles made in the US. Already, Mexico is the fourth-largest vehicle-exporting country in the world, after Germany, Japan and South Korea.

Volume and premium manufacturers alike are expanding in Mexico, with Audi’s parent company, Volkswagen, investing $1 billion to expand its existing factory at Puebla for production of the new, seven-seat Tiguan SUV. VW’s decision to build the long-wheelbase Tiguan in Mexico is part of the global spread of its MQB platform. Production will be at the rate of 500 units a day and will be exported worldwide, including both North and South America, but not the EU or China.

German premiums move in
Audi is not the only high-end manufacturer to set up business in Mexico. BMW’s decision to build a 150,000-unit per year plant at San Luis Potosí, which will come on stream in 2019, was heavily influenced by the country’s multiple free-trade agreements, although Mexico also gave BMW significant tax breaks to invest. These are estimated to be worth around €190m ($214.8m) and will support about 1,500 new jobs and a total investment of $1billion over the next 15 years.

Ahead of BMW starting production in Mexico, Mercedes will manufacture there from 2017, having invested $1 billion in a joint venture plant at Aguascalientes. The OEM’s MFA platform is being used by Nissan’s Infiniti division at its UK plant as the basis for the Infiniti Q30 and QX30; these models will also be made alongside the Mercedes CLA sedan in Mexico, where total production capacity of 230,000 units per annum has been installed. Infiniti models will be the first off the assembly line in 2016, followed by Mercedes models a year later. This factory features one of the largest press lines in Latin America, with a production capacity of more than 270,000 parts every month, at a rate of 570 strokes per hour. Nissan has brought several suppliers onsite to deliver directly into the plant, including Posco (steel), Tachi-S (seats) and Sanoh (brake and fuel lines and tubes).

High-volume Asian OEMs expand
It is not only European premium brands which have recently announced expansion plans. After several years of holding back on investment in new plants across the world, Toyota is pouring money into several facilities, including $1 billion at a new site in Mexico. The factory in Guanajuato will make vehicles based on Toyota’s New Global Architecture (TNGA) with capacity of 200,000 units a year, employing 2,000 people. At present, no final decisions have been made regarding where these vehicles will be sold, but the US market will certainly take a significant proportion of this plant’s output. The production line-up will include the next-generation Corolla, one consequence of which is that Toyota’s Canadian plant in Ontario will switch from the current Corolla to as yet unnamed higher-priced vehicles. The OEM is also increasing its output through a joint venture with Mazda, which is making compact cars for Toyota in exchange for the latter licensing its hybrid technology.

Meanwhile, alongside premium Infiniti models, Nissan is making its NP300 pick-up in Cuernavaca as well as having a plant of its own at Aguascalientes, next to the Infiniti-Mercedes factory; the Nissan-only plant opened in November 2013 and makes the Nissan Sentra at a rate of 175,000 units per annum.

A record 3.22m vehicles were made in Mexico last year, an increase of nearly 10% on 2013; exports accounted for 82% of production

Honda has also expanded significantly in Mexico in recent years. It has two vehicle assembly plants in the country, having opened its first near Guadalajara in 1995; this small plant currently makes the CR-V at a rate of around 65,000 units per year. More significantly, in early 2012 it invested $800m in a second plant at Celaya, to make 200,000 units per annum. Production of the Fit small car and HR-V crossover started in late 2014; the HR-V is exported worldwide, including Europe. The Celaya factory has adopted a new high-speed servo stamping press, a technology which Honda first launched at its plant in Yorii, Japan, as well as a high-speed die-changing system; there is also a new three-coat, two-bake, water-based painting system which is said to give a 40% energy saving over the old four-coat, three-bake system.

In addition, Kia is building its own plant in Mexico, at Nuevo León, at a cost of $1 billion; this will start production in 2016, producing 300,000 cars per year. However, it seems that Hyundai vehicles will not be made there, as Kia's Mexican CEO has emphasised that the two brands have distinct manufacturing plans. The new factory will ship around 60% of its output to the US and 20% to South America; the remaining 20% will be for the local market.

US makers join the party
GM is shifting production of the compact Chevrolet Cruze to Mexico, with an investment of $350m at its Ramos Arizpe factory. This is part of a $5 billion investment programme which GM is undertaking in Mexico between 2013 and 2018, of which $1.4 billion had been invested by the end of 2014. The Cruze will be sold mainly in Mexico and will replace current imports from South Korea; some exports will occur, but the countries to be served from the Mexican plant have yet to be confirmed.

Meanwhile, Ford is expanding powertrain rather than vehicle production in Mexico, with an investment of $2.5 billion in two new plants for engines and transmissions. The engine plant in Chihuahua will make in-line, four-cylinder petrol engines and a new diesel engine line; the transmissions plant in Guanajuato will be Ford’s first transmissions factory in the country and will be built within an existing facility operated by Getrag, Ford’s long-term transmissions partner (and a recent acquisition of Magna).

In light of the above developments, it is clear that Mexico is in the middle of an investment boom in the automotive industry, with vehicle companies from across the border in the US, as well as the Germans, Japanese and indeed Kia of Korea, all committing hundreds of millions of dollars to the country. Naturally, their suppliers are following them there and have announced their own new facilities and expansions (see below). The growth of the industry reflects not just Mexico’s low labour costs but also the highly attractive free-trade agreements which the country has negotiated worldwide. Production will continue to grow in Mexico over the next few years and it would not be surprising if the current projection of 5m vehicles a year by 2018 is met sooner – and indeed exceeded.

– Magna is building an all-new plastic moulding and painted parts factory in Queretaro, at a cost of $135m and with a production launch in the first quarter of 2016. This factory will make bumper fascias and rocker panels.

– Mahle has opened two new facilities at Celaya and Ramos Arizpe, the former making filtration and engine parts, the latter making heating, ventilation and air conditioning systems for cars and heavy trucks. Further investment is expected, meaning that Mahle will have 12 factories in Mexico by 2019 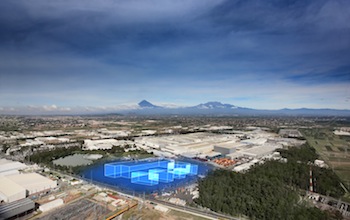 VW has recently expanded at Puebla. So has supplier SKF
– Goodyear is building a new, $500m tyre plant at San Luis Potosí