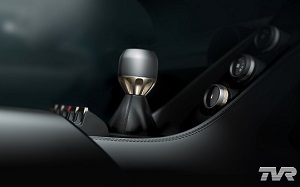 UK – The OEM will mark its 70 years with the release of a new, handbuilt sports car which will be unveiled at the Goodwood Revival Earls Court Motor Show in September. TVR has worked with the specialist engineering team at Gordon Murray Design to create a car which is claimed to be “class-leading in its strength, reliability and functionality, yet simultaneously extremely lightweight and high performance”.

Les Edgar, chairman of TVR, described the company as “entering a new era with a precisely engineered car that delivers exhilarating performance on road and track, as well as everything discerning customers expect of a car intended for everyday use”. He added: “Even some of the most sophisticated supercars end up with the look and feel of homogeneous, industrial, mass-produced vehicles. Here at TVR, we chose to take a route that allows us to deliver a unique, handcrafted and genuinely bespoke car.”

TVR was founded in 1947 and first developed its own chassis in 1949. Subsequent model launches included the Grantura and the V8 Griffith.