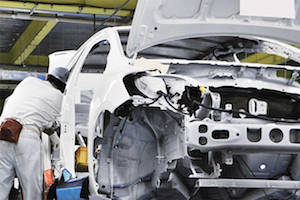 Japan – The vehicle-maker said it had examined data provided by Kobe Steel, which has admitted quality violations in aluminium and copper products, and “confirmed that the materials satisfy applicable statutory standards, and our own internal standard, for key safety and durability requirements for vehicles”. However, Toyota emphasised that its investigation was ongoing and that it was working to identify the impact of non-aluminium products.

The OEM intimated that aluminium plates from Kobe, purchased directly and from other suppliers, had been used in Toyota and Lexus vehicles, “primarily in the constructions of hoods (bonnets), rear hatches and other components”. These plates formed the first part of its investigation, as they were the subject of Kobe’s initial disclosure relating to discrepancies in inspection documents for products delivered in the past 12 months. The OEM said it had examined three years’ worth of data.

The OEM said it regretted “the inconvenience and concern caused to customers” and that it would “continue to verify the safety of these materials based on our most stringent standards”.