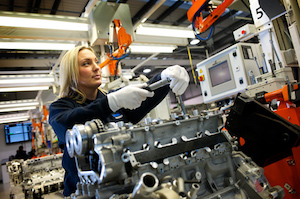 UK – The company made 2,000 units in the six months to the end of October – more than in any full year previously. The increased volume was enabled by the expansion of Ricardo’s plant at Shoreham, which was inaugurated this year.

Mark Barge, managing director of Ricardo Performance Products, said the company “can now offer one of the world’s most advanced and proven engine production capabilities from prototype to niche volume, and covering multiple sectors from performance cars to off-highway, power generation and marine applications”.

Barge added: “This is an operation that extends beyond Ricardo to the sophisticated supply chain that has seen us, for example, globally sourcing over 3m components in just a little over the past five years.