The Tennessee plant launched last year, as yet another collaboration between Renault-Nissan and Daimler 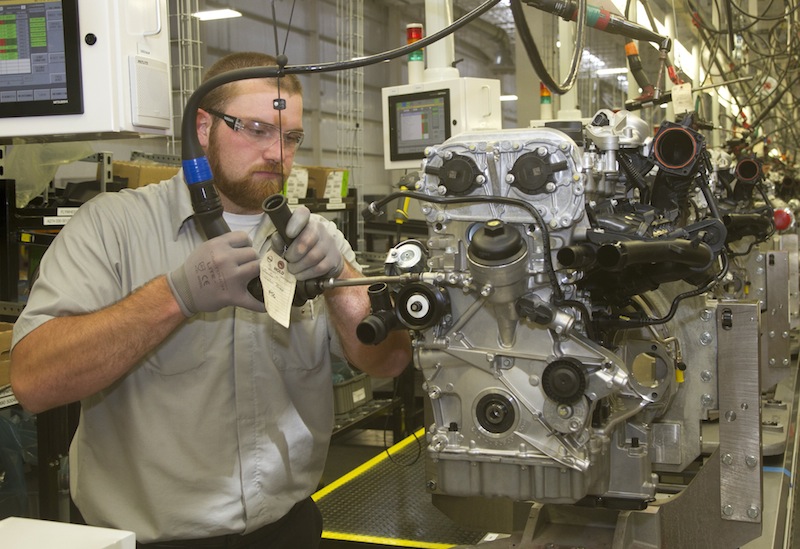 A little more than a year ago, engine production started at the Infiniti Decherd Powertrain Plant near Nashville, Tennesse – a collaboration between the Renault-Nissan Alliance and Daimler. The facility was described as “state-of-the-art” by Gary Edwards, vice-president, powertrain operations and battery plant. While he was referring to the technology for the machining of blocks, heads, cranks, and the assembly and testing of engines, which includes the latest from the point of view of investment effectiveness, the factory also has a special “takumi”, or craftsmanship, training programme, in which each and every technician goes through a two-day process of learning how to build an entire engine, part by part, and what each of those parts does.

The first engine to be assembled at the all-new facility a year ago was a 2.0-litre, turbocharged, gasoline four-cylinder developed by Daimler. The engines initially used in European versions of the Infiniti Q50 sports sedan and the Mercedes-Benz C-Class were assembled in Tuscaloosa, Alabama. The opening of the new Tennessee facility was the beginning of a manufacturing expansion for Infiniti, which needs additional capacity to fuel expected growth driven by an expanding portfolio. The plant is also a demonstration of the collaboration with Daimler, leveraging technologies, expertise and the highest level of manufacturing standards from both companies, which, in turn, benefit from synergy and economies of scale.

Construction of the $319m, 310,000 sq.ft facility began in May 2012 and it incorporates a number of energy-efficient features, such as a heat-reflecting white roof and natural daytime lighting through the use of a skylight grid. While the Decherd plant has been producing engines for Nissan and Infiniti since May 1997, the addition of the new facility will bring a total of 400 new jobs to the area once it ramps up to its full 250,000-unit annual capacity. Infiniti Decherd Powertrain Plant has the capacity to produce 160,000 engines per year, and together the plants will be able to produce 1.3m units per year.

Assembly is around 40% automation, machining is usually 95% or higher. For assembly, most of the manual jobs involve installing components, securing bolt-on parts and performing quality inspections. Most of the automation is for high-torque securing, sealant applications and testing. For machining, the tasks performed by workers are the machine tending, tool changes and quality inspections.

The total area occupied by the Decherd site is 960 acres with Plant 1 (Nissan engines) covering 110 acres, with 1,081,000 sq.ft of covered space. The new Plant 2 (Infiniti Decherd Powertrain Plant) covers 40 acres, with the building occupying 315,000 sq.ft. The current workforce at the new facility is 260 – the larger plant next door employs 2,100 – and, like the workforce, the management is local. Despite the size of the combined Decherd operation, its supply base is largely spread across North America; its closest supplier is some 30 miles away.

The two plants together represent a total capital investment of around $1.3 billion, not including paid labour, vendor/supplier investments and so on. Many factors will affect future investment but both plants are starting process expansions for two upcoming engine programmes.