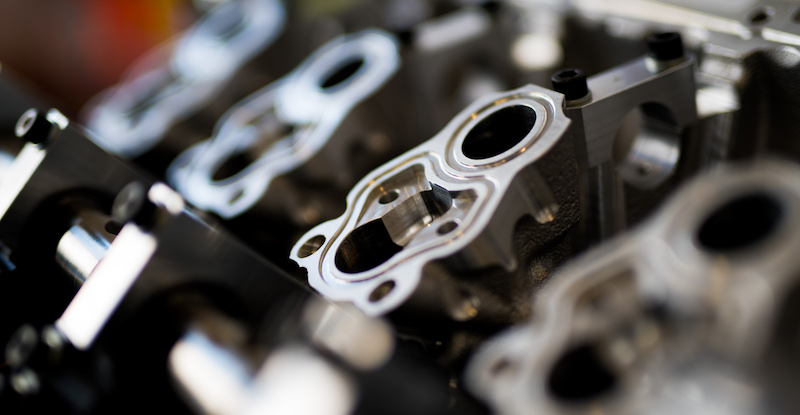 Since September 2017 the automotive industry in Europe has been getting to grips with the implications of the Worldwide Harmonised Light Vehicles Test Procedure (WLTP) and Real Driving Emissions (RDE) regulations that have replaced the former New European Driving Cycle (NEDC) rules that dated from the mid-1990s. Essentially they comprise a mix of more stringent laboratory tests in the case of WLT, as well as, in the case of RDE, actual on-road testing of vehicles to ensure, as far possible, test results that correlate with what vehicle users will experience in reality. The introduction of the new test cycle coincided with that of a new set of emission limits for M Class vehicles, effectively passenger cars, designated Euro 6d-Temp.

When first introduced the new regime applied only to new vehicle models being introduced to the market for the first time. But from this year the regulations were extended to cover all new vehicle registrations with the temporary exception of the exemption until September 2019 of a limited number of end-of-series vehicles approved under the old rules, simply to ensure that such cars could still be sold.

The introduction of the new regulations caused some anxiety for those sections of the industry dealing with the delivery and sale of finished vehicles, particularly in the run-up to this year’s deadline. The worry, which in the end did not happen, was that this year’s cut-off date might cause a bottleneck of finished vehicles in the delivery chain as manufacturers and dealers sought to complete registrations as the midnight hour of August 31 approached.

What impact, if any, has there been on engine design and development? Paul Freeland, principal engineer at Cosworth, based in Northampton, UK, points out what might seem a slightly contradictory aspect of the new regime – the fact that its more extended duration should actually make it slightly more forgiving from an emissions standpoint. “The actual WLTP cycle itself is significantly longer than the previous NEDC drive cycle and operates on average at higher engine loads,” he states. “This ought to mean that in most cases the average vehicle CO2 values and pollutant emissions levels should be slightly lower in terms of g/km, as the engine is operating in a more efficient part of its operating map for a larger proportion of time.” It is, however, “more dynamic with lots of acceleration and braking events,” he adds.

Nevertheless, Freeland says the legislation has “tightened up a lot on the testing procedures themselves” and takes a less permissive approach to the boundary conditions that previous legislators had “sometimes deliberately, sometimes unintentionally” left open. Indeed, he continues, that latter aspect is perhaps the one that is ultimately more significant.

“The greatest impact on certification results has come from tightening up on the ways that vehicle mass and tyre options are accounted for,” Freeland confirms. “The net overall effect is that for most manufacturers the cycle results themselves should be marginally better, but the burden of testing has increased a lot to cover additional models. The WLTP cycle is much more dynamic in operation and transient control of such factors as fuelling and cam positions becomes critical to achieving robust, repeatable test results. This has increased the engine control calibration effort a lot too.”

The sheer volume of testing will also increase. One aspect of the ‘tightening up’ that Freeland notes is the abolition of the ability the previous regime allowed for manufacturers to certify just one base model that could then act as a proxy for various other model variants provided the changes involved were deemed to be relatively minor. Changes in wheel and tyre size were a case in point. Another that Freeland regards as of greater importance relates to vehicle mass and the associated ‘coast-down data’, a set of parameters entered into the chassis dynamometer to represent assumed frictional and wind resistance losses on the vehicle. Again, he says, figures for one particular vehicle variant – say one without wing mirrors – could be applied more generally in a way that acted to reduce the emissions levels that would then be recorded for the whole range.

Meanwhile, a further area where testing will be more precise involves the state of battery charging. Freeland explains that the advent of ‘smart charging’ in which, for instance, an on-board alternator increases the rate of recharge of a battery at particularly opportune times, such as when a vehicle is going downhill, also provided opportunities to influence test results in a beneficial way. In practice what this meant was that by ensuring a battery was “fully, or even slightly overcharged” before a test, any operation of the alternator during a test could be avoided. The relevant boundary conditions have now been changed.

Development for the future

Taking a broad view of all this, Freeland’s perception is that while the overall impact of the new legislation on OEMs is not dramatic, it is still perceptible. “At a higher strategic level, changing the goalposts in this way has also led to a small shift in the ideal hardware configurations,” he states. “For example, the degree of engine downsizing that would give the best certified CO2 results overall is likely now to be slightly less than manufacturers had been considering, and the catalyst specifications for each vehicle that would give the best trade-off between fast light-off from cold and high gas-flow processing, and between HC and CO oxidation and NOx reduction, has altered slightly. In this way the development burden for future products has also increased.”

This is reflected, Freeland says, in the way that Cosworth itself works with its own clients. “We would agree a set of emissions targets and work towards them and that overall process has not changed with the advent of WLTP,” he states. “We are always looking to make the engine better.” Where perhaps, though, there has been a shift of emphasis is in how the limiting of emissions will be effected. On that count he expects there will from now on be a “greater focus on the catalyst”.

Again, basic methodology will not change. Key objectives will remain those of getting the catalyst as hot as possible as quickly as possible and of positioning it as close to the engine as possible. But, he adds, “because the WLTP cycle involves a higher loading on the engine, that will probably encourage the use of a slightly larger catalyst.” Nevertheless, given that catalysts are only effective when they are hot, getting them “lit off” with minimal time-lag from the moment the engine starts is still fundamental. As such, engine development, particularly managing the combustion system to divert the maximum amount of thermal energy to the task of heating the catalyst immediately after ignition, will continue to be a crucial factor.

As an indication that the challenges involved can be met, Freeland is happy to admit that Cosworth is currently involved in the development of the engine for the projected Aston Martin Valkyrie ‘supercar’, a vehicle that will have the “highest-power naturally aspirated engine” in production anywhere for a road car. “It has a lot of Cosworth’s race engine technology in it and we weren’t sure initially how it was going to behave,” he says. But, he continues, intensive development work with “mule engines”, in other words approximate prototypes that are close enough to the final intended design to support meaningful exploration of possible technologies, has enabled Cosworth to come up with a design that has comfortably achieved compliance with WLTP requirements, even for such an extreme challenge. “We are well within the predicted emissions targets,” he states, though he adds that actual on-road testing has yet to take place.

But, of course, once an engine has reached the point where it can actually be used to drive a car, then the RDE element of the new legislation comes into play. Here, Freeland points up a contrast in the relative importance of catalyst performance. RDE, he says, involves “ensuring the catalyst works over a broader area than would have been tested previously.” WLTP, though, “involves a longer cycle so that there is a much greater proportion when the catalyst is hot so the impact of the cold-start element is less overall.”

Summing up the net effect of all this Freeland indicates that while there is a need for greater thoroughness, the challenges involved do not represent a step change in complexity, though the new regime has perhaps caught a few vehicle makers by surprise. “A longer cycle, more vehicle options to be tested, a more rigorous approach to testing consistency and more robust dynamic transient controls have resulted in a significant increase in the vehicle development time and an increase in the certification testing itself,” he states. “It does seem that a lot of manufacturers had initially underestimated this burden and particularly the finite resources available in the industry to conduct the extra testing required.”

So, Freeland concludes: “For companies such as Cosworth, for whom the core business is predominantly low volume/high value product, the relative additional workload is comparatively small compared to what we would have conducted previously and we haven’t seen any disproportionate change in the engineering effort required. But for very high-volume manufacturers with a well-established product base the impact of these changes has been a lot greater.”