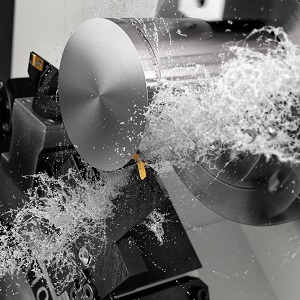 The company says its engineers have developed a solution that takes advantage of capability in modern turning centres and multi-task machines to feed the tool in the Y direction. In the new concept, the top face of the insert is placed parallel to the end of the blade, as if rotating the insert seat 90° anti-clockwise. The new blade cuts its way into the workpiece with its front end, which roughly aligns the resultant vector of cutting forces with the longitudinal axis of the blade.