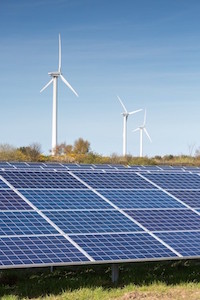 Japan – The figure was revealed on the publication of the Nissan’s annual Sustainability Report. The OEM said that progress has been accelerated by the Nissan Green Program which was introduced in 2002; the most recent version, NGP2016, laid out ambitious targets to reduce environmental impact and resource consumption by 2016.

“We aim to deliver further environmental progress in addition to promoting all electric vehicles and pursuing efficiency, on energy and resource diversity, efficiency and recycling in the current year, as part of the Nissan Green Program,” commented Hitoshi Kawaguchi, chief sustainability officer at Nissan. “This reflects the continued efforts of all Nissan employees and partners, in line with our mid-term corporate objectives.”

In order to cut CO2 emissions, Nissan has implemented a number of projects worldwide:

– The installation of 19,000 solar panels at Sunderland, UK, to supplement the power already generated by ten wind turbines, together supplying 7% of the plant’s energy needs. The solar power will account for the production of 31,000 cars per year

– The harnessing of wind power and biomass in Mexico to supply half the power needed by the Aguascalientes manufacturing complex, since 2013

The OEM is running a number of initiatives including the Nissan Energy Saving Collaboration (NESCO), which measures energy loss at its plants. In 2015, the company also created a new team, Resource NESCO, charged with improving water consumption and increasing the use of recycled materials by 25% for new models in fiscal year 2016.

Nissan says it is dedicated to making progress in four key areas: zero-emission vehicles; fuel efficiency; carbon footprint; and use of natural resources.