Mini Electric to be built in China 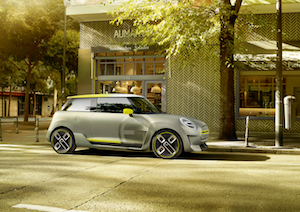 Munich - The BMW Group has confirmed that the battery-electric Mini will be made in China as part of a new collaboration with Great Wall Motor. The news comes soon after the OEMs revealed that they were in talks regarding the formation of a partnership back in 2017.

"Next steps will be to agree on the details of a possible joint venture and cooperation agreement and clarify aspects such as the choice of production location and concrete investments," BMW said in a statement. "The BMW Group has no plans to set up an additional sales organisation in China. The company is firmly committed to continuing the successful cooperation with the established sales structure."

Great Wall is China's largest SUV and pick-up producer. Headquartered in Baoding, the company currently has two production facilities, one in Xushui county and one in Tianjin. It also has a technical centre in Baoding.

BMW also has a joint venture with Brilliance Auto - another Chinese vehicle manufacturer headquartered in Shenyang. The companies started working together back in 2003, and now have two production facilities running in the country as well as a separate engine plant that also makes batteries for electrified vehicles.