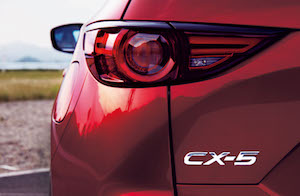 Malaysia – Production of the new model began at the end of August after an investment of 2.3 billion yen ($20.5m) to automate part of the body welding process and install a new paintshop. Mazda said the upgrade has brought its Malaysian operation into line with its “parent factories” at Ujina and Hofu, Japan.

“We see Malaysia as an important production base in the ASEAN region and, with the aim of establishing a sturdy production system, we’ve worked closely with our business partners to develop manufacturing of Mazda cars here,” said Masatoshi Maruyama, managing executive officer for Global Production and Business Logistics, Mazda.

He added: “We will continue efforts to raise quality levels even higher, and I'm confident that cars manufactured here will satisfy customers in every market.” As well as selling its Malaysian-made vehicles in the local market and neighbouring Thailand, Mazda now plans to ship the CX-5 to Philippines, Indonesia, Cambodia and Myanmar.

Production at Kulim is undertaken by local company Inokom Corporation, where the new paint facilities have been installed exclusively for Mazda vehicles. The colours which can now be applied are: Soul Red Crystal, Machine Gray and Snowflake White Pearl Mica.

Mazda started vehicle assembly in Malaysia in January 2011, with the Mazda3 (Axela in Japan). It began making the previous CX-5 in March 2013, exporting it to Thailand from September that year.