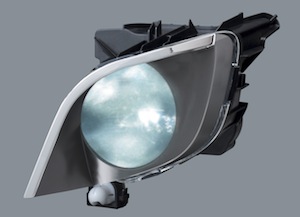 China – The two companies have been manufacturing partners for powertrain parts since 2012 but will now also collaborate in the production and sale of lighting systems. The Magneti Marelli business, Automotive Lighting Reutlingen, will own 60% of the new company – Changchun Magenti Marelli Automotive Lighting System – while Changchun Fudi Equipment Technology Development will hold the remaining 40%.

The manufacturing facilities of the joint venture will be located in the Xin Xing Industrial Park in the Economic and Technological Development Zone of Chanchun, Jilin Province, in order to supply customers based in north-east China. Ermanno Ferrari, CEO of Automotive Lighting, said the new JV will give the company “the ‘ideal’ footprint in a key country for automotive like China, covering all the strategic areas in which the most important carmakers are located with their facilities”. Both Chinese and international vehicle-makers operate factories in the region, and the statement from Magneti Marelli noted in particular the presence of the German premium OEMs.

The plant will be established in the first quarter of 2016 for a production launch in the same period the following year; it will make headlamps and rear lamps with halogen, xenon and high-end LED technologies. Covering 23,300 sq.m on 48,000 sq.m of land, the facility will employ around 800 workers at peak capacity.

Magneti Marellli Automotive Lighting entered China in 2005 with the opening of a fully owned plant in Wuhu. Two more factories followed, in Foshan in 2012 and Xiaogan in 2013 – the latter being a JV with China South Industries. In addition, the Automotive Lighting Headquarters and Research Centre are located in Shanghai.