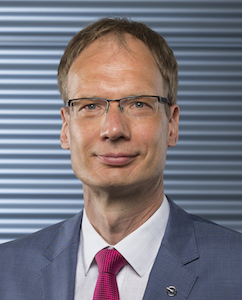 Germany – Stepping up from his role as CFO, which he has held since September 2012, Michael Lohscheller becomes CEO with immediate effect. Karl-Thomas Neumann is no longer speaker of the management board but will remain as a member of the board until the sale of the company to PSA Group is finalised.

Dan Ammann, chairman of Opel’s supervisory board and president of GM, thanked Neumann for his contribution over the past four years and praised “the tremendous progress in the turnaround of Opel/Vauxhall under Karl-Thomas’ leadership”.

Wolfgang Schäfer-Klug, vice-chairman of the supervisory board at Opel and head of the General Works Council, added: “He has managed to regain recognition with Opel, an improved brand image and a strengthened self-awareness, coupled with competitive, outstanding models.”

Michael Lohscheller declared that the company “will stay on the current path and continue to gain strength as part of the Groupe PSA”, emerging from the closing of the transaction as “a new European champion”.

Neumann said he will take time to decide his next move after stepping down.