Johnson climbs to the top at Caterpillar 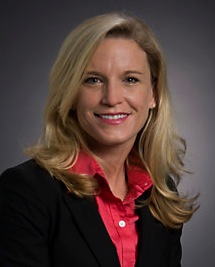 US – Replacing Ed Rapp, who is retiring, Denise Johnson will assume the role of group president from April 1. Since 2014, Johnson has served as vice-president with responsibility for the Material Handling and Underground business, as group president of Resources Industries.

Johnson joined Caterpillar in 2011 as general manager of its Speciality Products division, a role in which she had responsibility for 20 facilities worldwide. She previously spent 22 years with General Motors, where she gained expertise in operations and product management in various positions across the US, Canada and Brazil.

The following year, Johnson was named vice-president of Diversified Products, with responsibility for forestry, paving and on-highway trucks. In 2013, she became vice-president of Integrated Manufacturing Operations, overseeing major activities in the company’s largest division at the time.

Caterpillar said that Johnson’s successor in her current role will be confirmed at a later date.