Heiss takes over at BMW Brilliance 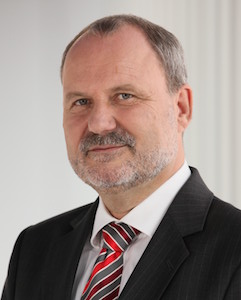 China – Replacing Olaf Kastner, Anton Heiss will become president and CEO of the joint venture while continuing to manage its production sites in Shenyang. Kastner will take over as head of BMW Group sales in China from Karsten Engel, who will return to Germany.

Heiss joined the BMW Group in 1998 and has held a range of management roles in production and powertrain systems worldwide. Since 2013, he has overseen the two vehicle factories and one engine plant at Shenyang, plus the purchasing and R&D activities.

During his tenure, Kastner expanded the collaboration between BMW and Brilliance Auto and the contract has been extended for ten years to 2028.

Engel arrived at BMW in 1985 and has been head of the China sales region since 2012. Under his leadership, BMW expanded its range of products and services for its largest single market – where it sold 455,000 vehicles last year – and introduced electro-mobility with BMWi.