BMW progresses with i8 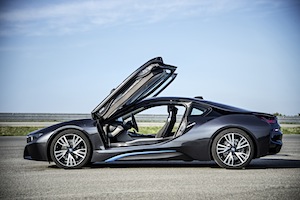 Germany – The OEM announced that development work and production preparations have now been completed at its plant in Leipzig. From June, customer deliveries will begin with the main European markets.

BMW says it has a backlog of orders, with demand exceeding planned production volume during ramp-up. Customers have been able to pre-order the vehicle in all major markets since autumn 2013.

Series production of the i8 will begin in April.