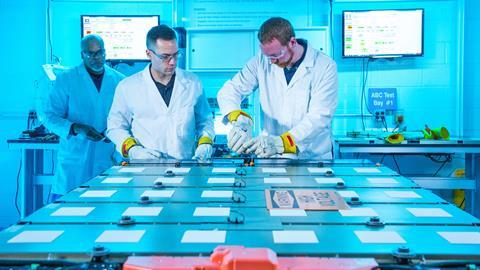 Leader of the pack: GM looks to optimised cell chemistry and format for EV success

General Motor’s director of global battery cell and electrification strategy, Tim Grewe, discusses the company’s EV Ultium programme and offers some insights into its choice of battery chemistry and format

In December 2021 General Motors (GM) launched both its new range of Hummer pick-up trucks and its BrightDrop Zevo 600 light commercial cargo van. The most obvious common factor shared by the two is that they are electric vehicles (EVs). Both also claim appropriately high-performance standards for battery-powered vehicles.

For the Hummer, the relevant figures are an estimated range of over 350 miles on a single full battery charge with an ability to get 100 miles worth of charge into the vehicle in just ten minutes using an 800V DC charging station. For the Zevo the corresponding figures are a range of up to 250 miles with a peak charge rate of 170 miles worth of charge per hour via 120kW fast-charging. 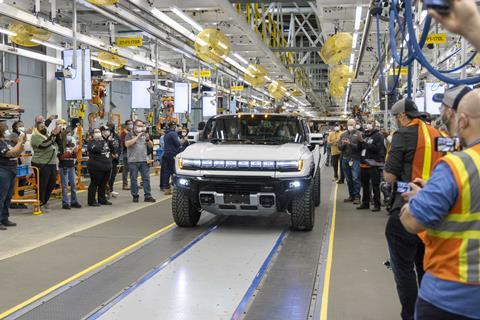 But the real significance of the two vehicles is pointed out by Tim Grewe, director of global battery cell and electrification strategy for GM. They are, he confirms, “the first vehicles” made by the company to use its new Ultium battery technology developed by GM in collaboration with Korean LG Energy Solution.

Grewe explains that the term ‘Ultium’ is quite broad in its application. “It is used for many things including the associated charging network that we call Ultium 360 and the cell manufacturing plant that has the name Ultium Cells,” he explains.

Indeed, Grewe elaborates, everything about the vehicles derives from the nature of the cells themselves. “They are a custom format designed around GM vehicles,” he states.

That format starts with the physical configuration of the cells. They are, Grewe confirms, “pouches 580mm in length and 115mm in height”. Moreover, these dimensions never change “whatever the application” and the cell module assemblies (CMAs) are always laid transversely across the underside of the vehicle.

There may be some variation, though, in the CMAs. “There are two versions of cell configuration either three in parallel with eight in series or two in parallel with twelve in series,” Grewe states. “But there are still always two CMAs across the vehicle each with 24 cells. That is the foundational building block.” 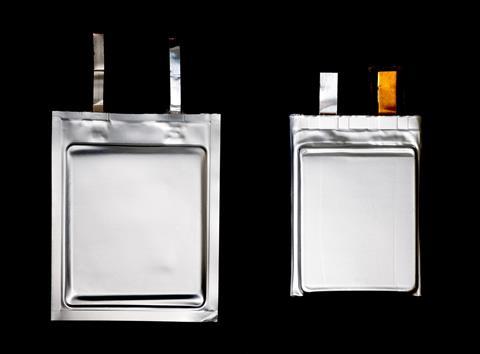 Advanced lithium chemistry
But, as Grewe, also makes clear the real innovation in the Ultium cells in is their most basic characteristic – their chemistry. “They have very advanced lithium chemistry – nickel-manganese-cobalt-aluminium (NMCA),” he states. “Compared to previous battery technology used by company they provide a 20% increase in energy density and at the same time a 70% reduction in cobalt content.”

The NMCA, Grewe confirms, is the “active cathode material”. Indeed, he is emphatic that the focus of innovation in the Ultium chemistry in this first generation of the technology is in the cathode. “The cathode is where the real magic is at the moment,” he states. “The ability to say we have now got a rechargeable breakthrough that will last the life of the vehicle is in the NCMA.” Meanwhile the graphite-coated anode is for the moment at least more conventional.

Grewe reports that manufacturing starts with electrode production, specifically “putting NMCA onto cathode foils.” Cell assembly then involves sequential operations to cut, stack, weld and seal the cathode and anode into the cell pouch. “They are laminated together with a separator so that you don’t get an electrical short,” reports Grewe. “The electrolyte is a salt category organic material that is very specific to the application.”

Development of the manufacturing processes, which Grewe describes as containing “a lot of innovation”, was also carried out jointly by GM and LG. The first US manufacturing plant Ultium LLC in Warren, Ohio, which is formally a joint venture between the two companies, is now ramping up production, with two more coming in Spring Hill, Tennessee, and Lansing, Michigan.

“We have an entire initiative to ensure security of supply and are securely sourced for a million vehicles a year” – Tim Grewe, General Motors

Cell module assemblies
But in addition to the cell chemistry there is also innovation at the CMA level. The CMAs are, Grewe indicates, highly self-contained. “They are water-cooled so there are water in and out points and there are obviously also plus and minus points on the power for the main connections,” he says. “But otherwise everything else is wireless.” That is the case, he points out, for the electronics for the safety monitoring and balancing of the cells. “They draw their power from the cells themselves,” he explains. In fact, the company’s own official figures claim an 80%reduction in total battery pack wiring for Ultium batteries compared with their immediate predecessors.

But GM has no intention of standing still and, as Grewe confirms, ways of obtaining further improvements are already being explored. Interestingly they will, he indicates, almost certainly result from a shift in focus from the cathode to the anode. “The move from a graphite-carbon based anode to a lithium metal anode would be the big change to get a jump in energy density,” he says and confirms “that is already in pilot phase.”

Grewe adds, another means of obtaining overall cell performance improvement through anode enhancement is on the company’s radar. “Adding silicon to the graphite could give it a four-to-one better way of holding lithium,” he states. “That would not be as good as what pure lithium metal anodes could achieve but it would be three quarters of the way there.” Moving as far as possible from graphite to silicon as an anode material has to be an objective, he explains, “simply because silicon just works better with lithium.”

A further objective in current work is to continue the reduction in cobalt content that is already so marked in first generation Ultium cells. Indeed, the target is to eliminate its use entirely. “We are now working towards being cobalt-free,” confirms Grewe. In the other direction one material being targeted for increased use is manganese. The reason is simple enough. “Manganese is much more plentiful and lower cost than nickel,” states Grewe. “So, getting towards more use of manganese is a definite objective.”

Grewe is confident this shift in the focus of innovation from cathode to anode materials will be the cardinal feature of battery development work at GM over the near future. “Cathodes represent the biggest jumps at the moment but the biggest ones that are coming will be in the anodes,” he confirms. “For that future the main areas for anode improvement will involve silicon additives to carbon materials and pure lithium anodes.”

Securing materials supply
Meanwhile another aspect of the future where Grewe feels similarly assured is in the area of security of material supply. “We have an entire initiative to ensure security of supply and are securely sourced for a million vehicles a year,” he states. “But we are looking to improve that and already have 20 agreements with nickel companies or suppliers of lithium.” Interestingly, Grewe adds, GM is also looking to extend the reach of its innovation its battery materials supply chain quite literally back to the point of its extraction from the ground. In this respect, he states, “we work with some of the most advanced lithium companies that are just entering the market.” 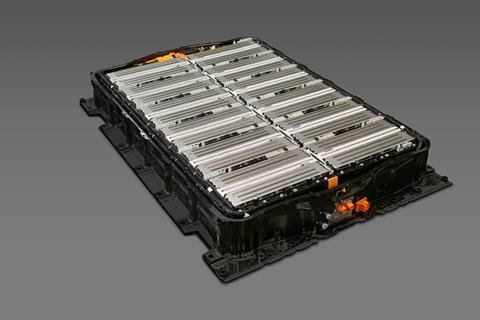 An example Grewe cites in this instance is Controlled Thermal Resources, which is implementing a highly environmentally efficient extraction process close to the San Andreas Fault in California. “They drill for hot lithium-containing brine, use the heat to generate electricity, extract the lithium and then put the brine back in ground,” he explains

Much of this, Grewe says, is driven by a fundamental shift in the mindset required to support the development and manufacture of electric vehicles. “The approach for EVs is different,” he states. “That is why Ultium is a dedicated architecture optimised for EVs. It just wouldn’t just fit in an ICE platform.”

Optimising the battery pack
As Grewe explains everything derives from the battery pack. “You have to optimise the pack and make room around it because it is the highest cost part of the car,” he states.” For instance the body pick-up points used in manufacturing will be in new locations because you don’t need to have all the proliferation that results from front wheel, rear wheel and all-wheel drive formats. The biggest change really is in the way you set up your body-powertrain marriage to take advantage of the battery pack and optimise around it.”

It is a change that, Grewe confirms, is set to be become pervasive practice at GM as he lists a few more of the vehicles the company will be launching with Ultium battery systems “Hummer SUV, Chevy Silverado, Blazer Equinox, other versions of Brightdrop.” In fact, he states, “we are just starting a high-volume ramp that will lead to a massive rollout.