New car manufacturing facilities will need to be highly flexible as the trends of vehicle electrification and autonomous driving continue to evolve. Mercedes-Benz futuristic ‘Factory 56’ paves a new path. By Christopher Ludwig and Michael Nash 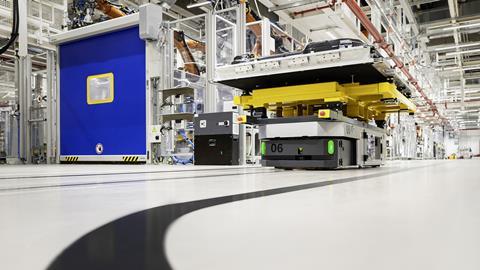 Already described by the OEM as the “world’s most modern car production” facility, Factory 56 which opened in 2020 to house the assembly of the new S-Class as well as the first electric vehicle (EV) in the new EQ family – the EQC. Mercedes-Benz believes that, when completed, the factory will “define a new way of building cars”.

AMS sat down with Markus Schäfer, member of the divisional board of Mercedes-Benz Cars, production and supply chain, to get more information.

Collaborative robots, otherwise known as cobots, will feature heavily in the new facility. Mercedes-Benz has been using these at its production sites for several years after signing an agreement with Kuka back in 2012, and Schäfer believes that they will continue to be crucial to vehicle manufacturing in the future. “The direct cooperation between people and robots means the cognitive superiority of people is ideally combined with the power, endurance and reliability of robots,” he said. “It facilitates different objectives: higher quality, increased productivity, new possibilities for ergonomic and age-conformant work.” 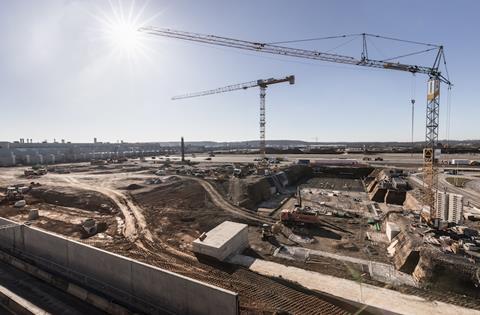 An impact of Factory 56 construction underway in 2018, before Mercedes-Benz opened the extension to Sindelfingen in 2020 to produce luxury-class cars and electric vehicles 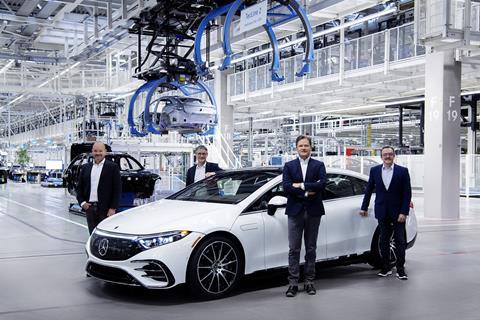 Markus Schäfer, pictured front left, pictured at the start of EQS electric vehicle production in 2021 at Factory 56 in Sindelfingen

As well as helping it to meet customer demand, Schäfer thinks that this type of flexibility will also ensure that Mercedes-Benz can weather any storms caused by political issues. He referred to trade barriers in China and tariffs from the Trump administration for steel and aluminium. “Furthermore, India has high custom duties and Russia is changing its duty scheme. We can’t control these things, but a flexible production system gives us manoeuvrability,” he concluded.