Hyundai announces $5.5 billion investment in vehicle and battery plant in Georgia, US

The South Korean automaker will make batteries at the plant with a yet-to-be-named strategic partner and the investment will create 8,100 jobs. 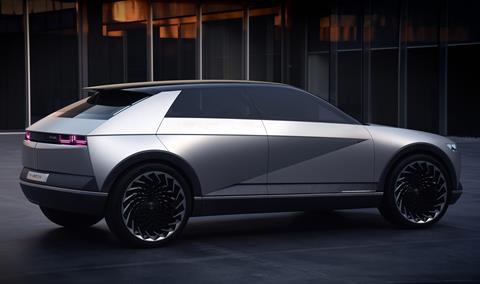 Hyundai Motor Group will invest $5.5 billion in a factory to produce electric vehicles and batteries from 2025 in the US state of Georgia.

The plant will produce up to 300,000 electric vehicles per year and further the group’s goal of becoming a top-three brand in US electric vehicle (EV) sales by 2026, it said.

Battery manufacturing will take place with a strategic partner who the carmaker will name at a later date when it will also identify which models it plans to produce at the site.

“We decided to build our first dedicated EV plant in the US because America embraces change and drives innovation,” Jaehoon Chang, Hyundai Motor president and CEO said.

The automaker said opening a battery manufacturing facility in the US would enable it to establish a stable supply chain there.

Hyundai’s investment, which will create 8,100 jobs comes amid a flurry of other such announcements by rival automakers seeking to gain a foothold in US EV production.

Globally, Hyundai has a target of selling 3.23m battery electric vehicles annually by 2030.

The automaker said it plans to implement at the Georgia plant many of the advanced manufacturing technologies it is currently trialling at its innovation hub in Singapore and to make widespread use of artificial intelligence and data at the new site.

Lithium-ion battery production is dominated by Asian producers including several from Hyundai’s native South Korea but automakers are seeking to gain greater control over the supply of the cells by producing their own, with a squeeze on battery minerals likely.

In-house battery production is also an economic strategy due to the fact that the battery is the most valuable single component in an electric car.

US-European automaker Stellantis has announced plans to invest $2.5 billion in a joint venture with Samsung SDI to produce battery cells and modules in the US state of Indiana.

Stellantis and US automaker GM have entered into separate North American joint ventures with another Korean battery maker, LG Chem while Ford is investing $11.4 billion in three new US battery plants with SK Innovation, also from South Korea.

Hyundai said its Georgia investment is part of the $7.4 billion it plans to invest in the US by 2025 in EV production and smart mobility solutions, as announced in 2021.

Georgia is the US manufacturing hub for fellow Korean automaker Kia which is also part of the Hyundai Motor Group though distinct from Hyundai Motor Company. The state’s workforce, favourable business conditions and network of suppliers favoured the location, the automaker said.