General Motors is moving forward with investments to equip its factories to produce electric vehicles (EVs). The Spring Hill, Tennessee plant gets a $2 billion upgrade to produce the Cadillac Lyriq and the and Detroit-Hamtramck plant will see $2.2 billion invested to produce the recently unveiled GMC Hummer EV. 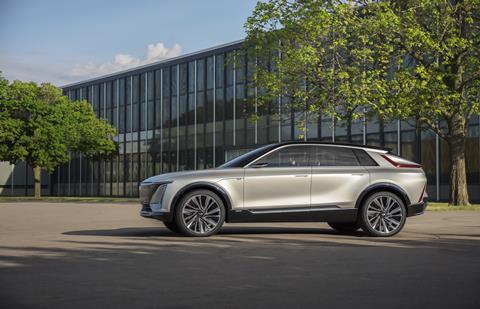 The production version of the Cadillac Lyriq concept car will be produced in Spring Hill, Tennessee

The Spring Hill and Detroit-Hamtramck plant are joining the Orion Assembly plant in Orion Township, Michigan, which makes the Chevrolet Bolt, in being converted to produce battery electric vehicles. The Hummer is expected to enter production in late 2021, while the Lyriq is expected to launch in 2022.

The upgrades to the Spring Hill facility include expanded paint and body shops, as well as new machines, conveyors, controls and tooling for the general assembly. Earlier this year, the engine production facility at Spring Hill received a $40m upgrade.

Spring Hill will continue to produce the ICE-powered XT6 and XT5 SUVs alongside the upcoming Cadillac Lyriq, but the GMC Acadia SUV will move to the Lansing Delta Township Assembly, which will see an investment of more than $100m.

Detroit-Hamtramck Assembly Center will be renamed Factory Zero to reflect its status as GM’s flagship innovation factory, focusing on vehicles that move towards zero emissions, zero crashes and zero congestion.

GM unveiled the design of the new Hummer EV on October 20th.

The investment also funds a number of upgrades in order for the plant to itself be sustainable. During the upgrade works, concrete waste was repurposed to create temporary roadways. The site also recycled stormwater to reduce discharge costs and offset the cost of potable water. Treated stormwater will be used in cooling towers and the fire suppression system. The site also features a 16.5-acre wildlife habitat recognized by the Wildlife Habitat Council. 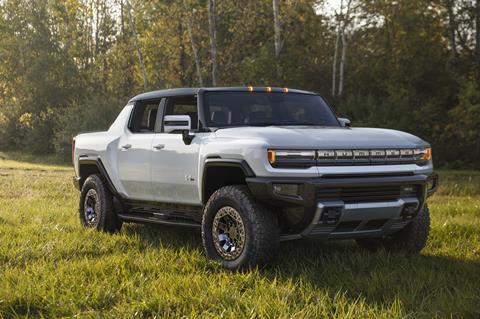 The GMC Hummer EV will be produced at the Detroit-Hamtramck, which is being renamed Factory Zero

GM says all its facilities that are served by energy supplier DTE will be powered by renewable energy by 2023. Factory Zero also features a 516kW ground-mount photovoltaic solar array and a 30kW solar carport.

To shorten the supply chain for its EVs, GM has a joint venture with LG Chem, Ultium Cells, which is investing $2.3 billion to manufacture battery cells in Lordstown, Ohio for use in the EVs manufactured at Factory Zero. The construction of this facility is underway, and the companies claim that this will create more than 1,100 new jobs.

The batteries produced there will use NCMA (nickel-cobalt-manganese-aluminum) chemistry, which, according to GM, reduces the cobalt content by 70% compared to the batteries it uses at the moment. 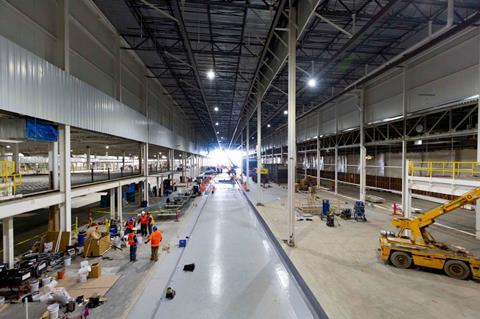 Reducing the need for the expensive and controversial material cobalt is currently one of the main goals in battery development, with Tesla claiming it has a solution in the works that will eliminate it entirely. It aims to replace it with either iron, a mix of nickel and manganese, or pure nickel, depending on the application.

A number of GM’s other plants will also receive major investment. The carmaker will invest $32m at Flint Assembly for future production of heavy-duty Chevrolet Silverado and GMC Sierra pick-ups. GM will further invest $17m in the Romulus, Michigan propulsion plant to enhance automation and increase production capacity for the 10-speed transmission that is used in large pick-ups and SUVs. Finally, the Orion Assembly plant, which makes the Bolt and the Cruise autonomous test vehicles, will be the subject of a further $3.5m investment.