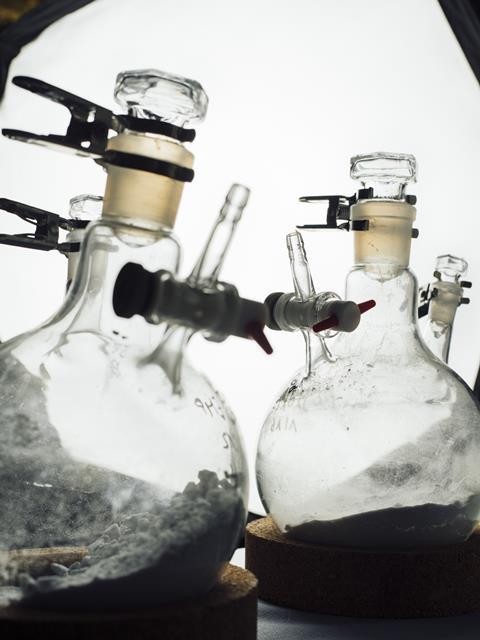 In 2025 BMW intends to introduce the first in a new class of electric vehicles under the NEUE KLASSE banner. Just what the first vehicle will be, has not yet been announced. But the company has made clear that the vehicles will embody significant advances in three distinct areas – IT and software architecture, sustainability across the entire vehicle lifecycle and both drivetrains and batteries.

New generation of batteries for BMW
On the last of those counts the changes BMW is intent on introducing in what will be the sixth generation of lithium-ion batteries it has used in its cars both advances in battery chemistry and a new shape. Together these will, the company promises, provide an increase in energy density of 20%, accelerate charging speed by 30% and increase range again by 30% compared to the current battery technology it employs. It states that a mix of “simulation and testing” makes it entirely confident these figures will be realised in practice.

The company is keeping precise details of changes to battery chemistry under wraps for the moment. “Several improvements have been made with exact details being proprietary,” the company states. “The settings on the anode and cathode are in the best fit between energy, cost and cell design.”

But some general indications of what will be involved have been released. Compared with current generation battery cells the nickel content on the cathode side will be increased, with the cobalt content correspondingly reduced. It also says that these new cells will for the first time offer the option of cathodes made from lithium iron phosphate (LFP). Cells using LFP in this way, the company adds, will be most likely be best suited for entry sized models.” Meanwhile on the anode side the silicon content will be increased. 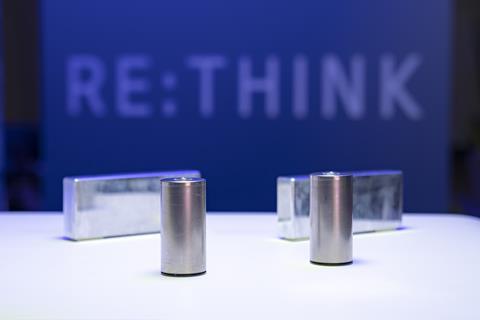 The most obvious and visible change, though, will be in the shape of the battery cells. The previous prismatic geometry will become cylindrical with a standard diameter of 46mm and two different heights.

Again, the company avoids being too specific about why it has chosen this option. “For each and every generation of batteries it is our goal to develop the best possible technological solution on a battery-cell level as well as a battery-pack level,” it states. “The respective solutions must deliver the optimum for the architecture they will be used in. The deciding factors are energy, safety, vehicle integration and sustainability. This design has been chosen after a thorough investigation of all possible alternatives.”

Developing closed loop production of battery cells
The company also indicates that it will be adopting what it terms a ‘cell to pack’ approach that will obviate the module level. The pack will then be integrated with the vehicle in a ‘pack to open body’ manner meaning that whole system will have a structural role in the body of the vehicle.

Elsewhere the enhanced sustainability that BMW aims to achieve in its material usage for these new generation cells will result in large part from a deliberate policy of material reusage. “Cell manufacturers will use cobalt, lithium and nickel that include a percentage of secondary material i.e., raw materials that are not newly mined but already in the loop in the production of battery cells,” the company states.

In fact, the long-term goal of the company is to achieve the goal of fully recyclable battery cells. It says that it is currently creating a closed loop for reuse of the raw materials nickel, lithium and cobalt from high-voltage batteries in China as a deliberate step towards this longer-term objective. But more immediately it states that with a commitment to use only renewable energy sources for the actual production of battery cells, it will reduce the carbon footprint of it sixth generation battery cell production by up to 60% compared to the current generation of battery cells.

On a longer timescale BMW is also pushing forward with the development of all-solid-state batteries (ASSBs). The company states that it aims to have high-voltage batteries of this type ready for series introduction by the end of the decade and promises it will present a demonstrator vehicle with this technology on board “well before 2025”.

Inorganic electrolyte material
Meanwhile another company putting the emphasis on cylindrical cells as the basic building block for EV batteries of the future is Innolith headquartered in Basel, Switzerland. But in this case the company is not a long-established giant of the automotive manufacturing industry but a specialist battery technology development operation currently employing about 80 people that was set up as recently as 2018.

As CEO Konstantin Solodovnikov explains the company’s origins date back even further to academic research that identified the use of inorganic electrolyte material as a key potential advance in battery technology. But by 2019 the company had finalised the formulation of a new liquid electrolyte with a solvent and conductive salt that it claims completely obviate the problems that can occur with organic counterparts in high voltage applications. Specifically, it avoids the reaction that can occur between active cathode materials and the solvents in organic electrolytes that can in turn lead to degradation of the electrolyte and consequent impaired performance of the whole battery system.

Solodovnikov notes that initially the company thought its material formulation would suit grid applications, but it soon realised that batteries for EVs and indeed all forms of electro-mobility would be a better fit. So, from the beginning of 2020 it focused entirely on integrating its electrolyte formulation into a cylindrical cell format that would meet the demands of a broad section of the automotive industry. That goal has now been achieved and the company now has a product that is at ‘full readiness” for industrialisation. 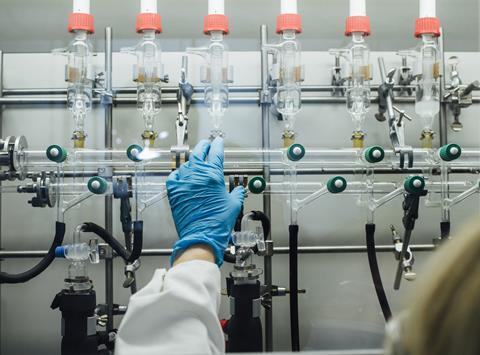 The details are confirmed by chief engineer Markus Borck, who works at the company’s R&D operation in Bruchsal, Germany. The company has deliberately aimed to package its technology in cylindrical cells measuring 70mm in height and 21mm in diameter, which he indicates is a widely used format that is almost an unofficial standard.

But, Borck continues, the electrolyte formulation has implications for material usage elsewhere in the cell, particularly in cathode applications, that the company is confident offer some distinct advantages. “We currently focus on compatibility with standard materials such as nickel and manganese, but we are also compatible with newer materials,” he explains.

Electrolytes helping to reduce cathode material requirements
The key point about combining the new electrolyte formulation with existing standard materials is that it enables a significant reduction in the usage of those materials. “We still use nickel, manganese and cobalt for cathode applications in the ratio 8.1.1, respectively, which is standard industry practice,” says Borck. “But we use about 20% less material in total than is common elsewhere.” In addition, the Innolith electrolyte facilitates the use of higher grades of nickel-rich materials. As a result, he continues, “we can get approximately 20% more capacity from this material than in conventional cells.”

The company claims several key performance benchmarks for its cells. These include an energy density of 300Wh/kg, a 10-80% fast charge capability in just 15 minutes, both non-flammability and complete recyclability of the electrolyte and the ability to operate in extreme weather conditions. “We have a large temperature window,” says Borck on the latter point. “We can discharge cells at temperatures as low as minus 40°C and charge them at temperatures as low as minus 20°C.”

Right now, the company is proceeding to the stage of designing battery packs with the cells. It is also, Borck confirms, working on new combinations of active materials including lithium-manganese and lithium-manganese-iron phosphate. He adds that an “anode-free concept” capable of an energy density of400+Wh/kg has proven feasible in tests.

Solodovnikov explains that partnerships with automotive OEMs are very much an objective because the vertical integration that now characterises such companies can help with industrialisation, while their sheer market presence could also help with the sourcing of raw materials for mass production. He indicates that while the licensing of production to car or battery makers is not ruled out Innolith would prefer a more collaborative approach. “We want to be part of the process,” he explains.

A vital parallel step towards the larger goal of full industrial scale production will be the construction of a pilot manufacturing plant. Solodovnikov confirms that the company is raising the capital for this right now and is hoping to start construction hopefully at a site in Germany in the first quarter of 2023.

Possibilities beyond that include the development of a prismatic version of the cell if the market shows an interest. Interestingly Solodovnikov says that prismatic was the initial projected format for the cell before the greater immediate commercial potential of the cylindrical shape made itself evident. But if all goes well then he postulates that “2024 might be a reasonable estimate for when a car with an Innolith battery pack might be on a test track