The human side of artificial intelligence

The robots are coming, and we should all be welcoming them, according to BMW, which has a plan to introduce AI to its factories, starting from grassroots initiatives. Report by Illya Verpraet 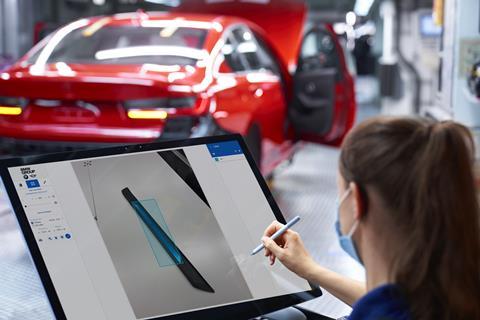 Artificial intelligence or AI is one of those buzzwords that will soon either save or destroy the world, but it’s not always clear exactly how, not least for production workers on the floor of an automotive assembly plant. BMW is introducing AI into its production processes to boost efficiency and quality, but wants the initiative for new applications to come from the shop floor personnel, rather than be imposed from above.

Matthias Schindler, cluster supervisor for smart data analytics in the production system at BMW, explains that one of BMW’s goals is to democratise AI by making its applications open-source, and by getting the production staff on board: “Everybody should understand what AI is good for, what AI can do, what needs to be invested into AI to get it running 100% robustly,” he says. “And of course, we don’t want anybody to fear AI because this is some sort of monster. We also don’t want anybody to overestimate it because this isn’t a black box with a magician in it – you also have to invest something into the AI.” 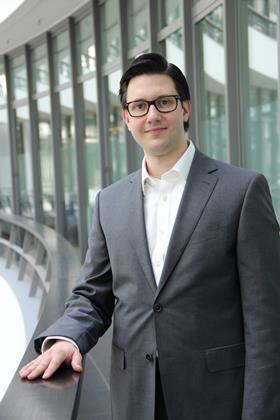 DIY AI
To that end, BMW set up an internal communication campaign explaining advantages and requirements of AI and urging employees to come up with ideas about how AI could improve the production process or their own daily lives on the job. Schindler says that all the AI applications in use at the moment were developed based on requests from employees.

At the moment, AI is mainly proving its worth in the area of quality control, through object recognition. The prime example of this is an application that recognises whether the correct model designation badge such as 330i, 530e, X5, etc. has been placed on the right car.

Schindler recounts that an employee came to them, bored of his task to note the badge installed on the car and cross-checking it on the computer: “he would like to use this time for better, more interesting, more creative tasks, but as there was a car passing every 90 seconds in that case, there was no space left for more interesting tasks for him. With the help of AI, we can automate these tasks, and right now the employee has time to help his colleagues in process improvement and really added-value tasks.”

The popularity of the call to suggest use cases for AI prompted the team to develop a self-service application that can run on any computer and doesn’t require any coding, while the base code for the neural networks is freely available on software hosting platform GitHub. 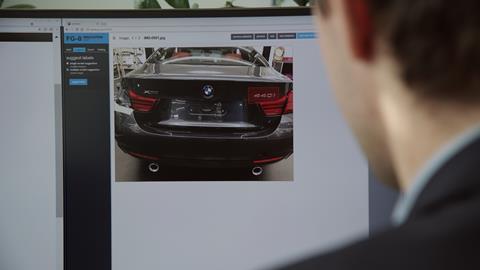 One example of the application of AI is ensuring the correct model designation badge such as 330i, 530e, X5, etc. has been placed on the right car

BMW’s philosophy, according to Schindler, is that technology should serve people and that AI is just one more tool in the toolbox of the shop floor workers, who should understand what’s in it for them and how AI can improve their daily business.

“We have 50,000 production employees, so we cannot go through every single one of them and promptly solve their daily problems with a data scientist. This is why we bring them the self-service for AI, because we think that today’s algorithms are really powerful and they can be used by everybody.”

Despite the self-service possibilities, it is vital that AI applications that are introduced into a live system are 100% robust. They are developed at one location, brought to maturity and then rolled out to the production network. For instance, the badge recognition originated in Dingolfing and is now in the rollout phase for every plant.

“Everybody should understand what AI is good for, what AI can do, what needs to be invested into AI to get it running 100% robustly” – Matthias Schindler, BMW

Join BMW’s Matthias Schindler along with automation and robotics experts from Ford, Symbio and Cosmo Tech for an exclusive Livestream on how AI and automation technology can support production workers. December 17th at 9.30 EST | 14.30 GMT | 15.30 CET and on-demand after

Open-source neural networks
It’s not just its own employees that are invited to use BMW’s AI developments, either. As the base code is published on GitHub, anyone can take it and build on it. Rather than giving away trade secrets, BMW sees it as democratising AI and opening the door to new partnerships.

It also gives BMW access to world-class private developers, as well as software development companies, who would not ordinarily be interested in what an OEM is doing in manufacturing.

BMW’s AI developers didn’t start completely from scratch themselves, either. AI is always powered by an artificial neural network and many ready-made, pre-trained ones are freely available. BMW’s engineers test a number of them to find a suitable candidate for a particular use case, then the network has to be trained for the specific application using a set of training data.

For the application where the AI verifies whether cars have been fitted with the correct model designations, that data set needs to contain around 100 to 1000 images per feature, which then has to be manually labelled so that the AI can match what it sees to the correct ‘answer’. Ultimately the complexity of what the AI needs to recognise informs how much data is required.

The size of the data set, which can get out control for some applications, is still one of the factors limiting the scope for AI. Schindler gives the example that “our colleagues always ask us: ‘is there any AI which would find any small scratch or dent anywhere on the vehicle’s outer skin?’. And this is still a limitation because on the one hand, we would have to have a very large data set. On the other hand, it would demand a very precise sensor when it comes to camera.”

Although for some applications, the camera equipment is still a limiting factor, in a lot of cases the opposite is true. Schindler explains: “When you compare AI with conventional computer vision, the hardware – for example, the photo sensor, or the camera – can be much cheaper because AI is pretty robust when it comes to environmental conditions. 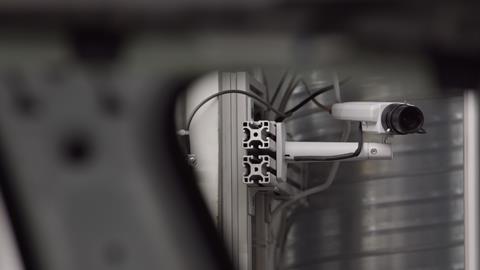 Thanks to AI, it’s often possible to use cheaper cameras

AI, on the other hand, can deal with lower resolutions and needs just one photo of the whole rear of the car – and therefore just one camera – to verify all the badges. Of course, the camera needs to be of industrial quality, and AI can place some higher demands on the computing hardware to ensure whatever the AI needs to do happens within the production line’s cycle time.

Schindler says AI is always cheaper on the software side, though, and requires less manual input: “We only take pictures, roundabout 100 pictures per feature. Afterwards, we label them. For example, we pull these rectangular bounding boxes around the respective area in every picture using our own BMW labelling tool, but that is it – no manual code writing or a definition of a grey scale.”

Ultimately, the goal of AI is not to replace people, Schindler says. Instead, it’s there to replace outdated, yet expensive technology, like computer vision booths, which require a lot of man hours and money to programme every single pixel, define the grey scale, check it and tighten the window of tolerance. Integrating AI-powered quality control into the production line also allows BMW to do away with dedicate camera booths, which take up space, but don’t contribute to production.

Rather than replace them, the AI should boost employees’ job satisfaction and give them the freedom to improve the products and processes. Schindler says: “We believe in our employees, who are the only ones that can see the car through the eyes of a customer. We want them to bring the finesse to a car, not perform repetitive or physically demanding tasks which robots or AI could perform just as well or even better. We want to have the optimal division of labour.”

It’s a world of possibilities
AI can often be painted as a silver bullet to solve any problem, but what are some of the concrete applications within manufacturing? Schindler says: “typically, an AI can learn to solve almost every question a human being could”, so BMW is looking to implement AI across the four departments of its production operations – that means the press shop, body shop, paint shop and assembly, but also other fields, such as logistics, components manufacturing and engine assemblies.

In addition to the development to recognise badges on the rear of the car and check whether they are correct, AI is used to check whether the right decorative sill plates have been installed. In the press shop, AI is used to detect tears in sheet metal immediately after it has been pressed, making sure to do this within the line’s 1.7-second cycle time. In fact, the AI only needs 200 milliseconds.

AI is also helping with the in-plant logistics. It has allowed BMW to do away with painted lines on the floor for automated guided vehicles. Instead, the transport robots are 100% autonomous and are able to detect where boxes are located, and where people, forklifts or bicycles might cross their path. The robots that automatically pick up boxes and components use AI to work out where to best grip the item.

At the engine plant in Steyr, Austria, AI is being used to optimise the return of empty boxes to suppliers. The AI can recognise whether multiple small boxes are stacked onto a pallet – and therefore have to be tied together before they are loaded onto a truck – or whether it is just one large box. 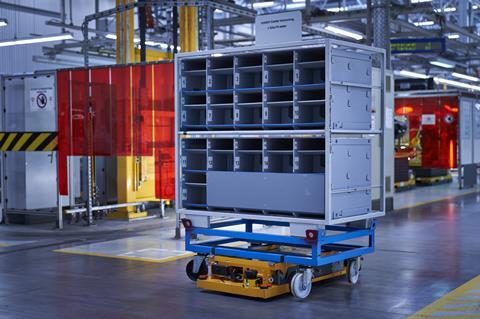 All these different applications of AI are fundamentally based on the same neural network technology. Schindler explains that AI mainly assists in decision making. Currently, it is focusing on fairly easy use cases, with narrow AI and a well-defined set of possibilities allowing for a high level of robustness. For that reason, ambitions like recognising scratches on paintwork are still out of reach as there are too many possibilities – the number of different possible scratches is near infinite.

The next frontier for such applications will be to get AI to do 3D image processing, or even just 2.5D – adding colour or depth recognition. Other advances like point cloud processing could make transport robots even smarter, and allow use of AI for navigating robots. Drifting slightly away from production itself, Schindler says BMW is looking at some fairly mature natural language processing applications for AI. These can help search documents such as manuals for technical equipment and error reports much more efficiently than people to find solutions to new problems within manufacturing.

A final application where BMW sees meaningful improvement in the near future is in data processing and analytics. Some installations in the paint shop and press shop at BMW take measurements at 1,000Hz, generating huge amounts of data, and AI can help make connections that human observers might not see.

BMW is already using AI for predictive maintenance. Schindler says the first predictive maintenance solutions around 2017 were fairly simple statistics, but AI has meant a step change in efficiency, as it could look at the vast amounts of older data from brownfield plants and analyse it effectively by making connections between distant data points. He sees the biggest advantage for the future in anomaly detection, as the AI will be able to discover rare errors that aren’t part of a pattern and wouldn’t normally be picked up.

Read more about BMW in the AMS Winter digital edition.