Exterior finishes may catch the eye, but interior coatings must also fulfil aesthetic and functional needs 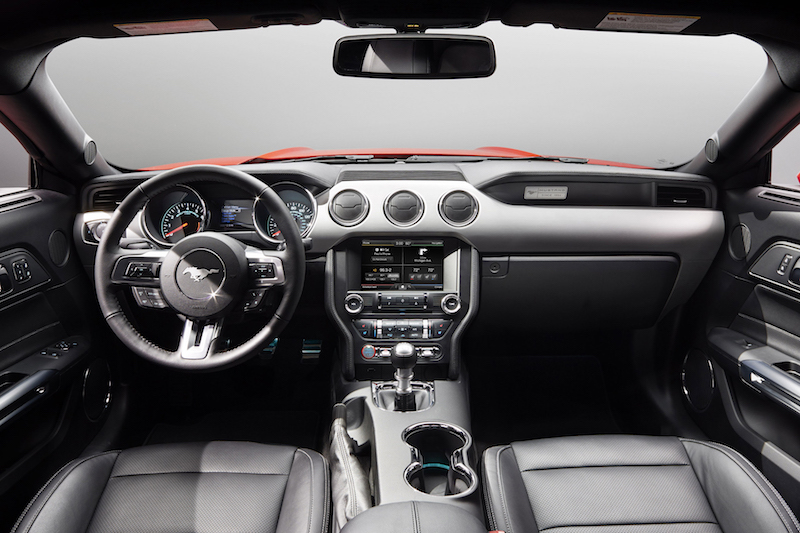 Automotive interior coatings have two main functions: to provide a quality decorative finish and to be warm to the touch, helping occupants to feel ‘at home’ in their vehicle. These coatings are mostly applied to plastic and leather substrates; a small amount of real wood is used in some premium vehicles, but in general, plastic-based materials with coatings which look like wood have taken its place in vehicle interiors. As detailed below (see boxes), there have been a number of recent developments in interior coatings, notably ultraviolet (UV) coatings, the combined direct coating and skinning process – arguably the most significant recent development in one-shot and in-mould coating – and physical vapour deposition (PVD).

The finish of interior parts, especially plastic parts fitted in and around the cockpit, is crucial to both the perceived and the actual quality of the vehicle. In addition to the sensory aspects, both visual and haptic (tactile), coatings must fulfil a number of functional requirements. These include protecting the components from scratches, weathering and UV rays, as well as products such as cosmetics and cleaning agents, which frequently come into contact with vehicle interiors. In response to the use of such harmful materials, and the need to maintain the quality of interior parts in service, the industry now sees UV coatings as a crucial technology.

In parallel with the rising popularity of UV coatings, the industry has seen the emergence of two-component paint systems which allow suppliers to coat parts that are made of polypropylene (PP) and thermoplastic polyoelfein (TPO) without the need for either pre-treatment or a primer. A further development has been that of a filler-free paint process which eliminates intermediate drying stages, lowers energy consumption by as much as 20% and also reduces the factory footprint. The first car companies to use the two-component system for painting PP and TO parts without flame treatment were General Motors and Toyota. Meanwhile, the solvent-free, 100% UV-curing clearcoat process for coating acrylonitrile butadiene styrene (ABS) was first approved by Renault, Volkswagen and Daimler.

In addition to enhancing the visual quality and feel of vehicle interiors, coatings play an important role in keeping these components clean and eliminating inadvertent noises; a 2014 quality survey by market research company JD Power found that squeaking or other sounds from interior parts was one of the most significant irritations highlighted by consumers.

In terms of keeping the parts clean, the main issue is how easily seat materials scuff and soil, affecting light-coloured interiors in particular; blue-dye transfer from jeans was identified in the survey as the key problem for seats. One solution has been developed by Dutch company Stahl, which has developed a coating that protects pale leather and synthetic surfaces. It has also developed PolyMatte, a material which adds to the luxurious feel of the leather treated with Stahl’s coatings.

One of the leading companies in the area of UV coatings is US company Red Spot Paint and Varnish, which collaborates worldwide with Fujikura Kasei of Japan. According to Red Spot, the increasing use of harsh chemicals in sunscreen and cleaning products means that the operating environment for conventional coatings has changed in recent years. The company has identified adhesion loss and surface bubbling on interior parts as particular problems caused by the prevalence of such chemicals. In parallel, the industry has faced increasing pressure to adopt eco-friendly manufacturing processes, including the elimination of solvent-based products.

To address these problems, UV coatings have come to be recognised as delivering the optimal combination of long-term resistance to wear, processing speed and environmental benefits. Such coatings allow the use of a variety of different substrates with minimal additional processing; for example, PC/ABS (polycarbonate/acrylonitrile butadiene styrene) door handles can be coated directly onto a substrate with no pre-treatment. This allows a coloured basecoat, such as silver or piano black to be applied, complete with the scratch, chemical and weathering resistance of UV coating. Using UV coatings means minimal pre-heating, saving on energy coasts; curing times of seconds rather than minutes; and part processing times which are half of those for conventional coatings, or indeed much less.

In-mould painting and coating processes have been used for many years, but recent developments have involved significant enhancements in terms of finished quality and delivery. Potentially one of the most significant technical developments is the direct coating, direct skinning (DCDS) process developed by Bayer MaterialScience (known as Covestro since September 2015), together with machine manufacturer KraussMaffei and several component suppliers.

DCDS is an integrated, one-shot process which replaces five separate steps: injection moulding; transport and storage of the part – often at a different location from the production site; cleaning and other preparatory work; spray coating; and curing. This multi-stage process is energy-intensive and requires complex logistics, with the moulding and the coating often taking place at different locations. By contrast, DCDS is a single-stage process which uses one integrated machine, with no intermediate storage, transport and related activity. The potential savings are clear.

Also going by the name of ColorForm, DCDS can furthermore produce a single part featuring two separate colours, with gloss and matte surfaces of different depths, for example piano black and a styling colour such as blue. Raised lettering to aid branding is also possible with this process. To produce a two-colour component using DCDS, a bridge is fitted inside the mould to keep the colours separate, allowing the two polyurethane lacquers to be injected simultaneously from different sides of the mould.

Bayer launched the technology in 2013, using KraussMaffei injection machines operated by plastic moulder Weidmann to make a variety of interior parts, with Makrolon (polycarbonate) and Bayblend (PC/ABS – polycarbonate/acrylonitrile butadiene styrene); these were finished using coatings from Panadur of Germany, a specialist supplier. Subsequently, component manufacturer Fischer has used the process to make decorative covering parts for the BMW 5-Series GT. This created a piano black effect, but without separate spray coating and curing. The direct coating results in a layer 0.2-1.0mm thick, while direct skinning gives a thickness of between one and ten millimetres.

Physical vapour deposition (PVD) is a process used by manufacturers of decorative parts in particular. One of the key interior coatings suppliers in this area is Oerlikon Balzers, which has recently extended its competences with a new variant of the process, known as ePD, ie embedded PVD for design parts. This can produce either a high-gloss or a metallic matte appearance in a variety of colours and with added functionality, such as modifiable light or radio transparency. This is an environmentally friendly process which uses neither chromium nor nickel; it also avoids creating heavy-metal waste and contaminated water as by-products. Oerlikon is currently negotiating with the European Chemicals Agency to have ePD recognised as an alternative to galvanisation. This is especially important because, from 2017, EU regulations will prevent the use of chromium VI compounds and the Oerlikon technique represents a way of achieving the same results but without the harmful side-effects.

According to Wolfgang Konrad, head of the automotive solutions business unit at Oerlikon, the use of metallised plastic parts is an increasingly significant design tool and a key element in “the high-quality look of modern cars”. In this regard, ePD marks an important step forward as “coated design parts may look metallised from the outside but are light transparent from the inside”. The technology allows sensors to be hidden behind such components, representing “the perfect match between functionality and design”, in Konrad’s words. 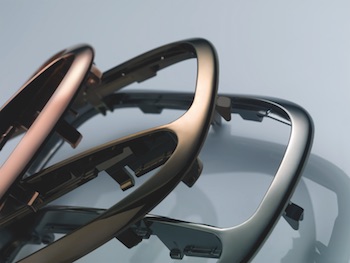 The ePD process can be applied to both interior and exterior parts; interior parts using this metallic effect finish include gear shifters, shifter gate trims, automatic transmission control buttons and related switches and push buttons on the centre console, plus various decorative trim parts around grilles and vents. The process involves placing three layers over the top of the plastic substrate: a basecoat, which evens out any imperfections in the injection moulding; an intermediate, metallic film of 0.1-0.2 microns which is applied using PVD vacuum sputter technology; and a topcoat of 25-40 microns which is fast-drying, durable, stable and protective. Finishes made by ePD are fully recyclable.

Oerlikon has not only developed the coating but also the automated machines for applying it, branded Inubia. One of the leading companies using this technology for decorative interior parts is Zanini of Spain; originally a supplier of full-face plastic wheel trims, Zanini has now moved into decorative wheel-centre caps (showing the carmaker’s logo) and decorative interior parts as mentioned above.