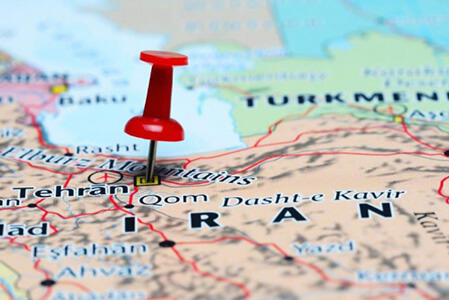 When Iran reached agreement with the global community in 2015 regarding denuclearisation, resulting in the lifting of sanctions in early 2016, almost immediately Renault and PSA announced their return to the country. Prior to Iran being ostracised, both companies had been active there via joint venture (JV) manufacturing operations, mostly making models no longer produced or sold in Europe.

PSA and Renault’s JVs in Iran were expected to see more than €1 billion ($1.15 billion) invested. Other OEMs, notably Daimler in trucks and Hyundai in small cars, announced that they too would invest in the country. Suppliers such as Bosch said they would follow. Meanwhile, Maersk announced the re-establishment of shipping routes, enabling cars and parts to be imported and indeed exported.

Major global players had long looked at the potential which Iran’s 80m consumers offered; back in 2011, for example, the Iranian car market totalled around 1.7m units. By 2013, with economic sanctions biting, the market had halved in size and although it had recovered to around 1.3m within a few years, this was still well below the historic peak and the market’s potential.

With the 2015 deal signed, Renault started talks with Iran Khodro and Saipa, the two major Iranian manufacturers. Khodro had previously made Dacias and Meganes and had also worked with PSA. In 2016, they agreed to raise capacity for Renault-based models to 350,000 units a year (although this did not begin until the second half of 2017), while PSA would also establish a new 50:50 JV with Iran Khodro to make various Peugeots including the 208, 2008 and 301. In parallel, Saipa announced a 50:50 JV with Citroën.

The Iran Khodro-PSA JV was scheduled to see investment of around €400m by 2021, while the Citroën-Saipa JV was worth over €300m and would produce vehicles tailored to the local market. The PSA deals were due to add 200,000 units of annual capacity to the market.Caution vs caprice

While these investments progressed, other vehicle-makers expressed caution, citing the capricious nature of new US president, Donald Trump. Volkswagen, badly burnt in the US by the emissions scandal, was very risk-averse regarding Iran. The French, however, appeared unworried by the early threats of renewed sanctions emanating from Washington, only seeing the potential: Iran was in need of western technology and the French OEMs were eager to provide it.

Fast-forward to mid-2018, however, and the situation is very different.

In early May 2018, Trump announced that he was pulling the US out of the 2015 agreement (officially the Joint Comprehensive Plan of Action, JCPOA). Sanctions would come into effect in August, from which time Iran would not be able to buy dollars, trade gold and precious metals, or its own currency or sovereign debt. From November, further restrictions on shipping, oil and other sectors would come into force. With US companies and their affiliates banned or soon to be banned from dealing with Iran, automotive companies have taken fright.

PSA quickly said it hoped the EU would move to protect its investments and both FIEV and the FKG (respectively, the French and Swedish components trade bodies) went into damage limitation mode, having recently led trade delegations to Iran. The French government also pledged to protect French interests.

Daimler has said it is monitoring the situation, but has not commented on its proposed agreement with Iran Khodro to import trucks and ultimately build a factory for the Actros. VW, too, had intended to import Tiguans and Passats, but these plans are in doubt, with the German OEM emphasising that it would comply with all national and international laws and export regulations. Given its recent problems in the US regarding emissions, the company is unlikely to risk the further wrath of the American authorities.

It is the French vehicle companies, PSA and Renault, who have the most to lose. Renault had earmarked Iran as a key growth market under its ‘Drive the Future’ strategic plan, aiming for a 15% market share and sales of over 250,000 units by 2022, with annual production of 150,000.

In early June, PSA announced it would suspend its JVs in Iran. It was, the company said, fully compliant with UN resolutions and current US, European and French regulations, yet it agreed to follow the new US laws by August 6. The company had hopes of obtaining a waiver from the US authorities, although such a possibility seems remote. The company also noted that Iran represents less than 1% of its current turnover, meaning that withdrawal from the market will not adversely affect its current strategic plan, ‘Push To Pass’, nor its earnings guidance for the current financial year.

Having initially remained silent on the subject, Renault president Carlos Ghosn told the French press in mid-June that the company would comply with the sanctions, but suggested that it would one day return to Iran, intimating that the restrictions would not last beyond Trump’s tenure.

Hyundai, which has major automotive and other interests in Iran, has also announced that it will pull back, citing the risk to its significant US business as a key reason. Likewise, Mazda has confirmed that it will withdraw.

Major businesses in Europe, Korea and Japan clearly fear the impact of US policy and will be careful not to step out of line. But quite what the Chinese will do remains to be seen. Chery, for example, was the largest volume manufacturer in the country in 2016-2017. It would not be surprising to see the Chinese remain in the market, taking advantage of other companies’ departures.