Nick Gibbs reports on the opening of Aston Martin’s SUV plant in South Wales, all set to build the new DBX 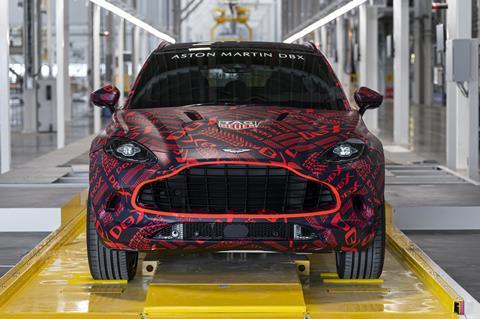 Amid all the gloom hanging over the UK automotive manufacturing industry with the imminent closure of Ford’s Bridgend engine plant in south Wales and Honda’s vehicle assembly plant in Swindon, there is one piece of good news: the opening of Aston Martin’s new plant in St Athan, south Wales, to build its first SUV.

Aston’s second facility, where production is scheduled to begin at the start of next year, occupies a series of Ministry of Defence aircraft maintenance hangars on a 90-acre site which, in a neat bit of symmetry, are just 7.5 miles from Ford’s Bridgend plant, which closes later next year.

It’s not all a co-incidence. Aston Martin was enticed to the site in 2016 by the UK government, which handed over the hangars on very favourable terms in a bid to boost manufacturing in an area where jobs are harder to come by and businesses often have to be persuaded to locate.

Aston had also been considering locations outside the UK, including Alabama, US, and Macedonia in eastern Europe. The company’s CEO, Andy Palmer, said at the time that Wales won out “because we didn’t have to level the land, the building was already there, and I had a supply base in the UK I know”. Not having to build a factory saved the company around £50-60m ($67-76m), says Jamil Ahmed, facilities director for Aston Martin. Not that it was all easy. Ahmed was there when Aston Martin built its current facility in Gaydon, in Warwickshire, central England back in 2001 when it was part of Ford. “This has been more of a challenge because we had an existing building and an existing building has existing issues,” he said. “We still spent a considerable amount”. 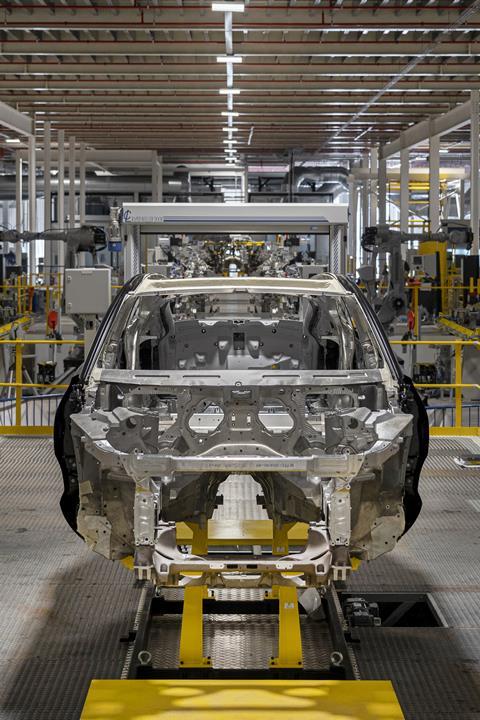 That said, Aston Martin probably only spent £60m fitting it out with a bodyshop, a paintshop and final assembly halls, estimates Max Warburton, analyst at Bernstein bank, who had assessed the facility prior to AMS’s recent visit. It also has been sold and leased back, he says, further saving the company money.

The plant will start by making the DBX, arguably Aston Martin’s most important model in years, based on the huge growth of that luxury SUV market. It also has a far wider global reach, for example into China, than the sports cars, which will stay at Gaydon.

The plant will initially run at 5,000 units a year on a single shift, with two shifts in the bodyshop to account for the extra oven curing time for the bonded aluminium chassis. A couple of years after the DBX, which will be unveiled in December, will come the two electric-only Lagondas, an SUV and a saloon, which will use a version of the same aluminium platform, itself derived from that used by the sports cars.

As a prelude to Lagonda production, Aston Martin will assemble its first electric car, the limited edition Rapide-E saloon, in a smaller building next to the main plant starting again in the first half of next year. The body will be put together and painted in Gaydon, however.

The hanger complex is as vast as you might expect given they needed to fit the largest troop-carrying planes. There is plenty of space inside and also outside up to the perimeter of the airfield, which itself is still in use – one company on site scraps old passenger planes as large as Boeing 747s. It is very different from Gaydon. “At Gaydon, we’re landlocked now. We have no more room to manoeuvre,” Ahmed says. The local council is also building a new road to ensure suppliers and workers can access the site without issues. “The problem with Gaydon is the road network is terrible. There’s one road in and out. Here there are lots of different routes in,” he explains. 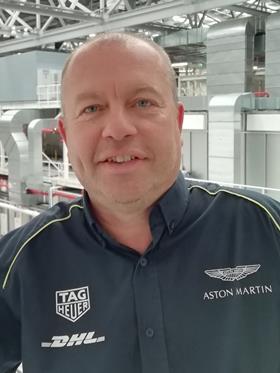 It is a slow business gluing aluminium parts together, which is why the takt time the bodyshop is 39 minutes compared to 20 minutes in the paintshop and final assembly. There are three main lines here; the underframe line, which assembles the main ‘tub’ or chassis; the body-in-white line; and the finishing line. It has all been installed by Comau of Italy and is more automated than Gaydon. Here robots apply all the glue and also fit the bodysides onto the completed tub.

Nothing is stamped here. Aluminium suppliers include SAPA, part of Norway’s Hydro. There are three separate ovens for curing. “They’re separate because of lessons learned from Gaydon,” says Scott Ward, director of manufacturing at St Athan.

“There we have an inline oven in which every car goes through a series of chambers so you can’t come out. Here, if we have a breakdown in one of our ovens we can continue production in the others.” The tubs are delivered to the ovens via automated guided vehicles (AGVs) that find their way via magnetic track, sensors or WiFi signal, depending on where they are. The bodies are then manually cleaned up ahead of being painted.

The height of the hangars at St Athan dictated that the paintshop rises up rather than spreading out, so Aston Martin built a three-storey structure in one of the halls, with the ground floor given over to manual cleaning of the bodies; the robot sprayers on the second floor (accessed via an automatic crane); and the operating equipment on the top floor. The paintshop has been fitted by Eisenmann with three robots from Motoman applying primer, base coat and clear coat. It is a lot more sophisticated than at Gaydon. “It gives us much better flexibility as regards programming,” says Ward. “Gaydon, originally, was a hand-spray facility. The two robots we put in afterwards are from different companies – one Dürr, one ABB – and with that comes the complexity of different programmes.”

Unlike at Gaydon, St Athan also uses two robots to assist the manual cleaning process at the start. Workers are also used for the final stage to achieve the optional ‘mirror polish’ for those customers who want their finish with more sheen than straight off the gun. “That’s about 20-30% of the labour in the paintshop,” Ward says.

Perhaps the biggest change in the paintshop is a move to a dry filtration system compared to Gaydon’s water filtration. It is odd to see it close up – the series of cardboard boxes sat under the grate we were standing on in the paint area, each with its own reusable filter. It is far better for the environment – no more sludge pits – and the better control on the downdraft makes for a better finish, according to Ward. The plant was still in pre-production stage, hence why we were allowed into the paintshop – a rare treat at a plant. 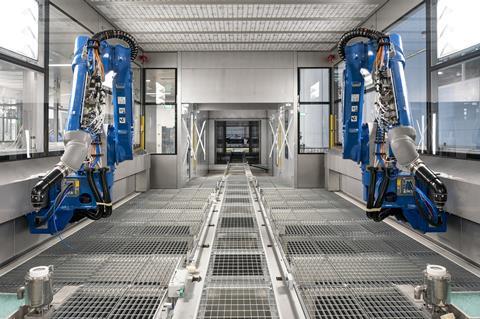 Due to the height of the hangars at St Athan, Aston Martin built a three-storey paintshop in one of the halls

The DBX comes out of the paintshop on the second floor onto a mezzanine level where the doors and tailgate come off for sub-assembly before final assembly, where it passes along 64 stations, seven of which are up on the mezzanine. Once on the ground floor, the car is hooked to an electric monorail system (called EGS by staff) that allows the car to arrive at each station at the right height for that operator. This system also allows the car to jump the central ‘street’, similar to that in Gaydon, that runs the length of the plant for better access for workers and supplies. Once the car has its wheels on it transfers to a conveyor before the final test area, which includes a rolling road and wind/air validation booth, which injects air to simulate motorway driving. After that, it is outside to a test track with 18 separate road surfaces, before coming back to the visual tests. The delivery of the DBX is the potentially the toughest launch so far in Andy Palmer’s second century plan, which calls for seven new models in seven years (the DBX is the fourth). It is the first new model that isn’t a replacement, as well as being the first to come out of a new factory. Financially, it is the lynch pin of all Aston’s future plans, given its likely popularity.

Bernstein’s Warburton, who has seen it, describes the car as a “a very good-looking SUV, certainly better looking than its rivals – although that’s a low bar”. He says the next two years could be “spectacular” for Aston if it goes right, but warns: “There’s still so much that could go wrong – a new product, in a new plant, with a new workforce is always going to be complicated.”