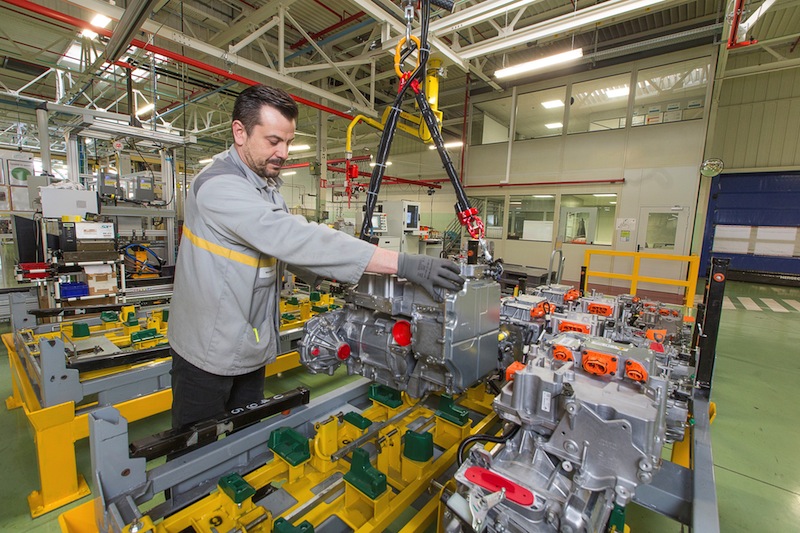 AMS: And how many of those are working on electric motor production?
MA: We have 150 people working in the plant right now. When we move to 50,000 we will have to double that.

AMS: How many electric motors do you expect to make this year and next?
MA: It depends on the market. If Europe buys a lot of the Zoe, we will increase production [Europe bought just 11,000 Zoes last year, but sales have doubled so far this year].

AMS: It was mentioned that your electric motor line is not as automated as the Nissan electric engine plant in Yokohama, Japan. Why not?
MA: Because we are still in the ramp-up phase.

AMS: What will persuade you to move to a more automated line?
MA: When we reach a rhythm of 50,000 electric engines a year.

AMS: What will be automated?
MA: Fixing all the connectors. This is where we need the most operators, to implement all the connections at the end of the cables.

AMS: Has Nissan got a machine for that? Will they sell you one?
MA: Yes. We can copy that machine. It's not so expensive, but it's not as flexible as we want. When you are in the start-up phase, you need more flexibility. When you are in stable production, then you can automate some workstations.

AMS: Moving on to diesel production, you don't make all the range of Renault diesels here in Cléon, is that right?
MA: No. We start at 1.6[-litre] in size with two types: single turbo and twin turbo. The 1.5-litre is made in Valladolid in Spain. We also make a 2.3-litre diesel engine for LCVs.

AMS: How difficult has diesel engine production become with the introduction of the more technologically advanced engines, including those built to pass Euro6. What changes to the factory did you need to make?
MA: For machining parts for the assembly line, it's the same. It's the parts you put on that are more complicated.

AMS: How did you ensure that your 1.6-litre engine was suitable for its more premium use in the Mercedes C-Class? Did they ask you to make some changes?
MA: They put a new electronic control unit on the engine and they asked us also to change some parts inside the engine too – I can't tell you what because it's confidential. We also make the 1.6[-litre] single turbo engine for the Mercedes Vito van.

AMS: Did the changes involve any extra investment for you?
MA: Only for capacity.

AMS: How did you add that capacity?
MA: We had to create more capacity by modifying the line during the production to avoid a very long stop. But we couldn’t plan a long stop because of the commercial need to supply engines to Renault and our partners.

AMS: What is growing that demand? Which models?
MA: The new Renault Espace [people carrier], Kadjar [C-segment SUV], Trafic van and the partners’ demand: General Motors and Daimler. For GM, it goes into the Vauxhall/Opel Vivaro van.

AMS: I noticed that you still make the 3.0 V6 dCi diesel; for which models?
MA: Yes, for the Infiniti FX and EX SUVs. That will continue.

Ammad joined Renault as a powertrain engineer back in 1988 and rose through the ranks on that side, including a six-year tenure in Brazil at Renault’s Curitiba plant, Paraná state.

In 2007 he switched to the manufacturing side, first at the company’s geartrain manufacturing plant in Seville, Spain, then back to France as director of the engine parts plant at Choisy le Roi. He moved to Cléon in 2012.

In his role at Cléon, he has to ensure that the quality of the output meets the standards of not just Renault and its alliance partner Nissan, but also premium makers Infiniti and Mercedes. Last year the total was 572,607 engines and 444,665 gearboxes, from 14,537 tonnes of aluminium. Now production is increasing again – meaning more work for Ammad.

AMS: What other engines will you make for Infiniti? Will you supply the new Q30 C-segment starting later this year in Sunderland? Or will it take the Renault 1.5-litre diesel from Valladolid, as the related Mercedes A-Class does?
MA: It hasn’t been decided yet whether we will ship engines for the Q30. It's a Nissan decision. We ship engines to Sunderland for the Nissan Qashqai.

AMS: Do you do CKD engines?
MA: No. We only ship engines completely assembled from Cléon. They go all over the world, including Japan. 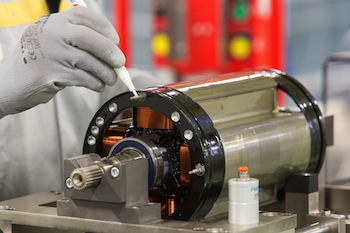 AMS: Which ones go to Japan?
MA: We ship the 1.6-litre diesel. Also, we ship the 2.0-litre petrol for the Renault/Dacia Duster SUV for South America, Russia, and Romania. We export more than 50% of our production outside France.

AMS: What is the secret of your success here?
MA: Competence and motivation of the staff. The employees are very motivated to build engines and gearboxes.

AMS: What keeps them motivated?
MA: Activity! When you increase the workload, it is very good for the future of the plant.