A Mercedes-Benz-backed battery start-up will supply a range-boosting silicon anode battery for the carmaker’s G-Class range potentially from the middle of the decade. 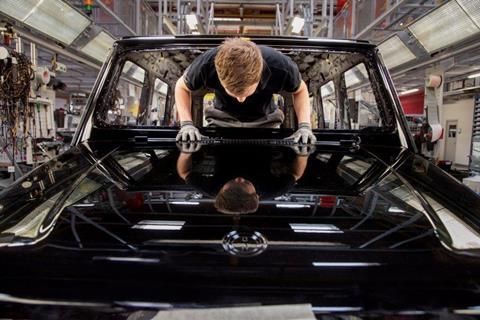 A Mercedes-Benz-backed battery start-up will supply a range-boosting silicon anode battery for the carmaker’s G-Class range potentially from the middle of the decade, it said in a statement.

Battery developer Sila was founded in 2011 and attracted an investment from Mercedes-Benz in 2019. The carmaker says Sila’s “game changer” battery chemistry offers an extra 20-40% range by taking energy density to 800 Wh/l at cell level.

Mercedes-Benz, which invested in Sila as part of its efforts to develop advanced batteries to power its expanding range of electric cars, will be the start-up’s first customer.

“Delivering such a high energy density is a true game changer and allows us to think in completely new directions when developing future electric cars,” said Markus Schafer, the automaker’s chief technology officer responsible for development and procurement.

“Our partnership with Sila is another essential step on our way to build the most desirable electric luxury cars.”

Sila co-founder and CEO, Gene Berdichevsky said the company will produce the battery materials, developed over 10 years since Sila’s founding in 2011, at a new plant in Washington state, U.S.

“We’re focused on delivering materials that are cost-efficient and capable of delivering on the promise of electric vehicles, working to ensure longer range energy, improved charge times, and lowering battery cost per kWh,” he was quoted as saying.