It’s been part of Ford real estate for more than a century but, as Gareth Price discovers, the historic Rouge Center houses a truck plant shaped for modern times 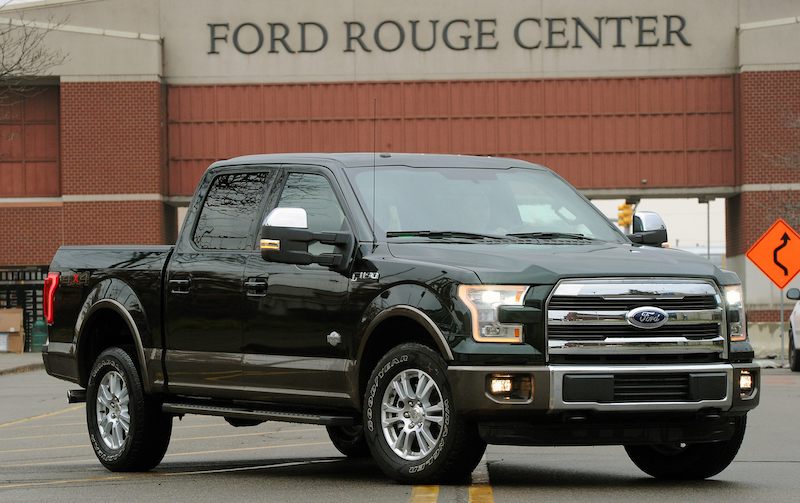 There’s not a facility in the world that assembles aluminium as fast as the Dearborn Truck Plant. That’s according to Don Pijor, launch manager at the Ford Rouge Center: “We build about a truck every minute. We are a high volume plant. So, when you talk about aluminium, yes, other manufacturers do it, but nobody does it as fast as we do.”

The plant is one of two sites that build the F-150 – Claycomo, Missouri, being the other. In keeping with the light-truck/SUV boom the industry is enjoying, the F-series comprises a multibillion-dollar brand in the Ford portfolio. According to figures in the Detroit Free Press, nearly 900,000 were sold in 2017 and 2018 sales are up year-on-year.

Pijor has been at the Rouge Center since 2005, not long after the truck plant opened the previous year. He’s launched every product to come off the assembly lines ever since: “So I know a little bit about the plant, just a little bit,” he smiles and reassures me.

It’s a given today that high volume also means broad range. The plant builds XL, XLT, Lariat, King Ranch, Platinum, Limited and Raptor variations, with multiple powertrains driving 4x4s and 4x2s. Pijor explains the breadth of the task: “We have lots of complexity that we work through. You look in the bodyshop – we have regular cabs, super cab, crew cab. Six-and-a-half-foot box. Five-and-a-half-foot box. We have units with moonroofs and no moonroofs. We have satellite antennas, no satellite antennas. And any combination of those. We put wheel lips on some, not on others. So that complexity just rolls through.”

As Dearborn’s truck plant builds the same product as the Claycomo facility in Kansas City, there are strong lines of communication between the sites. “We talk to Kansas City about our problems on a daily basis. We go to meetings a lot with Kansas City. There’s constant data sharing between us. Now, Kentucky Truck and Ohio Assembly build the same cab for 250, 350, 450, 550. We share data with them as well for items on common parts that we share,” Pijor explains. The quality operating system, Ford Production System (FPS) is standardised throughout each plants meaning best practice can be rolled out from facility to facility.

I ask Pijor about the typical improvements, are they micro changes? Or does he find more significant, if infrequent, items call for attention?

He confirms that it’s both: “You look at systemic kinds of things on how systems interact and that, and those are the bigger things that take more of a governance organisation to change how something’s done. But if we see like a supplier quality issue on a micro level, we share that as well.”

Systemically, Pijor says, the process is handled so that people aren’t just changing for the sake of change. There’s a governance process around change but flexibility to react when necessary: “As far as day-to-day finds go, if I see something that would benefit another facility that uses a like part, I share it immediately.”

The governance, naturally, trickles down but there are also routes from the lineside, feeding up. Pijor explains: “We have a process and it starts every morning with start-up confirmation where the team leaders take certain steps and make sure the line’s ready. And then, at 7 o’clock, we have our first escalation meeting. So, if the team leaders are having any kind of problems, they escalate it up to their team manager. And then, if the team manager can’t solve it, by 9 o’clock it’s escalated up to the operating group, the operating committee. So there’s a whole escalation process.”

The team leaders can generate yellow cards, which signify the easier problems to fix, where Pijor just needs to make call. Then there’s the red card, that may take 72 hours to fix – the call goes out beyond the plant for engineering assistance. Those are tracked on a daily basis and great emphasis is placed on the circular flow of information.

In getting to grips with such a bewildering array of specifications, Pijor says that it’s vital that digital technology is put to use. In Europe, this approach is bracketed as Industry 4.0. I wondered if Pijor was familiar with the term?

“I understand the concept, and the concept is alive and well here. We are a team-leader-based organisation, so, on average, every ten operators in the building have a team leader that supports them. Those team leaders are not tied to the line. They are in support of that team. Now, those team leaders, we are in a quest to have them use data to drive their everyday business.

All of Don’s team leaders have been through Six Sigma green belt training. They now know how to use the DMAIC approach (Define, Measure, Analyse, Improve and Control).Pijor says the team goes through this training on how to problem solve: “Because I have a building full of team leaders, and if you can have 200 people working on their number one problem, it’s a whole lot better than just me working on a problem. You’ve got everybody working together.”

With data from the Ford Information System (FIS) each team leader knows the job area, how often it goes down and how long it’s down. It’s their task to figure out why it goes down. Pijor wants the line to go down when the quality’s not there but that’s a short-term solution. The team has to figure out why, so a permanent corrective action can be put place, solving the operator’s problems.

The quality leadership system, QLS, logs every defect that’s found in the facility, and that is all mapped back to a team leader. That team leader gets that data to carry out the DMAIC process on safety for their work group, quality and the volume.

“Cost is an afterthought,” Pijor declares, “If you get quality, safety and productivity, cost comes along for the ride.” 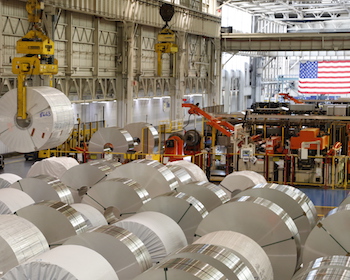 You can call me aluminium

It’s been three years since Ford made the novel move of switching almost all of the F-150’s traditional steel body panels out for new aluminum alloy panels. But as well as the lightweighting considerations, the new material allowed a switch to mechanical fastening techniques, such as rivets, structural adhesive and flow-drill screws. Consequently, significant changes to the production line were called for.

Pijor recalls: “We had to gut our bodyshop. One million square feet, floor to ceiling, wall to wall. And when this place isn’t working, Ford Motor Company doesn’t like it. We’re an important part of the company. We gutted that facility in 72 hours. We took 900 gondolas of scrap out of that building in 72 hours, installed 599 robots in the next three weeks to use the new methods of construction. So, most of it is between structural adhesive and rivets. We do some laser edge-welding but we do that in one join, and then, where we have to, we use flow-drill screws.”

Another advantage Pijor cites is the sustainability angle. The trucks that deliver the aluminium coils to Dearborn load up with the scrap to be recycled. He explains: “Aluminium is more expensive than steel but aluminium is infinitely recyclable. So now when we stamp the components and we collect 100% of that waste. It’s shredded up and then – and this is neat – the trucks that deliver the coils of aluminium from the supplier, they were designed such that when they unload the coil they pull into a hopper and the scrap from that, we have four different strains of military grade aluminium. And as long as you keep those strains separated, they can be recycled infinitely. If they would get mixed up then they could go to engine blocks or something like that. But that valuable strain of aluminium, if you keep it pure, you can recycle it forever. You never have any scrap.”