When a company needs to replace a major manufacturing-related IT system it has to find a way that has minimal negative impact on production schedules. 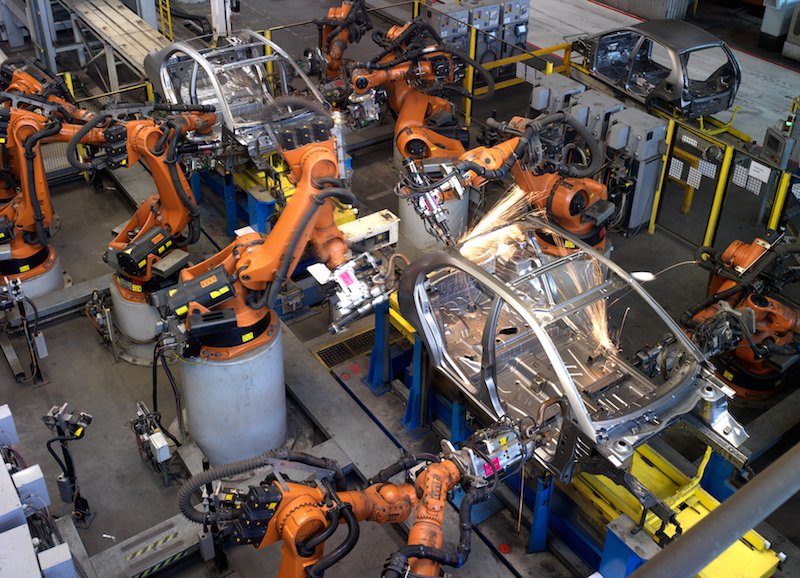 Downtime is a word that no-one in the automotive manufacturing business likes. Any interruption to production outside of scheduled annual breaks can quickly rack up into revenue losses in six and seven figures or more.

It was this type of challenge that faced Indian car maker Tata Motors when in the early part of this decade it looked to replace a six years old manufacturing execution system (MES) at its plant in Pune, where the company makes its Zest, Bolt and Indica vehicles. According to Satarupa Roy Sarkar, Tata Motors IT, the existing system was not just suffering from sporadic server failures but was also becoming too slow to react when defects were detected on the line. "We needed this to happen more quickly with automated alerts and traceable communications," he states.

But Tata soon realised that an essential part of the solution would have to be the installation of a completely new and more modern MES. "Besides improving production performance, we wanted to standardise applications, processes and technology with two sister plants, both of which were greenfields," says Jagdish Belwal, Chief Information Officer for Tata Motors.

Given that the company already used the FactoryTalk ProductionCentre (FTPC) MES from Rockwell Automation in those two newer plants it decided to change over to FTPC in Pune as well. Normally a project of this scale – including server installations, network redundancies and application switch-overs for six assembly-line shops and 93 functions – would have resulted in a major shutdown. Instead Tata opted to go live while the plant was running – with little or no downtime and minimal effect on production. A transition team with a little over 20 members was therefore formed with representatives from Tata's Technologies and Consultancy Services operations, local systems integrator from Mestech Services, as well as from Rockwell and the business IT team of Tata Motors itself.

Checks and balancesThe depth of experience the team possessed proved necessary because it had to cope with some unexpected problems. "We started with the simple assumption that when a system is working and is visible to all, we didn't need to define the necessary checks and balances in-depth," Belwal explains. "We soon found out that we had underestimated the amount of customisation that the existing MES had undergone since it was installed."

The project therefore required an innovative approach. The team built data bridges between the old and the new system that could run parallel during the migration process. The data captured by one system was transferred via a data bridge to the other system. The progressive migration approach meant that if any failure occurred during transition, the development team could switch back and forth between the two systems without affecting production.

"The transition took one and a half months," Satarupa says. "We went shop by shop, function by function. We proceeded very carefully, because our primary goal was to avoid downtime." The Tata Motors team met that goal. In fact, the migration was achieved with a downtime of just 0.1 percent – and that too with no loss in production. "We had a total of two hours and 45 minutes of downtime out of about 1,600 hours, that the shops were running," Satarupa continues. "That downtime was planned into the process with the manufacturing team, so we could keep normal production levels."

Meanwhile another company that has set about upgrading the performance of its MES is parts manufacturer Faurecia, which had global sales of some $21 billion in 2014. Within the last 12 months it has carried out a pilot project at its Porto Real plant in Brazil to enhance its ability to access and exploit the data gathered by the system to improve both the depth of information about the parts involved and the associated traceability trail.

According to Rafael Unruh, competence centre manager for the company, the plant is dedicated to a single customer. "The production process is assembling seats for Peugeot, sequencing and assembling components like foams, covers and headrests, "he states, though there are some airbag-related operations as well. Like all other Faurecia plants, though, the MES at the site is Faurecia's own in-house system called IJCore. But, as Unruh confirms, Faurecia had become increasingly concerned that it was simply not exploiting the system in a way that enabled it keep pace with evolving customer demands. "We needed to provide greater transparency into our processes and products, so that our customers can plan and react accordingly and improve their own efficiencies," he explains.

Nevertheless the root of the problem was not so much the MES itself as the outmoded communications technology used to feed data into it from the multiple PLCs (programmable logic controllers) fitted to shopfloor equipment. The existing set-up was based on a set of protocols known as OPC DA (Open Platform Communications Data Access) the origins of which date back to the 1990s. These were being used in conjunction with a communications platform called KEPServerEX from system supplier Kepware, which has recently been bought by Parametric Technology Corporation (PTC) best known for its Creo design software.

The Internet of ThingsAfter assessing various options Faurecia opted to upgrade that underlying technology by implementing Kepware's REST Server Agent in IoT Gateway product that was only formally introduced to the market in the final quarter of 2015. In effect this means that the various PLCs – which are from Allen-Bradley, Modbus and Siemens – are now linked to the MES by a system based on the protocols that underlie modern Internet-based communications, so that the shopfloor network is an 'Internet of Things' (IoT).

Unruh indicates that this approach meshes precisely with Faurecia's objectives. "It has matched exactly with our application restructuring," he states, explaining that both the robustness and ease-of-use of the overall configuration have been enhanced. "So far, what we have observed using the new way to communicate includes IJCore CPU consumption improvement, response time reduction and better exception handling."

Unruh explains that in this initial stage the emphasis is on the more effective use of existing data rather than the mining of new resources. "In a first step we are gathering the same data previously collected, but the new architecture is opening and increasing the field for the data usage," he states. One such innovation involves the increased "mobility" of data access. He says that it is now possible, for instance, to have "tablets in the shopfloor to get real time information about the process, machines and so on."

The key word, though, is 'traceability'. As Unruh explains: "Basically the data being managed by IJCore is related to traceability and conformity of the parts and components being assembled in the seats." Now, he continues, "we are collecting data such as the unique serial number of some components or the torque and angle of the screws."

But a more fundamental IT restructuring that the work so far makes feasible is that of the IJ Core system itself. He indicates that the first steps in that direction are already underway. "IJCore is under restructuring," he confirms, adding that while the initial phase of the project has been about the more efficient "delivery" of data, the next one will focus on bringing more "visibility" of that data to both in-house users and customers.

On the first of those counts, for example, he says that the sheer speed of delivery of data to operators is now obviously "faster than previously". But, he continues, the biggest advantage of implementing an IoT-type approach is that it will open up a range of possibilities deriving from the ability to put "real-time production data literally in managers' hands".

"I think it's coming to be more and more about being agile and mobile," states Unruh. "We are breaking the paradigms associated with being stuck in old technologies and preparing ourselves for a future based Industry 4.0 with IoT."

Chain of informationAn MES is, in effect, the level of software that links business-level information about orders, scheduling and finance as represented in an ERP (enterprise resource planning) system with actual shopfloor operations. Essentially it ensures that manufacturing operations are properly targeted towards meeting real orders according to real schedules: "It is about order management, tracking parts through the system, quality and team performance – it tracks workflow on the shopfloor and then passes that information back up the chain."

That snapshot of the role of an MES is provided by Todd Montpas, product manager information software with Rockwell Automation – supplier of the FTPC system used by Tata Motors. As such, he continues, the input to an MES is provided by both "individual machine controllers and other shopfloor level systems such as those concerned with maintenance". 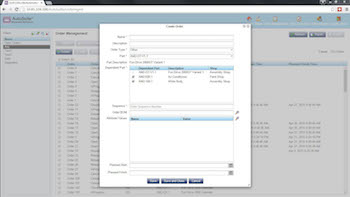 Nevertheless the demands being made on MES in today's manufacturing environment are, Montpas confirms, becoming more stringent. A key factor he identifies is the requirement to record not merely "what is manufactured" but also "how it is manufactured".

In the case of the automotive industry that trend is also exacerbated not just by the high level of product variation resulting from customer choice options but also by the rate at which the OEMs are having to respond to other external factors ranging from environmental legislation to fuel price changes. The consequence is massively increased "complexity" of a sort that older MES products simply cannot cope with because they were written for a much less dynamic environment. "They just don't have the flexibility," Montpas states.

In consequence the task of swapping from one MES to another is one that will confront most companies at some point – if has not already done so – and particularly those in the automotive manufacturing business. Moreover that task will almost certainly involve an implementation process in which old and new systems will be run in parallel. The downtime that would otherwise result would simply be unacceptable, as Montpas observes. Indeed he confirms that the same imperative has meant that several of Rockwell's automotive industry customers have already followed that path.

As such there is now an established way to approach the task. Its absolute core, Montpas confirms, is the need for a "phased" procedure in which different areas of a plant are tackled in turn. Appropriate training is also an obvious requirement but Montpas says there is in addition a more specifically IT-related technique that can play a very useful role. Quite simply for a transitional period the control screens that operators actually look at can be made to display information in the display formats of both the old and new systems.

What will happen then, says Montpas, is that as operators get used to the new system and its inevitably superior clarity they will migrate themselves across to it at their own speed. The great advantage, he explains, is that "you won't have people standing around in the event of some sort of problem saying they don't know how to tackle it."

Nevertheless though that will mean that both systems will be fed with the same information at the same time only one of them will have control of what happens. The old system, Montpas confirms, will run things in the area concerned "until the moment it is switched off" after which the new one will take over immediately. But, he adds, just as the new system can be made to serve as a monitoring and viewing tool before that moment the old can serve the same purpose afterwards. The whole approach, he says, constitutes a "low risk way of implementing a new MES.”