Safety moves in an integrated way

Safety in automotive assembly operations involves the interplay of numerous different factors – not least international managerial and technical standards, internal counterparts particular to individual companies and the effective application of appropriate procedures and technologies in the workplace. Each is in constant development and each is likely to impact on the other. Making sense of it all is the day-to-day business not just of car makers and their suppliers – not just of vehicle elements but also of safety-related systems and services. 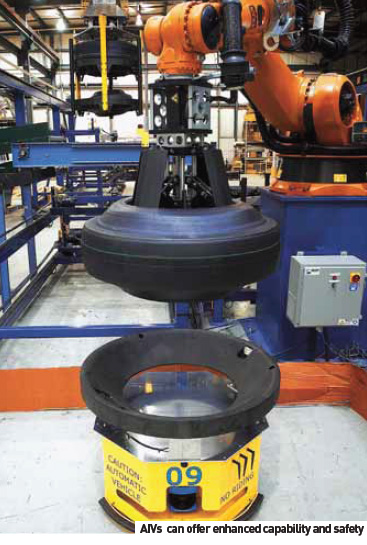 Frank Bishop is automotive sector manager in the US for system supplier Omron Automation and Safety. When asked what he thinks are the most important current trends affecting the sector, Bishop points to the introduction of a new procedural standard ISO13849, which he says will have an increasingly significant impact on machine safety in all industries employing high levels of automation. Bishop says the standard – which came into force in Europe at the beginning of this year – replaces the previous system of four categories of machine safety with a much more intensive analysis of performance levels. “It is much more complex and involves taking into account a lot more factors,” he states. For instance, whereas the previous regime might, for example, concern itself with only the stopping time of a robot, the new approach also requires an analysis at sub-system level – such as the programmable logic controllers (PLCs) involved.

Comprehensive and global
Information from the authoring body the International Standards Organisation itself makes clear the comprehensive approach the standard will impose in order to ensure that safety is ‘designed in’ to shopfloor machinery, though in fact the standard also covers the safety of control systems for other types of equipment. Designers will, it stipulates, have to provide information on issues including: the functional characteristics of safety-related parts; the precise role they play; their precise limits; consideration of all safety-related faults; justification for the exclusion of any such faults; parameters, such as environmental factors, relevant to reliability; and the technologies employed. George Schuster, automotive industry consultant with another major supplier of safety-related systems Rockwell Automation, says he detects a gradual, though accelerating trend towards a global harmonisation of relevant standards. In the case of ISO13849 it is a trend he welcomes. “It really is an excellent specification that combines methodology and analysis,” he states.

Schuster argues that the automotive industry is one that could derive particular benefit from the standard on both technical and business grounds. On the former count the industry is, he argues, characterised by its use of highly flexible manufacturing systems that have to cope with a high degree of variation of products that are themselves relatively “big and heavy”. In business terms it increasingly involves the coordination not just of supply chains but also assembly plants that are globally distributed.

Improvement through safety
Intriguingly, Schuster also adds an observation about the operation of automated safety systems that he admits is slightly “counter-intuitive”; that the ability of such systems to shutdown equipment is not merely a safety operation but can also act as a catalyst for process improvement. He explains that protective safety systems, as opposed to preventive safety procedures, work by not only shutting down equipment instantaneously when they detect a transgression of correct procedures but also by facilitating rapid restart when conditions are normalised. Schuster identifies three aspects of such systems that are crucial to that characteristic. Taken together, he says, they provide a model for industrial system design in general.

Firstly they are ‘passive’ systems that do not require some positive action by the human operator they are protecting to initiate them. The contrast Schuster makes is with a seatbelt in a car, which has to be deliberately locked by the user. In short, they epitomise the maxim that ‘the easy way is the safe way.’

Secondly they are, he says, “configurable” though perhaps ‘modular’ would be a better term as he explains that they can be made to act in a local and independent manner, which enables particular functional areas to be switched on or off according to requirements.

Thirdly they are ‘lockable’ – in other words though they act locally they can be made immune to local, unauthorised interference. In the case of the systems Rockwell itself provides, by the way, that element is manifested in the most literal manner. As well as electronic systems, he says, the company also has a line in personalisable padlocks that make it plain who can and cannot quite literally cross a particular line.

Intelligent design
But that last item also underscores another factor in the equation – that in practical terms, shopfloor safety in the sort of intensive assembly environments that can characterise the car industry also involves the effective deployment of hardware at ‘device level’ – usually rather more sophisticated devices than padlocks.

That is certainly the case, for instance, with the range of ‘autonomous intelligent vehicles’ (AIVs) from US company Adept Technology, based in Pleasanton, California. According to Rush LaSelle, vice-president and general manager of mobile robots, that middle word is crucial, since designingin a much enhanced degree of ‘intelligence’ to the machines provides them with a correspondingly enhanced degree of both capability and safety compared to more familiar autonomous guided vehicles (AGVs).

Learning the way
LaSelle explains that the essential feature of the technology, which Adept acquired three and a half years ago, is that it enables the vehicles to dispense with the need to follow fixed routes determined either by wires laid under a floor or some sort of tape laid on its surface. Instead, the vehicles use what he terms “natural feature navigation”, in other words a ‘memory’ of the physical layout of a plant that is ‘learned’ by initially driving one of the vehicles around the factory floor and allowing it to record relevant details of its surroundings through on-board laser-based sensing devices. When in use the vehicles can then detect whether their preferred route is impeded and negotiate a way around the obstacle or even follow a completely alternative route.

The machines are already widely used in the automotive sector, where LaSelle says their capabilities make them especially suited to batch production environments. One such, he says, is with a tyre manufacturer where the nature of the manufacturing process – with the tyres sequenced singly through presses – means that effectively it comprises multiple “batches of one”. LaSelle says that the AIVs have replaced a previous methodology involving manually-driven forklift trucks for the removal of tyres from the presses and that in doing so they have helped increase the uptime for the highly capital-intensive machines “from less than 80% to over 90%”.

Very obviously, though, one of the types of obstacle they might encounter is people and LaSelle says that the latest versions of the machines will have augmented capabilities to deal with that possibility. Most pertinently the laser guidance system that the machines use as their way of interacting with the physical world will be upgraded to satisfy the latest safety-related standards which, he notes, emanate from Europe. In that respect LaSelle’s remarks, as with those of Bishop and Schuster, indicate that if there is a trend in the way that safety-related standards are developing in the global automotive industry, then it is one in which the supra-national European model is gradually coming to supplant the companycentric approach of private standards that has previously been a hallmark of the industry. But it is a slow process and whether it will ever become completely pervasive remains to be seen.