A €3.9m, pan-European project is developing solutions to widen the application of lasers in welding 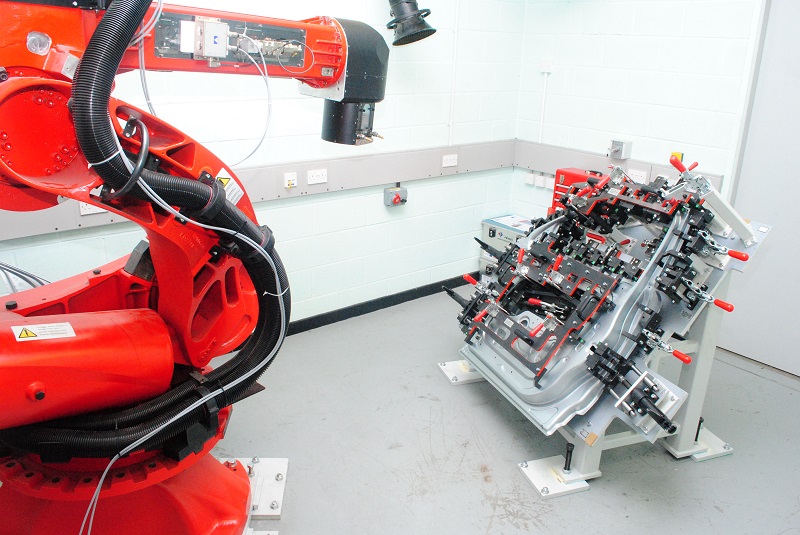 An alternative to the proven and reliable technique of resistance spot welding (RSW) is remote laser welding (RLW). It offers a number of advantages such as creating joints in different locations on the product through simple robot repositioning, only needing the application of the laser beam to one side of the part, and its ability to achieve process speeds up to five times faster than spot welding. The main reason why RLW has not been adopted more widely is the lack of methodologies for precise and effective planning and simulation of its application. The consequence is that only time-consuming (and expensive) trial-and-error procedures can be employed to optimise the application of the technique.

The development of appropriate planning and simulation techniques has been the aim of a pan-European project with funding of €3.9m ($4.4m) that has been running for the last three years and is due to conclude within the next few months. Participants in the project, 'RLW Navigator – Remote Laser Welding System Navigator for Eco & Resilient Automotive Factories' include education and research institutions, vehicle-maker Jaguar Land Rover (JLR), tier one supplier Stadco and robot provider Comau, along with laser process monitoring sensor provider Precitec. One academic participant is the University of Warwick in the UK, where the Warwick Manufacturing Group (WMG) is led by the director of its digital lifecycle management group, Professor Darek Ceglarek.

According to Ceglarek, RLW made its first experimental appearances in the automotive industry a decade ago. Since then, he says, several OEMs including Volkswagen, Fiat, Daimler and BMW have made use of the technique; project participants Comau and Precitec also have relevant product offerings supporting RLW applications. But he confirms that the application of RLW has been inhibited by the lack of appropriate planning and simulation tools.

Software-based RLW Navigator Tools include a process optimiser with part variation modeller
Achieving measurable results
These tools were used in practical work carried out in a test cell at WMG using a door from JLR’s Range Rover Evoque SUV. Though the door is currently made using RSW techniques, Ceglarek says that a RLW process was successfully developed and deployed using the project’s simulation tools, which facilitated the achievement of measurable results on a sample of doors. The project developed a complete RLW assembly process from door assembly system configuration through workstation planning and OLP generation, to laser parameters and fixture optimisation.

The results showed that the RLW process has 60% smaller shopfloor requirements, using five robots instead of 14 for a comparable RSW process, and is able to build two doors in the same cell with an overall shorter cycle time than the current process for one RSW door. In addition, the RLW process provides opportunities for enhanced product design. Some of the product features which are required for RSW can be eliminated (eg notches), reduced (flange width) or modified (the upper frame cross section of a door can be smaller, with the same stiffness requirements).

Ceglarek indicates that the two-step, rapid approach taken by the RLW Navigator project is unusual for an R&D project. By implication, the results of the project are not purely theoretical but stand comparison with current industrial practice. He is confident that pilot application projects involving OEMs are now a realistic proposition.

One company taking a close interest in the technology is tier one supplier Stadco. According to manufacturing engineering director Paul Meeson, the company first became aware of the technique a little over a decade ago, when a number of technical developments made it appear potentially feasible. He identifies, in particular, the increase in the power rating of lasers resulting from the appearance of fibre laser devices. At that time, he says, the wattages involved were perhaps 2kW or 4kW, though now they can be as high as 20kW.  But the basic challenge involved in implementing remote laser welding remains the same – that of “implementing it in a robust manner that can ensure you are always making good products".

Specific parameters
Meeson explains that this means being sure of a number of specific process parameters before welding operations start. These include appropriate laser power, the angle of incidence of the beam at the point of application, and whether there is a need for a gap between the parts to be welded together – if so, of what distance?

Those basic parameters were investigated in an earlier project in which Stadco participated and, he confirms, “experimentation” did go some way toward providing answers. For example, it was established that for coated steel components a gap of “ideally” 0.1mm is required between the parts to be welded when they are set up in order to allow for the escape of the zinc-based gases generated by the heating of the coating material on the steel. In that context, adds Meeson, a RLW ‘stitch’ 20mm in length is as strong as a spot weld.

According to Meeson, that earlier work pointed up another important deficiency: a lack of reliable in-process monitoring techniques to ensure that key parameters were being maintained. Meeson notes that the key insight carried forward into the new project was that the “dimensional management of the parts and the clamping method was crucial to the whole process". But it was equally clear that at least two vital enabling sets of technologies were lacking. As he observes, neither “the techniques and tools to design and simulate the process in the virtual world beforehand in a way that would ensure the reliability of the process” nor those that could provide “live monitoring of the process to ensure that every weld is a good one” actually existed.

Project objectives
Meeson identifies three specific capabilities which had to be developed: predicting the variability of the single parts to know where to clamp with confidence that the fixture built can maintain that 0.1mm gap; programming a robot off-line to weld in the planned location with defined parameters in a fixture designed in the virtual world; and establishing in-process monitoring.

As for Stadco, Meeson is quite frank when asked if the company is one of those which are already using the technique to some extent: “Not yet, but we want to do.” He explains that, as a supplier, the company simply “cannot afford the risk” of failing to meet client requirements by trying to implement a manufacturing technique that is not fully proven. “We have to be confident that when we put it in it will work,” he confirms.

One OEM interested in implementing RLW as a production technique is JLR. That interest is confirmed by Anil Mistry, principal engineer for advanced manufacturing engineering with the company, who points out that the carmaker’s contribution of a real product that could be tested was a fundamental element of the project. 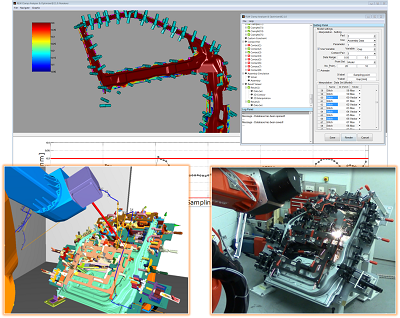 Mistry confirms that JLR has been aware of the technique for some time and has had previous involvement in research projects intended to assess its potential. Nevertheless,he says that JLR’s perception of the technique is that its full potential can only be achieved if a number of conditions are met: that the workpiece involved is a component rather than a complete body-in-white (BIW); that the material is steel rather than aluminium; and also that the general context is a sufficiently high production volume, at least 100,000 units a year in JLR’s case.

The first of those conditions, Mistry explains, arises simply because it is the best way to exploit the “high throughput” potential of the technique. As he points out, “accessibility” for the laser is no problem when just one surface of a single component is being targeted, but it can become so when the much more complex three-dimensional structure of a BIW is involved, not least because of the fixturing requirements that would be necessary.

As for the work in the testbed at Warwick, Mistry confirms that the workpiece involved was a real production-standard Evoque door. The contrast in procedure between that currently employed by JLR in the manufacture of the door and that utilised in the testbed is considerable. Mistry says the former requires a sequence of both fixturing operations and laser processes. “There are separate fixtures, separate robots and separate welding guns,” he states. But on the testbed all the parts are brought together in a single comprehensive fixturing operation and welded by a single robot. “One robot does everything,” he says.

Lookalike results
However, if there is contrast in the procedure, there is absolute comparability in end-product performance. “In that respect, we have got like-for-like,” Mistry states, though he adds that the geometry of the door has been modified very slightly to facilitate the use of the RLW technique. “We have slightly modified some of the flanges to allow for access of the laser.” He also says that, despite the visual impression of great complexity made by one of the doors when it is fully fixtured for the remote process, the preparatory procedures involved are no more demanding than those for spot welding operations.

According to Mistry, JLR feels the project has shown that RLW can deliver on its promise. “We achieved our targets in terms of speed and joint integrity,” he states. The immediate next step, he adds, is likely to be further testbed work involving the production of complete door assemblies including trim parts. He will not be drawn on a likely timescale but says that, as far as JLR is concerned, the technique is now a realistic option for any future, high-volume, steel-based new vehicle project.

Details of the project available at RLW Navigator.