The pickup truck market is now moving towards electric powertrains, but is not without challenges. Magna’s director of electrification, Mike Dowsett, shares insights into its eBeam rear axle development. 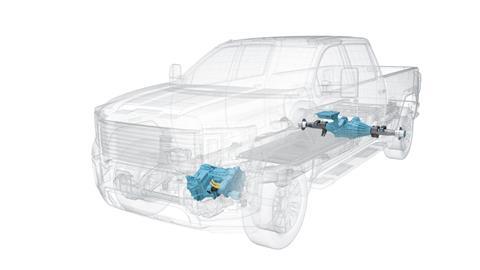 One sector of the automotive market that has so far proved slow to move towards electrification is that for the pickup trucks, which are asked not just to carry heavy loads behind their driver cabs but also to pull possibly even heavier trailers as well. The reasons are not too difficult to estimate. They might include a need for much greater power than for straightforward passenger cars, unconventional use in possibly remote locations without the possibility of the regular recharging available in urban environments and maybe also consumer scepticism derived in part from an affinity for heavy duty internal combustion engines.

But one company aiming to change that situation is US-based Magna. In what it describes as ‘the first significant improvement to the solid beam axle in over a hundred years’ it has developed what it calls its eBeam product – a rear axle for pickup trucks and light commercial vehicles that can provide both electric propulsion and the necessary resilience for typical pickup truck applications.

The details are confirmed by Mike Dowsett, director of electrification for Magna based in Troy, Michigan. “We studied the usage of pickup trucks and light commercial vehicles in a lot of detail before trying to fit this technology onto the axle,” he states. “That involved about 18 months of deep dive into a market that Magna already knows very well.”

As Dowsett further explains that market involves meeting extreme short duration demands such as “pulling a boat out of lake up a slope” as well as an extended ability to tow heavy loads. In practical terms that means the vehicles involved must have propulsion systems capable of providing “high continuous power”. 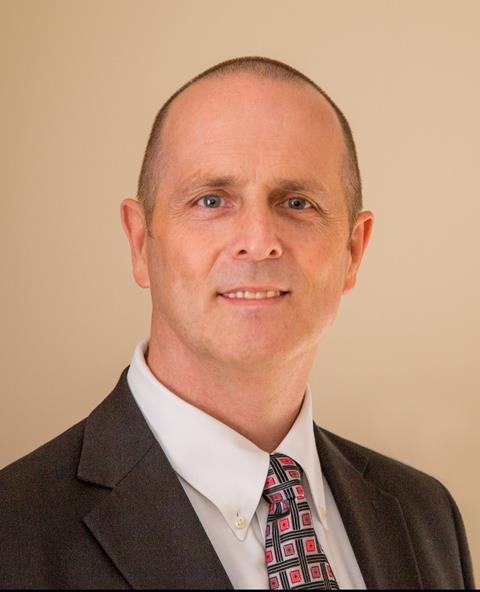 Mike Dowsett, director of electrification for Magna based in Troy, Michigan

Power and packaging considerations
But Magna also set itself another challenge in the development of the product which was that it could be fitted to existing vehicle architectures. “This is very important,” confirms Dowsett. “The eBeam was designed as a drop-in replacement axle from the very beginning.”

Dowsett explains that beam axles and their concomitant vehicle architectures are a proven configuration that provides high payload and towing capabilities, while maintaining stability and safety under load. As such, a fundamental objective of the development project was to ensure that these attributes would not be compromised to any degree by the transition to electric propulsion.

The same was true of cost considerations. “Vehicle platform changes are also extremely expensive to automakers,” Dowsett points out. “So, designing an electrification system that maintains safety and towing/payload capabilities, while also preventing expensive architecture changes was a win-win solution.”

Hence not just power but also packaging was a key consideration. But, Dowsett continues, “it was not just a matter of a straight transition from an existing combustion engine. It would have been very easy just to take components and hang them off the back of the axle but that wasn’t the approach we took.”

“We studied the usage of pickup trucks and light commercial vehicles in a lot of detail before trying to fit this technology onto the axle” – Mike Dowsett, Magna

Again, Dowsett explains how the actual product is configured to achieve these objectives. “The main componentry are the e-motor, inverter and gearbox,” he says. “But they have got to sit inside the existing axle tube and driveshafts because that will enable us to work with pretty well every OEM in the world that produces a framed pickup truck.”

Dowsett makes it clear that no other approach was feasible. “The OEM will want to fill all the space in front of the eBeam with batteries, so hanging a big motor and gearbox off the front of it would compromise that,” he points out. “But hang them off the rear and that would take up spare wheel space. So, it was critical to get the packaging right.”

An essential enabling factor, Dowsett adds, is the use of a co-axial electric motor. “We sought to keep the weight of the motor in-line with the beam,” he explains. The motor itself, he adds, is a “modified off-the-shelf permanent magnet unit from Magna’s joint venture with LG.” The gearbox is also mounted as close to the centre line of the axle as possible though Dowsett is keen to stress that it can have “different ratios for different vehicles so there is the potential for a lot of flexibility.” Meanwhile the inverter can be mounted either on the axle or remotely. Dowsett says that a remote location will be especially relevant for a front eBeam, an option which he also confirms Magna does have in development.

Otherwise, the actual physical construction of the eBeam is quite conventional. “The structure up to Class 3 is steel tubes with aluminium housings,” Dowsett states. “Above Class 3 it uses steel and cast iron.” This established form of structure is appropriately the solution arrived at after what he describes as “a lot of old-school analysis” particularly to understand the implications of the vibration likely to be generated by the device in use. “We understand that it will be low frequency vibration compared to what will be generated by an internal combustion engine,” he confirms.

Sheer resilience was also a primary consideration. “We designed it to withstand shock loading of 100g, which is extremely high,” Dowsett says. “That is what you might expect from hitting a pothole at 70mph.”

Dowsett says that in use the system can make use of existing OEM tubes, driveshafts and weldments for suspension and braking systems. “All of the key interfaces such as those for leaf or coil springs and mounts for shock absorbers can be maintained,” he states.

Moreover, though the eBeam is not yet in commercial service it has been fitted to a demonstrator vehicle and that application is proving out the versatility of the device in terms of its ability to be fitted to just about any current on-road vehicle. “On the demonstrator all the components sit within frame rails,” Dowsett confirms.

Meeting manufacturing requirements
Just as importantly switching over existing ICE vehicles to electric propulsion using the eBeam will not require any significant changes in assembly procedures at the OEM. “In assembly operations the eBeam is likely to be 50-60lbs heavier than an axle it is replacing, but so long as the hoist can cope with the extra weight there will be no real difference for assembly staff,” says Dowsett. “Then it is just a question of plugging in connections for the batteries, cooling system and general electrical interfaces.”

When the eBeam is brought to the market it will provide power in the range 120-250kW in three different configurations. These will be 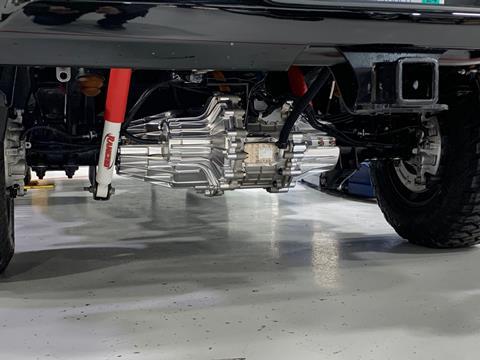 “An off-road oriented vehicle may want to use the eBeam with two speeds, which effectively offers a low range gear similar to the low range of a transfer case,” comments Dowsett. “But a high-performance truck or one that requires serious power levels might use one with twin motors. However, most trucks and light commercial vehicles would be covered with the single-speed, single-motor eBeam that we have first debuted. This design can be scaled up or down as needed.”

That will, though, not be for a little while yet. Dowsett confirms that volume production of the product is scheduled to start in early 2025. But the hiatus is not due to any need for further substantial development work. “The delay is simply what you would expect with typical automotive cycle times,” states Dowsett. “The concept is proven, and the product is validated.” Moreover, when volume production does start then the operations involved will be easily transferable. “The eBeam is designed for the global market and will be suitable for manufacture in any of the Magna facilities worldwide,” he states.

Dowsett adds that when that does happen the eBeam will simply form part of a portfolio of electrification options that Magna will offer and that the company does not expect that the arduous demands of the pickup truck market will invariably be met by single eBeam units in vehicles. “A single-motor eBeam would certainly be capable of powering a pickup alone depending on the class and use-case of the truck,” he states. “But the power levels and the choice between one or two motors depend on the OEM’s requirements for a specific truck and whether 2WD or 4WD are required.”

In the case of a 4WD vehicle then the power to the front wheels might be provided by the front wheel version of the eBeam that Dowsett indicates is already under development, an electric motor configuration of the type that is already well-established or even an internal combustion engine. “Our expectation is that most electric pick-up trucks will be 4WD,” he adds. “But all eBeam variants can be used as part of a full electric or hybrid powertrain.”

But the ultimate test will be how drivers used to the performance of ICE trucks will react to electric propulsion. Dowsett is confident that reaction will be positive. “With the existing test vehicle, you can tow a 10,000lb trailer and not know it is there,” he states. “We have also got a lot of truck guys in the Troy office, and they are pretty excited by it.”