A lighter coat: how Porsche and suppliers are reducing waste and errors in paintshop

Paintshop leaders from Porsche and Sames Kremlin spoke to AMS in an exclusive livestream and interview regarding innovations in technology and new approaches in the automotive painting process. 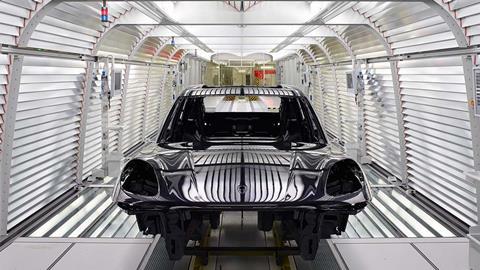 Automotive paintshops are highly automated and technologically advanced across coating, drying and colour techniques. However, OEMs and suppliers continue to evolve processes, with opportunities in areas such as sealing and quality control. Manufacturers are also increasingly focused on reducing waste and energy consumption across the paintshop as part of wider sustainability goals.

In an exclusive AMS Livestream hour, paintshop leaders from Porsche’s plant in Leipzig, Germany – which produces the Macan and Panamera –and paintshop specialist Sames Kremlin revealed key areas of development in automation and energy reduction. Porsche, for example, has introduced a new error detection system in the paintshop, while also making significant advances in reducing overspray and collecting excess paint, which support efforts to reduce waste and energy consumption. 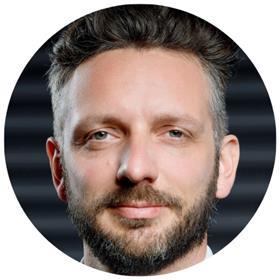 In Leipzig, the use of quality camera technology and robotics have been major milestones for Porsche in identifying potential errors earlier in the paintshop process. Earlier this year, the carmaker implemented an automatic defect detection system that features two robots capturing hundreds of thousands of images. According to Henning Steinborn, who has led paintshop at Porsche’s Leipzig plant since April 2020, it is a significant upgrade from previous quality control systems.

“There’s two basic differences in such systems. One is a static system without a robot; it’s just cameras in a tunnel that take pictures of the paint surface,” said Steinborn. “Our system is a bit more complicated. It’s two robots on a seven-axis so they can move alongside the body shell, and then it’s four cameras and a light source which puts light patterns on the surface.

“We take a picture of the body shell every 2mm, so that’s 100,000 pictures in 72 seconds, with analysis for a further 30 seconds to show us not only where we have a defect but what sort of defect it is.”

“I think we need less mechanical and more IT skills to make sure they have the right sort of qualification for automated processes”
Henning Steinborn, Porsche Leipzig

The detected errors are depicted in a 3D visualization, with each error referenced against a database with already known abnormalities. The system determines independently which errors are significant and labels them according to an internal scoring system, colouring them according to severity. The data collected is then identified and communicated to workers. The system is a first in paintshop across Porsche and the wider Volkswagen Group.

Porsche has also introduced a more automated patch system to avoid corrosion during the paint process. Anticorrosive coating flows through deliberately constructed holes in the body cavity in the paintshop, which then must be sealed watertight. OEMs typically do such sealing by manually inserting plastic plugs into each hole, but the new system patches these holes automatically, reducing errors and improving ergonomics.

Klaus Koberg, head of paintshop maintenance in Leipzig, also pointed to the potential of using big data in paintshop, for example, in rolling out preventative maintenance. Data is currently collected, but Porsche sees more opportunities to use it strategically. A maintenance application for use on mobile phones will be launched in 2022. 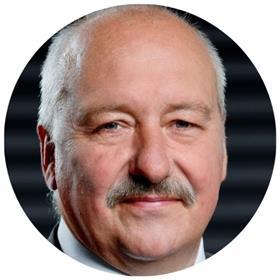 Koberg is the head of paintshop maintenance in Leipzig

For Steinborn, these advances are part of a wider push to use more software in production, including in paintshop. “I think we need less mechanical and more IT skills to make sure they have the right sort of qualification for automated processes,” Steinborn said.

However, both Steinborn as well as Sébastien Salze, automotive marketing manager at Sames Kremlin, noted that human skills and intervention will still be required throughout the manufacturing process, including for paintshop.

“Automation could be increasingly used to detect errors and tell the operators what to do,” Salze said. “However, to maintain high quality we still need to keep people in the paintshop who understand how the paint reacts, how the paint is sprayed, so that they can identify potential issues and how to solve them.”

Any colour you want, as long as it’s green

In Leipzig, Porsche has implemented a number of innovations to reduce and better manage paint overspray. For example, the carmaker uses an ‘eco-drive scrubber’ to remove overspray from the paintshop and to improve air quality in the plant. The system funnels air and collects excess paint, which can be re-used to avoid wastage.

Porsche’s Leipzig paintshop has switched to a rock-meal filter system as part of the dry separator to collect any paint overspray, according to Steinborn. This new technology uses a regional limestone powder as a filter that binds the paint overspray, which is then collected and turned into mortar in a cement plant nearby. Compared with a water-based system, it reduces energy use by up to 60%, said Steinborn.

Projects to reduce overspray waste have also supported wider reductions in energy consumption in manufacturing – especially in the notoriously power-hungry paintshop. Already, the Leipzig plant is powered entirely by renewable energy, including from photovoltaic sources; a biomass plant near to the factory supplies heating for the paintshop as part of a process that is 80% CO2-neutral. Klaus Koberg pointed to other efforts to reduce energy, such as increasing recirculation in spray pools by 80-90%.

Sébastien Salze at Sames Kremlin also pointed to opportunities to reduce paint waste and save energy, including through systems that limit losses during colour changes. He added that the use of an electric pump can bring “huge energy reduction”.

Porsche has also been closely monitoring air usage during the drying process. It discovered that it was using too much air to dry body shells by running dryers continuously during shifts, and only switching them off at the end of shifts. Now, the system turns on when the body shells arrive at the dryer and are used incrementally as bodies move through, which further saves energy, said Steinborn.

Despite these advances, energy savings are less a strategic initiative and more part of daily efficiency work in paintshop, according to both Porsche and Sames Kremlin.

As carmakers ramp up production of electric vehicles – the Porsche Leipzig plant is about to start output of the electric Macan, for example – Henning Steinborn predicted that changes for paintshops would be incremental, “more of an evolution than a revolution”. 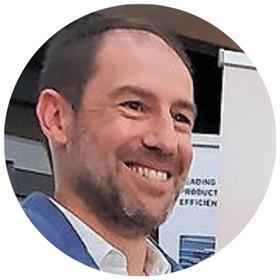 For example, EVs will have certain requirements for temperature levels for battery and voltage systems. For battery packs, Steinborn added that OEMs need to make sure that the underbody is sealed off to the interior to make sure it’s dry and resistant to corrosion.

Ensuring that EV-specific parts are corrosion-proof will require derations in material and equipment types, according to Salze. “We see that there is some liquid coating used, some powder coating used as well, as well as high viscose material for adhesive or ceiling gasketing,” he said.

Steinborn also pointed out that new EV platforms would require some different approaches in paintshop as well. However, he felt Porsche would benefit from processes for existing models. The Panamera has required heat expansion during the oven process, for example, which changed the way Porsche handled the body.

“I think the new platforms will give us an opportunity really to use new technology we have just introduced in our paintshops,” Henning said.

Experts at Porsche and Sames Kremlin agreed that the relationship between OEMs and suppliers will be increasingly important in the evolution of paintshop operations, including in choosing new materials and in developing the right skills.

Sébastien Salze said that OEMs and suppliers will continue to strive for painting processes that require as little use of paint ovens as possible to reduce energy, including through the use of faster drying chemicals.

At Porsche, Henning Steinborn saw paintshops moving increasingly towards being a “closed system with no real waste”.

“Our vision is for low-energy consumption with new materials, the maximum amount of help by automated systems, and a minimum amount of manual re-work so we can have a lean and green process,” he said.

For more on automotive paintshops and sustainable manufacturing strategies, register to join the Automotive Manufacturing Evolution Summit on December 7-8