Transforming a field into a factory – Jaguar Land Rover in Slovakia

Plant launch specialist Mark Parody reflects on the approach he took when set the daunting task of launching production at Jaguar Land Rover’s state-of-the-art factory at Nitra, Slovakia, including putting together a new team and coordinating significant complexity at each stage of manufacturing

Having been lucky enough to work in and around car factories most of my career, I had always marvelled at their size, complexity and how they just seemed to ‘work’. Through various engineering and manufacturing roles I had learned how these factories ran on a day-to-day basis but always wondered what kind of organisation it would take to synchronise all the hundreds, possibly thousands of elements required to start one from scratch – to transform a ‘field into a factory’. 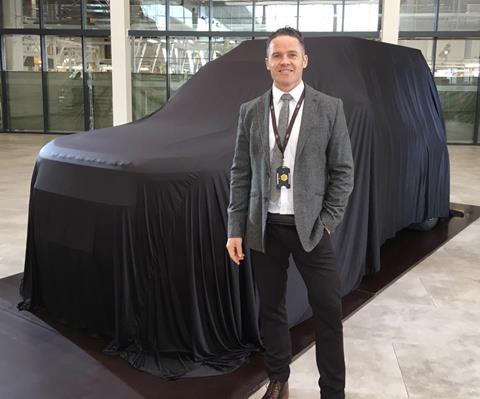 So when I was asked to be the greenfield launch manager for Jaguar Land Rover’s first wholly-owned production site outside of the UK, it was the sort of opportunity I thought may only come around once in a career. I didn’t hesitate in saying “yes”.

As I stood at the site chosen for the new facility in the small university town of Nitra, Slovakia, a 50-minute drive from Bratislava, I began making mental notes of the kind of team I would need to help organise the site’s readiness to build cars. The business needed vehicles rolling out of the factory within two years and it was my responsibility as Senior Manager of Plant Launch to coordinate the ‘5-Ps’ – Plant, Process, Product, Parts and People – to be ready for the start of production.

We needed a good bandwidth of experience, drive and grit – launching a 150,000-vehicle-per-year capacity factory wouldn’t be easy – as well as those with local knowledge and, most importantly, the ability to lead their own teams. However, I also wasn’t naive enough to think these kind of people would be easy to find, either internally in JLR or externally. So I settled on a leadership narrative that sought out those who cared deeply about what they were doing and showed the necessary determination – I could teach the rest.

I started my career at JLR as a Graduate Manufacturing Engineer in 2003 so I already had a strong network. Yet, I knew from the start that we needed a mix of people with both ‘JLR DNA’ and also some new faces with local car-building knowledge and contacts in Slovakia, which is still a relatively new part of the automotive manufacturing world.

My responsibilities including leading launch activities in each technology area for manufacturing (Body in White, Paint, Final Assembly, Quality and overall Programme Management). Slovakia was, and still is, the highest car builder per capita, so I was ultimately able to recruit a mix of personalities from different parts of JLR UK and from within the industry in Slovakia. However, this proved more difficult than expected as the likes of Hyundai-Kia, Volkswagen and PSA already had a strong foothold in the country and all offered the safety net of working within an established facility.

With the help of a recruitment company in Bratislava, I chose to pitch the leadership roles in the plant as the kind of ‘once in a career’ opportunity that lured me in – and it worked. The people that I eventually took on didn’t leave their roles for significantly improved pay; it was more the opportunity to build something of their own in their home country that they could drive past with their kids or look at on Google Earth and say “I did that”.

Admittedly I didn’t hit the jackpot with my team selection first time, and learned many lessons about Slovak and British culture along the way. But through internal movements and some natural attrition, each manager I eventually appointed to my ‘First Line’ was someone promoted from within the team, so they had a very good handle on what the team was responsible for, credibility within their own peer group and, importantly, they knew how to work with and effectively lead their team. The confidence they showed as leaders and their ability to make decisions allowed them the autonomy from me to get on with the job, which in turn allowed me to do the same. 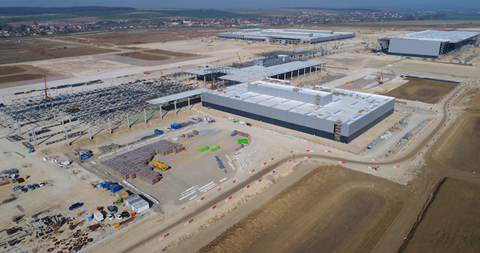 Over the course of nearly two years, the team coordinated the construction, technology fit-out and commissioning activities to get the Nitra plant operational

There were areas of development, both technically and behaviourally, for us all that we spent a lot of time using individual development plans to help address but essentially we all shared the same values as far as achieving our target was concerned; we all cared about getting the factory finished and producing cars on time.

Over the course of nearly two years my team and I coordinated the construction, technology fit-out and commissioning activities to get the plant operational. We also designed an appropriate vehicle launch plan that would take into account the usual requirements – namely, gradual ramp-up of vehicle numbers over a number of pre-serial production build phases. We were also sympathetic of the unique scenario we were in as a new plant; there was no specific ‘JLR process’ to follow.

Besides a joint venture in China with Chery, JLR had never set up shop outside of the UK on its own before the plant in Nitra. There are many variables to consider: are our local suppliers ready to launch? Are the internal IT systems, which established factories take for granted, ready and available? Is the brand new workforce in place and set to actually build a premium car? This all led to the development of risk mitigation plans that, unless my team was both diverse and empowered, would not have been possible.

The tool I found most effective for keeping track of all the many moving parts of the launch process was a weekly status review I chaired called ‘Process Chain’. My theory was that if I worked backwards from each major build event and measured our readiness level across each of the 5-P’s versus where it needed to be, then we would quickly be able to identify the risks and put actions in place to mitigate them.

This cross-functional review quickly became the cornerstone for launch readiness and the single source of data for the business. Senior members from each of the manufacturing technology teams – which included Manufacturing Engineering, Product Engineering, the supply base, IT and Quality – were invited to come along and physically present their status in relation  to the plan.

To try and encourage openness and for attendees to physically be ‘in the room’ I discouraged the use of Powerpoint. I gave each stakeholder a large whiteboard to use to prepare each week’s report and made this a stand-up meeting. Despite sometimes being quite an arduous session, this forum ensured the wider team was all pulling in the right direction and difficult problems were shared and addressed quickly before they escalated.

A particularly difficult area of the launch my team and I faced was in its Programme Management. I was lucky in that the first product planned to be built in Nitra (Land Rover Discovery) was a ‘lift & shift’ launch; current production of the car was planned to move from Solihull in the UK to the new factory in Nitra. That meant there was very little in the way of re-engineering and it was mostly a case of moving/re-tooling the supplied parts.

However, my team needed to manage the transition of production from the UK to Slovakia and ensure that as Solihull ramped down (to clear capacity for other products) Nitra was able to ramp up, and the shift of supply base from the UK to Central Europe could be done at the required rate such that the Nitra launch was not restricted through parts supply.

One solution used to ensure supplier readiness was to nominate senior managers to become ‘supplier champions’ whose role was to support the supplier on their ramp down/ramp up activity and help solve problems that may hinder their performance. It’s because of this activity I found myself in an exhaust supplier every two weeks for over a year and know far more now about their manufacturing process than I ever thought I’d need to.

“I’ll take care of this”

As we headed into the period towards the start of production when, naturally, the pressure intensifies, I was very proud of the way my team managed to stay level-headed and most importantly in control. At times we had wildfires burning all around the local area, something that only ever affect the launch of a vehicle into a greenfield plant. For instance, as a result of delays in obtaining full operational working permits we needed to build all early pre-production cars wearing full construction PPE – in the 34ºC heat of a Slovak summer.

But the combination of my teams experience, ability to solve problems and a “I’ll take care of this, don’t worry” attitude, meant that we succeeded and got both the factory and the vehicle into series production more or less on time. 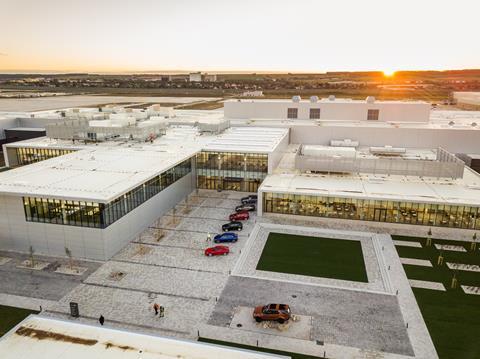 After we achieved Start of Production, I took some time and reflected on the factors that, despite the experience being painful at times, made this project the single most satisfying challenge of my career to date. It boiled down to the leadership element of my role and the satisfaction I took from seeing my immediate team develop themselves into highly effective leaders in their own right, managing their business almost autonomously and eventually only really relying on me in a directional capacity.

Team building and development was critical for the 120+ members who worked in my organisation. Without all the late nights spent in the factory together solving problems, weekend conference calls, team building drinks after work, individual development plans, 1:1 coffee breaks where we would talk about our kids or the football and the ‘town hall’ communication meetings I held, the net result might’ve been very different. Each of these engagement elements was difficult to quantify in terms of how it shaped our team or contributed towards our success but they were all important in their own right.

Most of all, though, the one key trait we all showed, even when the going got really tough and emotions ran high, was that we cared about doing a good job and so found a way through and onto the next challenge. As I moved from Slovakia onto the next stage of my career, I like to think this behavioural legacy remains and that I have left behind a group of leaders able to deal with pretty much any situation they are likely to encounter as they continue to launch more premium vehicles into JLR Slovakia’s amazing facility.

Mark Parody was Greenfield Plant Senior Launch Manager at Jaguar Land Rover, with responsibility for launch activity across production functions at the carmaker’s factory in Nitra, Slovakia until January 2020.

Jaguar Land Rover’s €1.4 billion ($1.55 billion) factory in Nitra opened in October 2018. It has an annual output of 150,000 units, and is currently home to production of the Discovery as well as the new Defender. It is also the first plant in Europe to use Kuka’s Pulse carrier system, which has 30% faster transfer times than conventional conveyance systems. 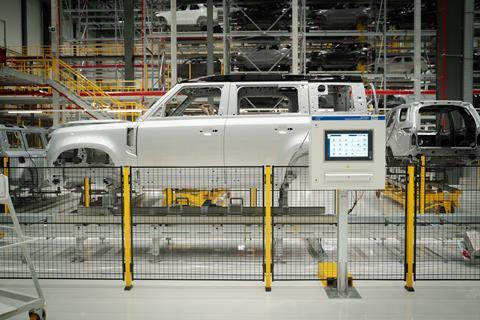 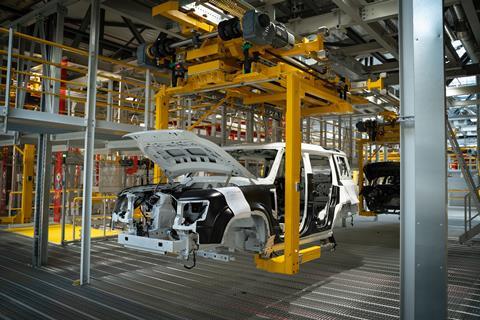 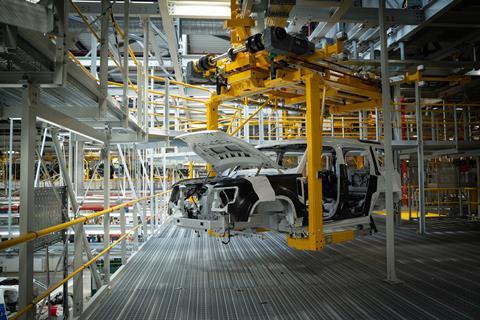 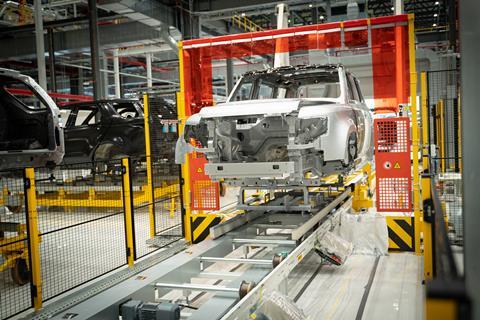 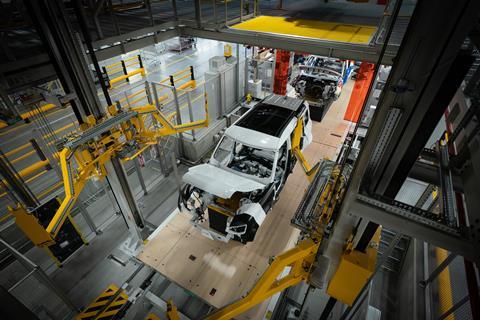 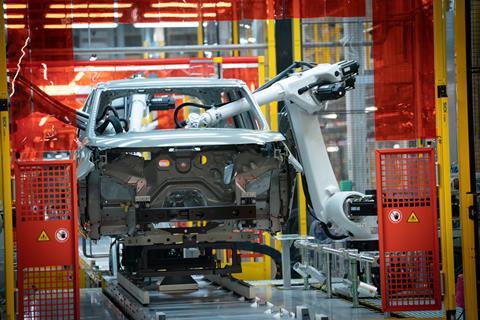 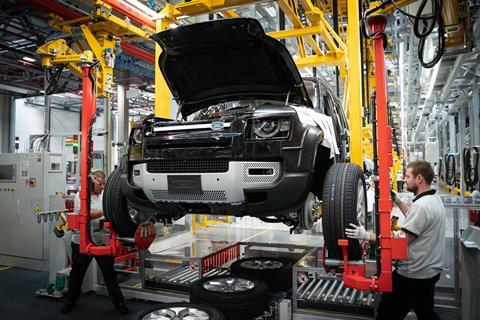 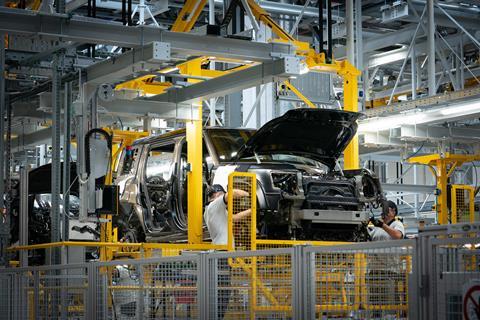 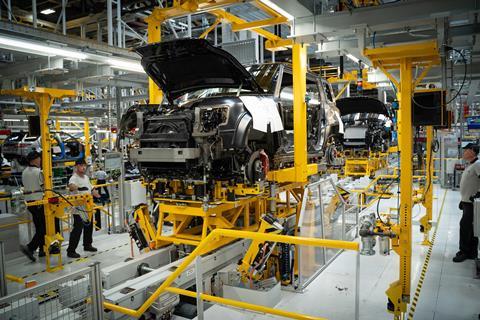 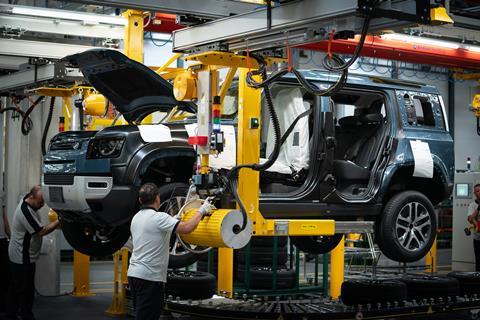 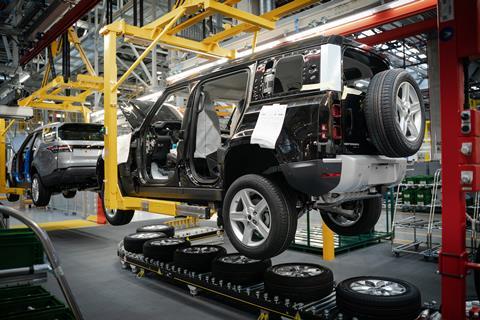 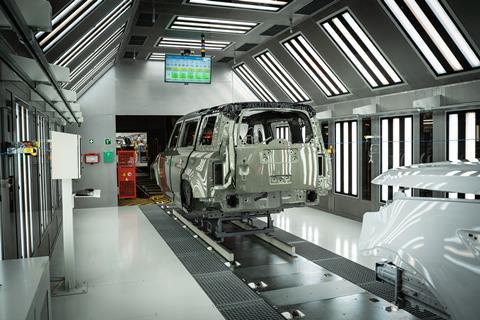 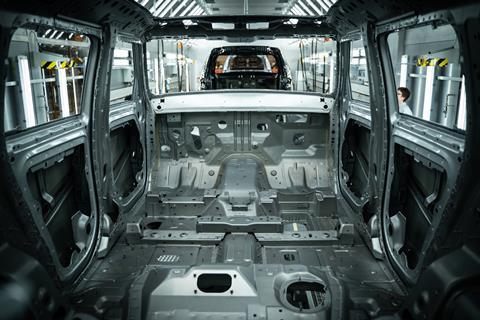 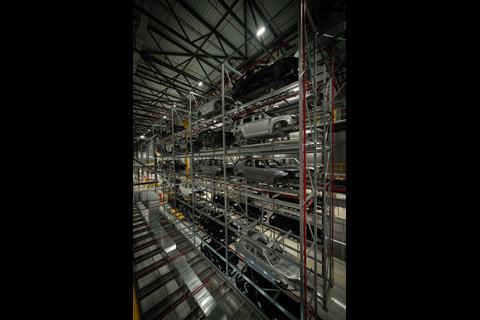 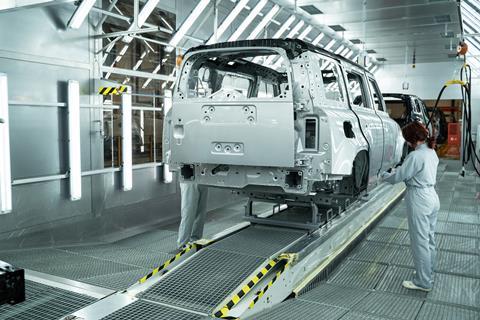 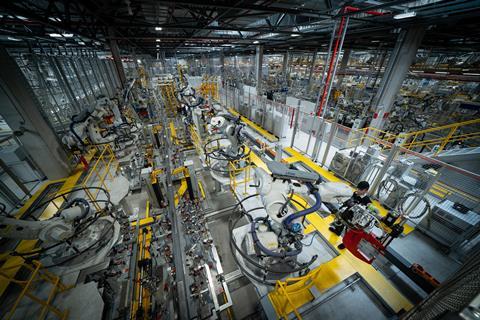