The new XC90 is the Swedish vehicle-maker's most important model yet, introducing the latest SPA architecture. The technical director for this big SUV tells the story behind its development 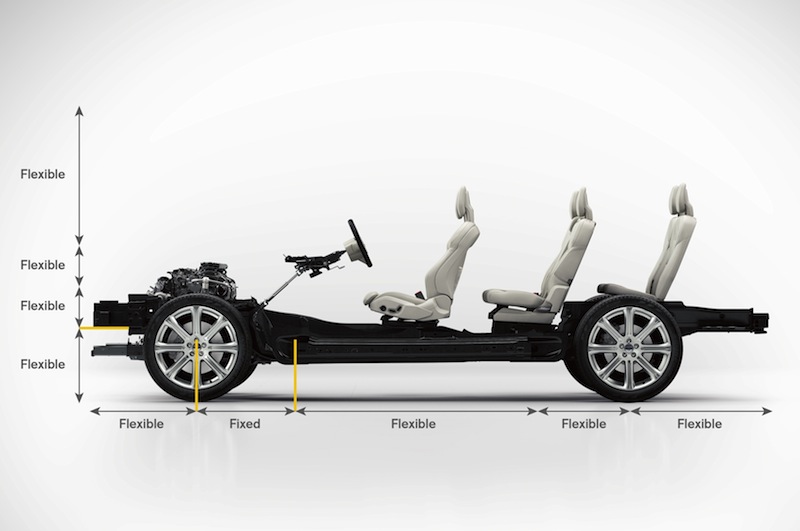 AMS: As technical director, are you head of engineering for just the V526 [the new XC90] or all other future big Volvos?
Håkan Ivarsson (HI): Yes, I am the chief engineer for the car, so I have control over the industrial system and the product development. It’s managing the product development, the manufacturing, and also purchasing. What we call the 90 Cluster models, I am also in charge of these [the future S90 replaces the S80; the V90, the V70; and the V90 Cross Country, the XC70].

AMS: How long have been in this role?
HI: My previous car was the XC60; same role, but I have been in product development since ’90. So in total, 35 years at Volvo, but with different positions.

AMS: The car is being rolled out globally, so what happens to your role?
HI: The plan is for me to stay with this car through its lifecycle. Of course, I know it well and I want to take care of my baby.

AMS: When did you first become involved in the V526?
HI: That was in 2009. I was the manager of the concept studies. But then you have to put the strategy together, so the project didn’t really start until 2011.

AMS: It has been a long time since Volvo Car Corporation launched a new architecture.
HI: Yes, it’s true. It has been a long time. We last did this in the '80s for the 850. I was in manufacturing at that time and I developed equipment for that model. In the '90s we developed the P2 large-vehicle platform, and at that time I was a Volvo engineer responsible for all the top hats. It was an evolution of the 850 platform, but more or less everything was new.

After the P2 I was then involved in working with Ford as we developed a common platform [EUCD] to be used worldwide, and we still use this. I was the leader of the Volvo part of that global project, trying to secure all the Volvo requirements for that platform. There were a lot of trips to Germany. Then, Ford sold Volvo, and I had to start again! So, it’s a long story to get to SPA [Scalable Platform Architecture]. 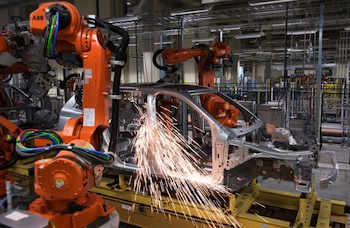 AMS: Is it the most complex project seen there?
HI: For a long time, yes. We have built a new bodyshop, and we tried of course to save as much equipment as we could. Even if you have to bring in a new architecture, you cannot disturb the running production. So the trick is to implement new equipment in the production run. We have invested close to two-and-a-half billion Swedish crowns ($301.5m) in Torslanda; a lot of money.

AMS: What did you do with the P2 and EUCD cars at Torslanda during preparations for SPA?
HI: In the bodyshop there are separate lines, so in parallel we produce S60, V60, V70, XC70 and S80 – these are the EUCD models – and XC90. When the bodies arrive at the paintshop they go on the same line but you have some subassembly areas that are different.

AMS: As the EUCD cars reach the ends of their lifecycles, what changes will then happen at Torslanda?
HI: No big changes, really. We will take out some equipment – the subassemblies you don’t need because the plant has already been phased in with SPA.

AMS: When was the last time Torslanda was producing that sort of volume?
HI: I think it would be 2008, maybe 2007. Well, we didn’t reach the same volume but we had three shifts. Then the [economic] crisis came and we went back to two shifts.

AMS: VCC has said that the car will only be made in Sweden and China, but is there any reason why the XC90 could not be built in Ridgeville?
HI: It will be an SPA plant. But which models will be manufactured there, I cannot say.

AMS: Are there are plants which will be able to build both SPA and CMA [Compact Modular Architecture] models?
HI: Well, we build SPA and EUCD models in the same plant today, so yes, it’s possible. You can always have overlap as one architecture is ending production and the next one is just beginning.

AMS: Why two new platforms? Couldn’t VCC have developed just one for all of its models?
HI: When you are designing the platform, somewhere there has to be a limit in certain parameters. If you develop the same suspension for the XC90 and the 40 cars [V40 successor and other compact Geely and Volvo models], it’s not smart because in the smaller models you will have too much weight, too much expense. You have to decide, this component can be shared and this other one will be unique. So we have a plan with SPA and with CMA of what should be new and what should be reused.

AMS: There must be work going on in China for future production of SPA models. Are your people leading that or is it a Geely project?
HI: Yes, there is a team from VCC there already. We have seen production of S60 long wheelbase just in China and now that car is being exported to the US. Concerning SPA vehicles, it’s not something I can talk about just yet.

"You have to drill down to every detail to get the weight out and you have to do this with every part of the car" – Håkan Ivarsson, Volvo

AMS: We know there is a PHEV variant of the XC90 coming. Why wasn’t it part of the launch range?
HI: You cannot do everything at the same time. First you do the basics and then the next versions, so it’s a staggered launch plan. We began with the four-cylinder diesels and petrols, then comes the R-Design model grade later this summer, and then the T8 Twin Engine [petrol-electric plug-in]. And of course the car is being rolled out market by market. First we had Europe, and China, and soon North America and other regions. 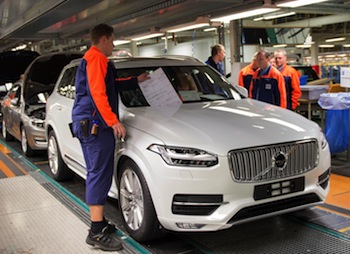 Pre-production assembly of the all-new XC90 at Volvo Torslanda
AMS: How much more complicated will the build process at Torslanda be for the T8 Twin Engine?
HI: It will go on the same line, at the same speed. Remember, we have developed the PHEV model in parallel with the regular four-cylinder diesel and petrol cars. And you don’t know where the volume will be.

AMS: If the price of oil were to spike, could you quickly adjust the mix to produce more PHEV XC90s?
HI: It’s not a problem for manufacturing but for the suppliers it could be more difficult.

AMS: When SPA vehicles begin production in China, will VCC’s suppliers be there too, or would Geely want more local tier ones and tier twos?
HI: It will be a mix. As you know, many of the suppliers are already in China. These can be Chinese companies or maybe European or American or from somewhere else. The thing which matters is the quality of the components and being able to deliver them at the right price. This is what VCC wants, this is what Geely wants. A car like the XC90 can have 4,500 parts. You must decide which ones you localise and which ones you don’t.

AMS: The old XC90 was surely the lightest car in its segment. It must have been a challenge to keep weight down with the successor model, given that it is larger and has a lot of extra technology.
HI: Yes, it’s 140mm longer and 125kg lighter. This was a major challenge, to optimise the engineering and not to compromise safety either. You have to look at every gramme. One example is the screws and nuts. Just by changing the size of every one from M6 to M5, we took out 10kg. You have to drill down to every detail to get the weight out and you have to do this with every part of the car.

AMS: The first XC90 was built from 2002 to 2014, and it’s still being made in China. Will the new one be manufactured for that long?
HI: Twelve years was too long. We always had a plan for seven years but for various reasons that car remained in production for a long time. Then sometimes you have a situation like we have with the XC60 now. This is the seventh year [of production] and we have the highest volume yet, so we don’t want to stop building it. But an ideal would be between seven and eight, or maybe nine years.