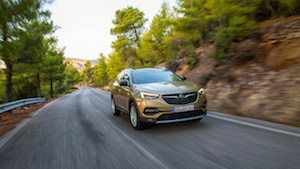 Namibia - The Grandland X and 3008 will be the first Opel and Peugeot models to be assembled at a new plant in Walvis Bay, Namibia. It will start operating during the second quarter of 2018 as part of a joint venture between the OEM and the Namibia Development Cooperation (NDC) - an organisation set up and run by the country's government in order to promote economic growth and development.

The two cars will be assembled from SKD kits. The OEM has hinted that full-scale production could take place at a later date, but details are currently under wraps. PSA hopes to make 5,000 units per year at the facility by 2020, which could be a crucial step in achieving its goal of doubling overseas sales, recently outlined in the company's new PACE! strategy. More models are likely to be assembly at the site, but introduction will depend on market demand.

According to Jean-Christophe Quemarde, executive vice president for the Middle East and Africa Region at Groupe PSA, the facility will better position the company as it looks to take advantage of various growth markets. "This investment in Namibia is part of the long term strategy of Groupe PSA to increase its sales in Africa and the Middle East, consistent with our target to sell one million vehicles in 2025," he noted. "This new capacity will serve regional markets with products in line with our Opel and Peugeot customer expectation."

The models will be sold across the Southern African Custom Union (SACU), which includes Namibia, South Africa, Botswana, Lesotho and Swaziland.