What happens to EV batteries at the end of the vehicle’s life? Mike Farish reports on recycling and reuse options 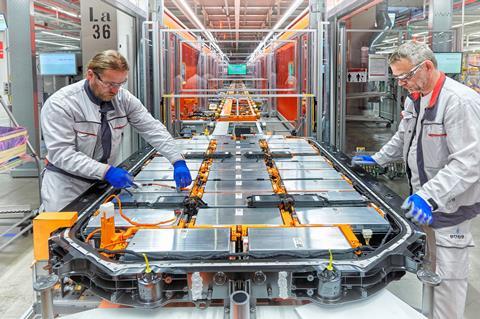 The increasing use of electric vehicles (EVs) will inevitably require comprehensive procedures for the safe and economic recycling of their batteries. Just last September an attempt to quantify what that might involve for just one country the United Kingdom was published by UK centre of automotive manufacturing and battery technology expertise the Warwick Manufacturing Group (WMG).

The report, which analysed the economics of recycling lithium-ion (Li-ion) batteries, found that the value of end-of-use automotive packs is currently £3.3/kg for battery electric vehicles and £2.2/kg for plug-in hybrid electric vehicles. But UK-based OEMS are paying £3-8/kg in recycling costs for Li-ion batteries which are exported for processing after which recovered materials must be repurchased before they can be used again. So clearly the potential for enhancing the overall economics is considerable.

Anwar Sattar, lead engineer in battery recycling at WMG and one of the authors of the report, explains that in Europe the relevant legislation is the European Directive 2013/56/EU which stipulates that 50% by mass of the battery material must be recycled. He adds that “a material can only be considered recycled once it becomes a product that can be reintroduced onto the market, which means that a recycler must not only account for their own processing efficiencies but also that of their customers.”

“European Directive 2013/56/EU stipulates that 50% by mass of the battery material must be recycled” – Anwar Sattar, WMG

Meeting the recycling criteria
In practical terms, adds Sattar, this means that when prioritising materials for recovery from used automotive propulsion batteries, three factors need to be evaluated. These are the value of the material, its ease of recovery and its ability to be recycled. When those criteria are applied to the Li-ion batteries that are most commonly used in electric vehicles then metals become the prime target precisely because “they fit all three criteria.”

Moreover, the separation of the metals in Li-ion batteries from the other components is, Sattar confirms, “quite easy and can be done using widely available technologies such as magnets or eddy current separators.” The most expensive metals in Li-ion batteries, he further explains, are found in the cathode powder as metal oxides not as pure metals and as such must be recovered by a hydrometallurgical process in which the metal oxide is first broken-down using acids and then the different metal ions are separated from each other. In contrast the low value of the non-metallic materials in Li-ion batteries most obviously the plastics means that there is currently no economic case for recycling them though Sattar indicates that situation may change as volumes increase. 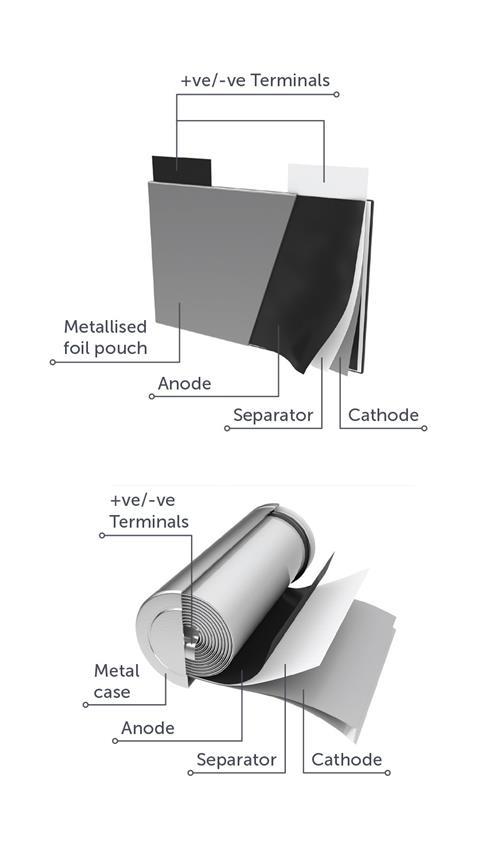 Factors to be evaluated when prioritising materials for recovery from used EV batteries, are the value of the material, ease of recovery and its ability to be recycled

At present, says Sattar, there are two main methodologies available for Li-ion battery recycling – pyrometallurgical in other words high temperature smelting and mechanical shredding followed by material separation. But for automotive Li-ion battery recycling Sattar says that the biggest challenges for improving process throughput lie in the initial stages of discharging and dismantling the battery packs, which apply equally whatever the subsequent material recovery process. But the greatest potential for improvements in recovery efficiencies lies in mechanical shredding since combustive pyrometallurgical processes destroy all the plastics, electrolyte and graphite materials.

Meanwhile an interesting difference between new and depleted Li-ion automotive batteries is the difference in the respective values of the cathode and anode current collector materials compared to that of the whole battery. It actually increases from 51% to 93%. Sattar explains that the anode is a copper foil with a graphite coating whilst the cathode is an aluminium foil coated in a lithium-transition metal-oxide powder that may be cobalt, nickel, manganese or a combination of the three. He says that the difference in relative value between the new and the scrap material is mainly due to the material processing costs involved. In a new battery the figure is determined by both the metal and non-metal contents as well as the labour and energy required for processing the materials to achieve the stringent specifications required by battery manufacturers. But for end-of-use batteries the figure is determined almost entirely by the metal content and in particular the lithium, cobalt, nickel and copper.

Battery chemistry development: implications for recycling
For the future Sattar says that the continuing development of battery chemistries will certainly have implications for their recyclability. This will be the case whether those changes are as fundamental as, for instance, the introduction of solid-state lithium ion or sodium ion batteries or involve only slightly different chemistries such as replacing cobalt with nickel or manganese. Ironically, though, he points out that a move towards batteries with cheaper metals may well adversely affect the economic case for recycling them. But in contrast more profound changes in battery chemistries – he cites solid state lithium ion batteries as an example – may enhance the profitability of their recycling because the absence of flammable electrolyte will make them easier and therefore cheaper to recycle.

As far as vehicle OEMs are concerned Sattar states unambiguously that “it is in their best interest to enable recyclers to attain as much value from the battery as possible.” One way of achieving this is to provide recyclers with ‘battery passporting’ data allowing them to access the history of the battery to enable them to determine the state of the battery and facilitate rapid decision-making as to the optimal treatment route. Failure to do this could feasibly add additional costs to the recyclers that might even lead to them charging vehicle manufacturers for the recycling.

Meanwhile one OEM exploring the re-use rather than recycling of used Li-ion batteries is Audi. Since last year the company has been operating a test installation at the EUREF research campus in Berlin in which a bank of former EV batteries is used to store electricity generated by renewable means before it is fed into the power distribution grid. 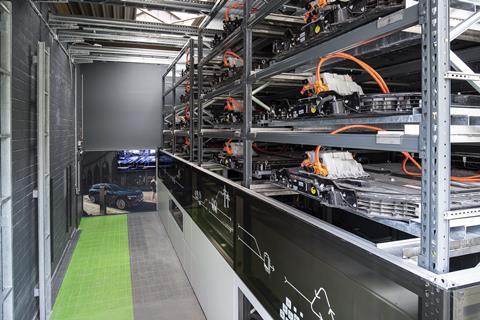 Reuse in power grids
The installation uses 20 Audi e-tron battery systems that provide it with a storage capacity of 1.9 MWh. The company confirms that the batteries used in the installation have been taken from test vehicles. It adds that the batteries it uses to power production vehicles are currently designed to last the whole lifetime of the vehicle with 160,000km or eight years of use guaranteed. But even at the end of that duration they will still have a state-of-charge (SOC) capacity of 70% compared to their ‘as new’ performance, so there is still plenty of potential for further use. Indeed, the company estimates that used EV Li-ion batteries could have a further lifespan in a grid-related storage application of “five to ten years”.