As GM Fairfax gears up to build the new Cadillac XT4 alongside the existing Chevy Malibu sedan, Gareth Price travels to Kansas City to speaks to plant manager Bill Kulhanek about the new era

What sort of preparations have you had to make for the new process? Have there been any engineering changes to the lines?

These two vehicles – the Cadillac XT4 and Chevrolet Malibu – happen to be on the same global architecture. Therefore, all we have to do is add tooling to accept the different model. When you go through the bodyshop, we have different pallets in different stations take care of model-specific tooling.

Bill Kulhanek, GM Fairfax plant manager
So, for the Malibu it’ll be set in one location, and then, for the XT4 it’ll be set in another location. They can be moveable or we may have pallets that are model specific and we just put them in as we want to build.

To paint the picture, the volumes you have now with the Malibu, and then are you going full capacity on the Cadillac or will that ramp up over time?

We launch the Cadillac at the end of August, then after a month and a half we’ll be up to full volume for the Cadillac. That’ll carry out through the end of the year. The Cadillac volume does two things. The first thing is that we all know sedan car sales are going down so it supplements that step down in the Malibu. Plus, it gives us an opportunity to run some overtime, if we need to, to make that additional volume. For General Motors the XT4 is a brand new crossover and a brand new segment for GM. Because we didn’t have a competing luxury entry model for the CUV [crossover] market.

How come the XT4 was brought here, the Cadillac? As a plant were you making a business case to bring it here? General Motors take in a lot of factors. Where is it most cost efficient to make it? How is the plant doing from a metrics standpoint? What does it cost to put that product into that plant? Logistics costs. A whole bunch of factors play into that. We have a scorecard we’re measured against on different metrics. The better you do on the scorecard, the better your plant is, the better you present why a product should be allocated to your particular facility.

What’s often referred to as Industry 4.0, the sort of data driven processes with opportunities for efficiency or alteration in a process - what’s been your experience of data as a resource?

Knowing what parts are in what vehicles, we have very good technology around that. And it’s really been enhanced probably over the last four or five or six years. So, if there’s a part in an engine that is shipped to us that is put into a vehicle, we know what vehicles that part is in. So, we do a very good job of transferring that information to a vehicle. From a downtime perspective, we have very good reporting metrics through our PLC [programmable logic controller] that records when something went down, when it came up. So we’ve got it both on the maintenance and on the product. 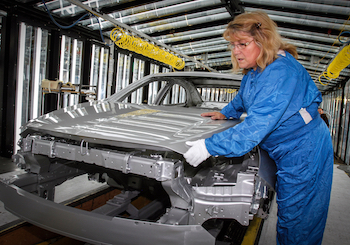 While machines give you information, it’s also still the case that people give you feedback. What are the processes for that shared knowledge?

That ties into two things that General Motors has. We have what we call our Global Manufacturing System. Within that we have the people pyramid and that has a lot of initiatives in it.

Baked into that is what we call our Business Plan Deployment and we have different levels and at the staff level it’s a level one, but at the team member level it’s a level five. So, every day the team meets with the group leader and they go through their metrics and talk about exactly what you talked about. Here are our issues today. Here’s where we got some problems. Here’s where we think we can improve. Because the whole basis, everything, is built on really standardised work. So the team members are constantly looking at their standardised work, are they following it? Is it the right standardised work? Can they do something to change the standardised work to either work more safely, improve quality or improve efficiency. That’s kind of our foundation.

Thinking back to the body shop, you mentioned that they share a platform, the Malibu and the XT4. But are there any variations in the bonding procedures and the welding, the riveting? Will that be shared or are there different approaches?

What we bond the Malibu with we bond the XT4 with as well, so basically, it’s welding. But we do some brazing. We do a lot of adhesives. We don’t really do any riveting. We do a little bolt-on, but that’s outside of the body shop, typically. 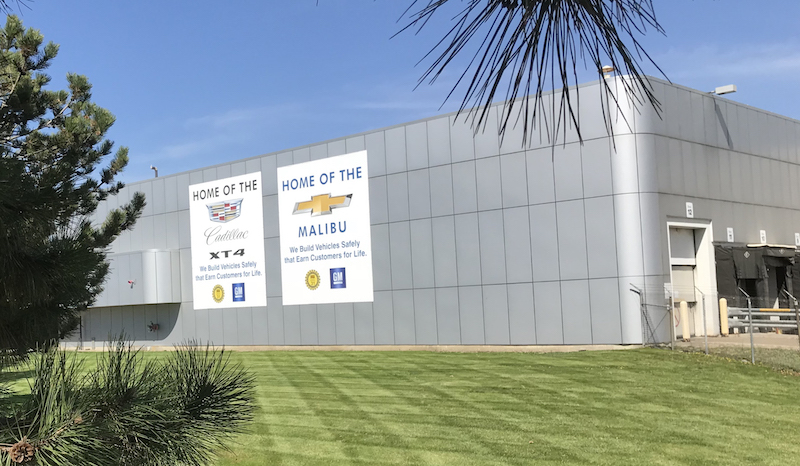 Have those processes been fairly standard for a while? Or has there been pressure to maybe lower energy consumption or that type of thing?

Is there a process for best practice ideas? What sort of relationship do you have with sister plants from General Motors around North America, or even beyond, in Europe or Asia?

There’s a lot of dialogue that happens, not just within our region, which is North America, but also globally. So, when we look at manpower for a bodyshop, we look at manpower for a body shop globally across all the bodyshops, and what are the best practices across the globe. And then we try and say, that is the way a bodyshop should operate in that particular section.

And we want to get all body shops to operate like that so we can all be as efficient as possible. So, that’s what happens from a manpower standpoint.

But we also have what we call cost councils that address specific costs of the business, one of them being utility costs, and that has representatives again from all the plants and from all the regions so that we can learn together and, hopefully, have the most efficient way of utilising utilities as well.

Is there any sense of competitiveness?

I think it’s competitive around the execution, not so much around ‘I’m doing this different than you and that gives me an advantage’. We all pretty much share ideas. I’ll give you another example. We have what we call an innovation website. So, if I come up with an innovation that makes Fairfax better, then I’ll submit that to the website and any plant in the world can access that.

I think that our leadership visits all the different plants and they see what all the other plants are doing, and when they see what we’re doing, one of the things is they always ask, did you share this. So there’s always that, did you share this, here’s some recognition. And there’s no guarantee that I’m going to be here forever. I could be in one of those other plants.

All those things put together gives us a camaraderie around sharing the ideas and, really, it all gets down to, again, execution. 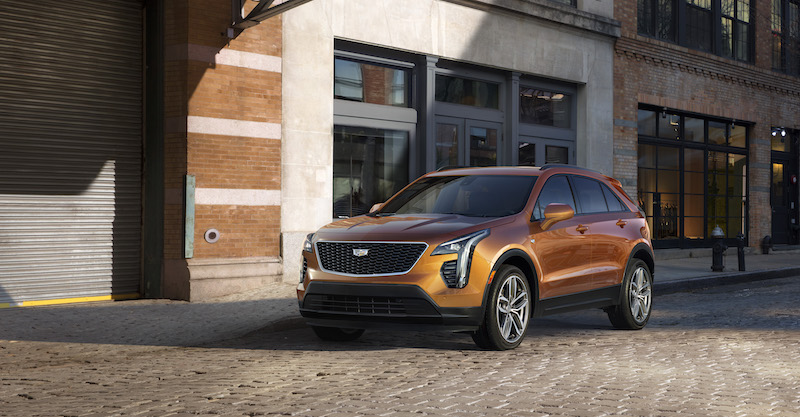 Preparations involved a team from Fairfax assembly visiting GM’s Warren facility where the XT4 was designed, developed and first built

To go from the mid-size sedan to a small crossover was quite a challenge, Fairfax’s core team coordinator Michael Poirier tells AMS. As a case study example, the introduction of the XT4 to Fairfax is an interesting one: the model type going from a sedan to a crossover. The challenge for Poirier’s team was to alter and fix things in practice; smaller details that the design studio don’t necessarily consider. “We had to do quite a bit of modification to our conveyor systems as well as modifications to how we present materials to the line, things of that nature.”

In preparation, Poirier and his team spent time GM’s Warren facility in Michigan where the XT4 was designed, developed and first built. There, they took whatever learnings they could from the shop and figured out ways to harmonise the process with the existing Malibu assembly.

“We had to make sure that we’re not adding unnecessary junk to the assembly process. So that’s something we worked on right at the beginning and we were able to resolve it sooner rather than later.”

One example was around the sunroof screws. Poirier’s team identified a difference in the fastener as “just adding noise that we don’t need.”

“That was fixed it before we ever even saw a physical part, which is a huge benefit to us as well as the plant itself.”

Sporting a tailgate rather than a trunk, did that element of the XT4 provide a challenge, different hang-on part in a different area of the vehicle? Poirier confirms, “Yes, and it’s significantly more trim that has to go into the build process. So, when we were in the process of launching this, we also switched over from towveyors to AGVs, which are used to marry the body of the car to the chassis. In doing so we created some free space on what we call the 32 conveyor, where they used to marry the car itself when they were building up the towveyor, and then running it through the process. In doing so, we have some space at the end of the 32 where we now use two operators to build the liftgate only. And that’s something that we don’t have for the current car because there’s no need for a trunk build-up like that.”

Was there any change in automation versus manual in those processes? Poirier explains that it’s still physical bodies doing the work. There is no automated process or any assist devices to do that? It’s all manual process, Poirier says: “For instance, they also put the spoiler on in that location. All of these pieces are done by hand. The only thing that we do have an assist piece for, and it’s really just a locator, is for the rear windshield wiper. That’s just to make sure that it’s on location.”

In the virtual build, Poirier’s team identified – and resolved – 100 issues before they ever saw the physical car. It’s a fascination task taking the ideas from the drawing board and making them reality of the production line. Closing up all those gaps is exactly what Poirier and his team excel at.