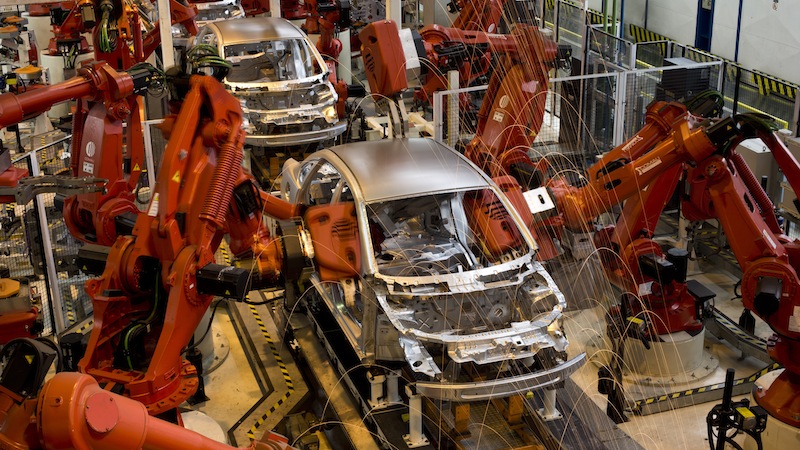 Betim covers all areas of automotive manufacturing: press shop, bodyshop, paintshop and assembly; plus suspension, engine and transmission production. It is also the headquarters of the Fiat Chrysler Group in Latin America, incorporating Product Engineering, R&D, Marketing, Sales, Legal, IT, Finance and Communications. The plant is the largest in the Group – indeed, is in the top three for any carmaker worldwide – and according to Fiat Chrysler’s head of manufacturing for Latin America, Alfredo Leggero, it has contributed “fundamentally” to the success of Fiat within this region.

Fiat Chrysler sold around 900,000 units in South America in 2013 and has been the market leader in Brazil for the past 12 years, where Betim has enabled the company to take a 22% share. Given the immense potential of a region with a large and expanding population, relatively low car ownership and increasing affluence, the Group plans to lift its sales in South America by 400,000 units by 2018, including 220,000 for Fiat and 180,000 for Jeep.

Betim will be crucial to these ambitions. Indeed, the jewel in the Fiat Chrysler crown will soon shine yet brighter with the completion of a big new paintshop that will help to boost its annual capacity to 950,000 units. As if that were not enough, Fiat is also establishing a major new production hub in Goiana, Pernambuco State.

But of course, size isn’t everything – and is potentially a liability given the complexity of managing such large numbers of components, vehicles and models. On six platforms, Betim makes 16 models – more than any other Fiat Chrysler facility ­– and offers 220 versions. In addition to the bodies, Betim’s engine plant has a capacity of 700,000 units and the transmissions facility can make 600,000 (in fact, they have been able to hit 732,000 and 662,000 units respectively).

Overall, Betim handles 64,030 part numbers, delivered in trucks by 294 suppliers. There is no supplier park, although Fiat has succeeded in drawing its partners close enough that over 60% of the invoice is now within 50km of the plant – a significant improvement on the early days, when components had to be transported from the original automotive hub around São Paulo (Minas Gerais having offered incentives to attract a pioneering OEM). This means that 1,600 trucks enter Betim each day, with 25% of parts delivered according to a just-in-sequence (JIS) system.

All of this takes an immense amount of organisation, and with no little justification Leggero describes Betim as “a great example of how to manage complexity and flexibility in an automotive plant”. He adds that the current expansion of the plant is having to be managed alongside normal operations: extra trucks, people and deliveries. 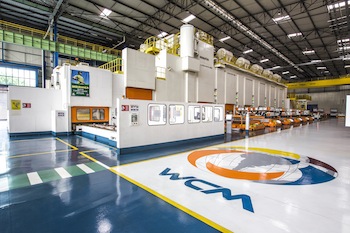 Leggero regards Fiat’s World Class Manufacturing (WCM) methodology as “fundamental” to the smooth running of the plant, but Betim has also developed a pyramidal management system that has resulted in the addition of strategic rooms in each section, where losses and waste are mapped in exhaustive detail. Through a monitoring process based on key performance indicators (KPIs) and key activity indicators (KAIs), the leadership team thus manages and expands the WCM pillars.

Leaving ‘pillars’ and ‘indicators’ aside, ‘people power’ is the essential ingredient behind the high performance of the plant. Leggero describes his staff as “the major force of the entire production system”. Plant manager Antonio Filosa concurs: “We don’t have the best technology, but we do have the best motivation; the best people.”

Betim has innovated a ‘WCM Multipliers’ programme, whereby recent graduates identified for having talent, motivation and leadership are used to promote the method among the wider workforce; but more generally, there is a culture of encouraging problem-solving suggestions from the ground up. Based on this system, Betim developed 5,000 improvement projects last year alone.

Leggero regards these strategies as the main reasons behind an increase in the plant’s performance over the past two years, including an improvement of 18% in productivity, 14% in quality and 26% in logistics. He says there has also been a “significant” reduction in transformation costs.

Pressing to the maximum
The size of the press shop at Betim is entirely fitting for the immensity of the plant; covering 76,000 sq.m over two buildings, it is one of the largest in the world. The older building houses 17 converted lines using equipment that was imported from Italy between 1995 and 2000, while the one that was established in 2004 has two high-speed flexible transfer lines (HTLs) of the kind that Fiat is now establishing in Pernambuco. In total, there are 130 machines with pressure forces ranging from 400 to 2,400 tons.

Three local suppliers feed the press shop with 45,000 tons of steel per month, resulting in the production of 3.5m stamped parts from 2,200 dies, or 115,000 pieces per day. A workforce of 900 personnel operates on three shifts, 24 hours a day, seven days a week. “We never stop, not even on Sunday,” says Filosa. For this reason, he emphasises the importance of die maintenance, describing this area of the press shop as “very strategic”. Given the high output of the press shop, any problem with the dies would certainly result in a significant drop or deficiency in output.

The automation level stands at 85%; the presses provided by Komatsu and Schuler are all automated and operate at eight or 15 strokes per minute. Filosa adds that the overhead rails also contribute to the high level of efficiency by reducing die set-up time to just four minutes. He says the two high-cadence Komatsu lines have achieved the best efficiency in the Fiat Chrysler Group.

But this was not always the case. The “very confused” layout of the original building was overhauled in 2011, Filosa explains, because it was taking too long to locate any particular die. Now the layout is clean and clear, and each die has what he calls a “personal file” containing its performance history.

The press shop also displays evidence of the ‘people power’ culture at Betim; simple suggestions from workers that have nonetheless proven effective. For example, plastic flaps installed over drainage channels outside the enclosed presses have not only improved safety but also enabled oil to be collected and recycled; and in the stacks of cold-rolled steel waiting to be stamped, rubber strips are now placed between each coil to prevent deformation while saving space by allowing vertical storage.

Ideas like these, and the results they deliver, are the acknowledged work of named employees, and the press shop’s strategy room holds data on the savings they each generate, placing them in a ranking system.

While the press shop is highly automated, Filosa says Betim’s 82,290 sq.m bodyshop is the “most manual” in the Fiat Chrysler Group. However, the level of automation is increasing with the addition of newer models. The majority of the 250 robots have been supplied by Comau, although there are some from Kuka, and together with the 2,000-strong workforce they enable the plant to produce 3,200 bodies per day. Production efficiency is helped by the fact that ten underbodies are used for the 16 models. Some laser welding is applied to fenders and small parts for the sake of precision, and there are a total of 2,400 welding guns. With each frame receiving around 3,500 welding spots, Betim completes roughy 2 billion spots per year. 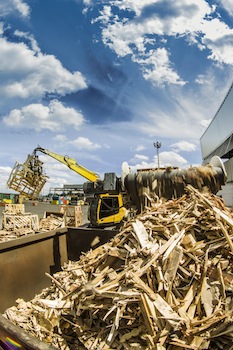 The 54,400 paintshop, equipped by Eisenmann-Dürr, receives a unit from the bodyshop roughly every 35 seconds. While the painting processes on the three lines may be fairly standard, Fiat Betim has pushed for environmental progress. All the volatile substances generated by the drying phase are collected and destroyed in afterburners to eliminate pollutants; the vehicle-maker claims to be the first in Brazil to have neutralised all solvent emissions. The water, meanwhile, is treated by reverse osmosis.

Leggero is justifiably proud of the plant’s environmental performance, and keen to emphasise that Fiat was the first carmaker in Brazil to be certified for ISO 14001 and ISO 50001, in 1997 and 2013 respectively.

At Betim, more than 40m reais have been spent on environmental management projects over the past five years, including a Liquid Effluent Treatment Complex which enables 99% of all water to be recycled, plus an Ecological Island where 95% of waste is recycled and 5% reused, enabling the plant to maintain landfill-free status. Since the implementation of an Environmental Management System (EMS) in 1994, Betim has achieved significant reductions in water consumption (-70%), waste generation (-48%) and electricity (-57%).

Sustainability was a key factor in the decision to build the vast new paintshop that has been under construction since November last year. Equipped by Dürr and comprising four storeys and three lines, it will become the largest such facility in Brazil when it opens in 2016. Leggero states that capacity was by far the strongest motivation for the project; able to complete 180jph, the new paintshop will clear the “bottleneck” which he says is currently restricting output, thus enabling the planned expansion to nearly 1m vehicles per year. The old paintshop will be restructured for other processes, although these have yet to be defined.

Nor has the final part of the production process been left out of the recent upgrades at Betim. The 118,936 sq.m assembly hall, too, has been significantly enhanced: “You cannot imagine how much this space has changed in the last three years,” says Filosa. He explains that the lines are now cleaner and more organised, following improvements such as the replacement of large stocks of material with small trolleys. According to Filosa, following the WCM strategy has achieved “a huge result”. 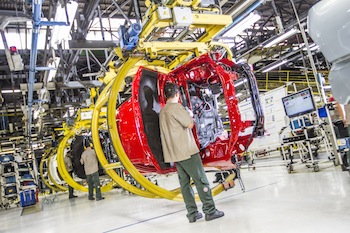 Over 45,000 logistical movements supply the four assembly lines, which operate according to a takt time of 60 seconds, turning out one car every 20 seconds. More than 49,000 parts are assembled across the 16 different models, taking into account external and internal coatings, the engine, suspension, electrical components and others. Betim’s own Powertrain Unit produces the Fire 1.0-litre and 1.4-litre engines with flex-fuel technology, plus a Tetrafuel version. The plant also manufactures C510 and C513 transmissions.

Given the large number of models produced at Betim, Filosa says there is a constant drive toward reducing production complexity down to the smallest detail, for example even finding a way of cutting down from using three of a certain type of screw to just one. With a big expansion imminent, this minute level of control will be vital for Fiat to keep a grip on its Brazilian behemoth of an automotive plant.

Sweet 16 made at Fiat Betim