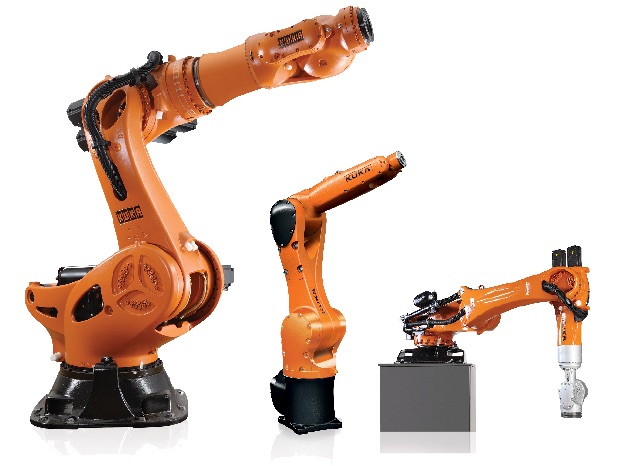 Edouard Mekhalian, managing director of Kuka Roboter do Brasil, looks at how robotics has the potential to put Brazil on the fast track to an automation and skills revolution

The World Bank ranks Brazil as the world’s seventh-largest economy by gross domestic product. It is also the world’s fifth-largest automotive market, with an installed capacity capable of producing approximately 4m vehicles per year. From a manufacturing perspective, carmaking is the country’s most advanced sector, but its tier one suppliers – as well as their tier two and tier three partners – still lag behind when it comes to automation and the use of robots.

Over the course of the next four years, Brazil expects to develop an installed capacity of more than 5.5m cars per annum. Although the market demand exists to soak up that new capacity, the country nonetheless has some way to go before it can expect to reach global levels of competitiveness and productivity.

In addition, Brazil faces not only a general shortage of labour, but also a more critical skills crisis. Its major global competitors have invested billions of dollars in education and have achieved either massive economies of scale or seen improvements in their levels of overall productivity. Comparatively speaking, Brazil’s auto parts suppliers and their sub-suppliers have achieved lower levels of automation and productivity.

Looking at the big picture across all manufacturing sectors, the global average for installed robots per 10,000 workers currently stands at around 60. The average is higher in countries such as South Korea, Japan, Germany and Sweden, among many others, which enjoy higher rates of productivity. Indeed, in these countries, manufacturers are achieving installation rates of between 200 and 400 robots per 10,000 workers.

To put those numbers into context, with its current overall workforce of over 105m, Brazil might expect to have around 600,000 robots installed in order to do nothing more than match the global average of 60 robots per 10,000 workers. Although accurate figures are hard to come by, the most optimistic estimate available suggests that Brazil has an installed base of no more than 20,000 robots.

Even more surprisingly, China is now the largest and fastest-growing market for sales and installation of industrial robots. This is despite its reputation for relying on its abundant and low-cost workforce. According to estimates from the International Federation of Robotics, sales of industrial robots in China during 2014 are projected to reach 27,000 units. This in a market where annual growth rates over the next three years are tipped to reach 15%.

This makes Brazil particularly fertile ground for Kuka Roboter and the Kuka Group. Just over 40 years ago, Kuka opened the world’s eyes to the prospect of more efficient and practical robots with the unveiling of Famulus, the first fully electric industrial robot. Since then, it has continued to develop its range of industrial robots, and nowadays there is no place where a Kuka robot cannot play a role.

In addition, Kuka compliments its industrial robotics range with a broad line-up of linear units in several capacities that enable its robots to cover distances of up to 33 metres and work on processes requiring a large operational reach. Furthermore, the Kuka family of external robot-driven positioners offers up to five degrees of motion and payload capacities of two tons on each side. These units allow customers to achieve optimal positioning of objects and execute processes on them in order to deliver perfect results.

One detail worth noting is that the Kuka Roboter Electronic Mastering Device allows Kuka-trained technicians to calibrate any Kuka robot in less than 15 minutes. This calibration puts the robot back into its original factory settings and means that the robot can return to production immediately after any minor collision incident or maintenance procedure. This key differential means that Kuka robots have low downtimes.

Similarly, customers can deploy Kuka’s external robot-driven positioners in conjunction with linear units and multi-axis positioners. Given the importance of connectivity for control, supervision, equipment and process safety, Kuka robots also come with a range of communication interfaces that includes ultra-fast EtherCAT, Profibus and DeviceNet.

As might be expected from a market leader, Kuka Roboter products benefit from a simple, functional design and offer ease of maintenance and reliability. For example, the same type of lubricating oil is used in all of the different types of speed reducers found in Kuka robots.

This is in contrast to many of Kuka’s competitors, which use different types of oil and/or lubricating grease, making preventive maintenance operations far more complex and time-consuming. When it comes to servo motor maintenance, the design of Kuka speed reducers ensures there is no oil loss whatsoever during servicing operations.

The new generation of ‘green’ KR C4 controller cabinets is the first on the global market designed to offer lower power consumption. So, looking at the total package, their compact design means that Kuka robotic arms are among the lightest in the world in their class. This, together with the KR C4 command cabinet’s green credentials, means that Kuka’s industrial robots can deliver a reduction of up to 25% in energy consumption for no loss of performance or durability.

In addition, Kuka Roboter supports a wide range of simulation and application software. Among these are ArcTech, CNC, GripperTech, BendTech, SpotTech and ServoGunTech (FC or TC). For programming, Kuka offers Sim.Pro Office Light, which is a powerful offline programming tool. It enables our customers to generate instructions for a robot automatically by downloading them directly onto a KR C4 controller. This can then instruct the robot to carry out its instructions on paths (or trajectories) that have been pre-programmed on simulators.

Once all of the necessary checks have been carried out on such parameters as accesses, paths and speeds, for example, the robot can quickly start commercial production and eliminate lengthy and costly manual operations on the plant floor. They also use flexible tubing in their command cabling and hosing packages, as well as their pre-designed interfaces.

A major advantage of Kuka technology is that KR C4 control cabinets feature industrial computers running Windows. This allows customers in any location in Brazil which need technical support to have their robots serviced in real time. First, the customer must download the contents of the robot’s memory and send the data over the internet to Kuka customer services.

The second phase of the operation involves a Kuka specialist uploading the memory dump straight onto a comparable robot and running all of that customer’s programmes, before verifying any warning screens. This way, Kuka technical staff can quickly identify more than 60% of problems and relay corrective instructions to get the robot up and running properly again.

This procedure does, of course, require the customer to have a technician who has undergone training in Kuka’s college so that they can work as an extension of the technician’s eyes and hands. Clearly, a customer’s main concern is to benefit from up-times of at least, if not exceeding, 95%. With its training and comprehensive support, ready availability of spare parts, plus the offer of remote support, Kuka Roboter is confident that customers who install its equipment will easily reach these targets.

Unlike other industrial robot manufacturers, Kuka Roboter does not operate a skeleton presence in Brazil. Rather, it has in place a full-scale operation in the territory that allows it to offer servicing, training or spares support in accordance with its German parent’s service standards. As you would expect from a multinational company with a global presence, Kuka speaks the local language and understands the local culture.