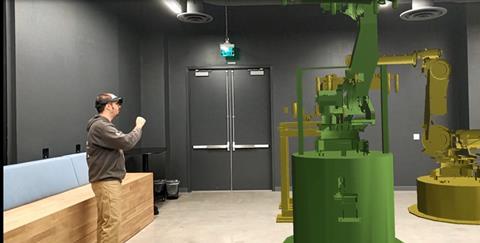 VW built its AR factory planning system in-house, giving engineers “more room to manoeuvre and improve quickly while working with sensitive data”. Testing out how Volkswagen technicians can interact with virtual machinery; they’re able to move objects and reposition them in real time

Engineers at the facility in Tennessee, US, have begun the groundwork for assembling the next generation of Volkswagen electric vehicles planned to begin in 2022 as well as ramping production of the the new Atlas Cross Sport. A new tool, incorporating augmented reality headsets, has helped the team to design production lines through modelling how equipment interacts in the real environment and spotting potential issues.

For example, Volkswagen said some early results revealed by the system identified pinch points between machinery and parts not previously visible.

The software tool was developed in-house by the Volkswagen Virtual Engineering Lab. Based on requests and feedback from technicians at Chattanooga, the system concept was devised and developed in just six weeks. 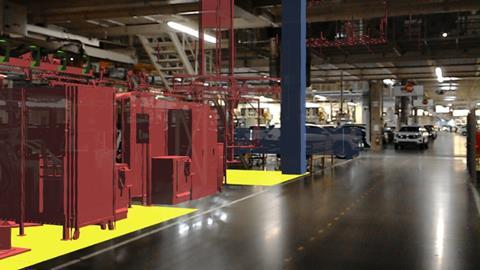 Different colours indicate the virtual position of new machinery along the Chattanooga production line. The Tennessee plant is ramping production of the new Atlas Cross Sport as well laying the groundwork for the next generation of its EV, planned to begin in 2022

Virtual planning and software design for vehicles and factory machinery has been custom and practice for several years. However, the advancement here, VW said, is that engineers can see how the constituent parts fit together in the real world setting using the AR headsets.

“As we integrate new models into the existing factory, we need to make sure our virtual design data matches the reality in the plant.” 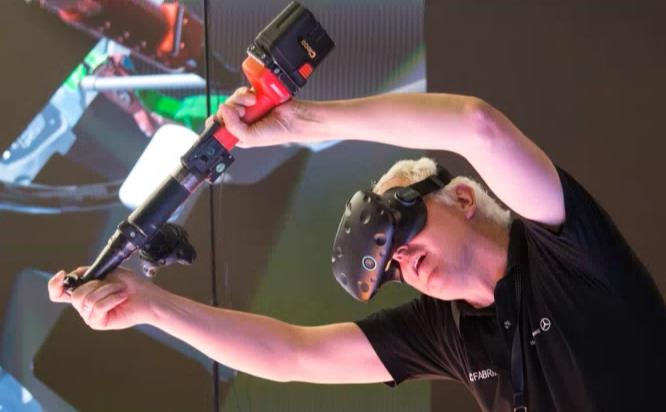 The next step in Chattanooga, Nunn said, will be using the augmented reality tools for ergonomics and maintenance processes: “Anything we can do to help speed up decision making means we can get more efficient and focus on assembling high-quality vehicles for our customers.”

Frantisek Zapletal, who heads up the Virtual Engineering Lab for Volkswagen Group of America, explained, “If we had done this with external partners, it wouldn’t have been as flexible or as fast. It’s really a communications platform, and people can use it to share ideas quickly. Once you see an idea in AR, you really believe it.”

Zapletal claimed the tool has broader application and could be of use for other workplace layouts and even vehicle accessories design within Volkswagen’s network.