The view from Frankfurt 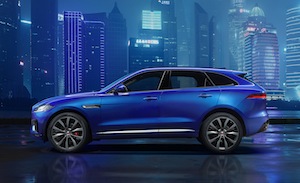 Every other year, the automotive industry’s European movers and shakers convene in Frankfurt to gaze in admiration at the latest offerings and future concepts, particularly from the German brands. This year, despite the looming worry over what China’s slowdown might mean, the European car companies did not disappoint, with a wide range of new models and concepts on show. Especially impressive were Audi’s Q6 e-tron and Mercedes’ concept, the Intelligent Aerodynamic Automobile, which will reportedly form the basis of the next CLS and the E-Class, and the production version S-Class cabrio.

Yet it was not just the Germans who offered stand-out vehicles, with Jaguar’s F-PACE the highlight for me; some purists may not approve of a Jaguar SUV, but this is the way the market is going, and if Porsche can do SUVs, so can Jaguar; I predict that, within a short period of time, the F-PACE will be the brand’s bestseller. Elsewhere, Renault’s new Megane and Talisman estate and Opel-Vauxhall’s new Astra were the highlights in the mid-market segments. At the top end of the market, the Rolls-Royce Dawn drew envious looks from many (myself included), although whether the orange leather seats of the show car will be popular with many customers is questionable. Crowds were also heavy around Bentley’s Bentayga, which is certainly impressive in size and will doubtless be a hit with consumers; indeed, the first year’s production has already been sold. However, I have to admit to being somewhat underwhelmed by the new Volkswagen Tiguan and BMW’s X1; in my eyes, they just look too similar to the existing models.

As for concept vehicles from other companies, the revised version of the Toyota C-HR and Nissan’s Gripz drew much attention. The C-HR will form the basis of Toyota’s forthcoming B-SUV to be made in Turkey in 2016; it would be nice to see the Gripz forming the basis of something new from Nissan. Peugeot’s Fractal 2+2 coupe was one of the oddest-looking vehicles; although it is most unlikely to see the light of day in production terms, it did showcase interior components produced by 3D printing. Perhaps one day production parts will be made by this process, but I feel we are still some way off this becoming reality.

Almost all car-company stands contained electric vehicles, whether purpose-designed or electric versions of existing models. I especially liked the angular and futuristic Audi Q6 e-tron; hopefully, the production version will retain this look rather than merely ape the existing Q5 shape. Even Porsche got in on the electric act with its Mission E, which is designed to demonstrate a way to take on Tesla. With Porsche also announcing the turbocharging of the 911 to bring its fuel economy numbers into line with long-term international targets, things are certainly changing.