As the OEM is integrated into Renault-Nissan, new possibilities open up for its production in South-East Asia 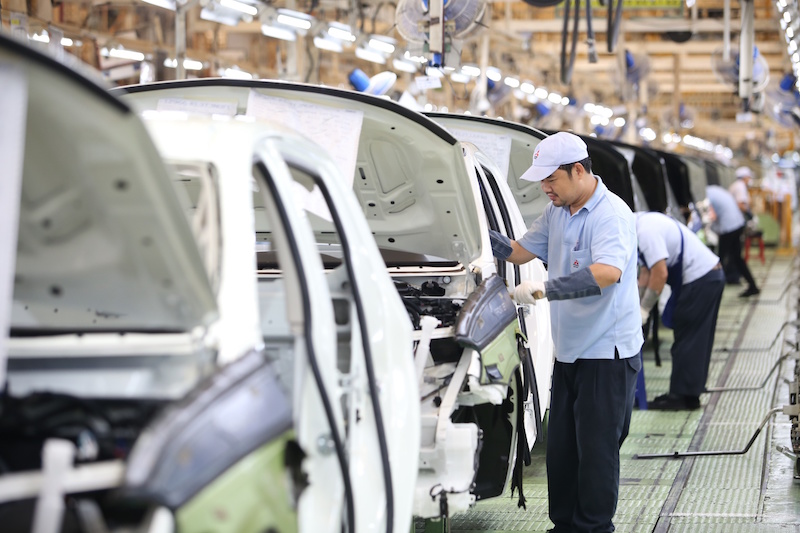 In October 2016, with its own fuel-economy scandal at its peak, Mitsubishi was subsumed within Nissan when the latter acquired a controlling 34% stake. Still flushed with the success of the Alliance with Renault, Nissan’s CEO (now chairman) Carlos Ghosn then set out his vision for developing synergies with Mitsubishi: to eliminate duplicate activities within four years and to achieve similar levels of component sharing, common platforms and joint factory usage with Mitsubishi as with Renault. Overall, Ghosn aims to save 50 billion yen ($441.5m) in 2017-18 and to double this in 2018-19. However, he has ruled out a formal merger; his goal is for Mitsubishi “to reform itself”, although this will surely be completed in line with Nissan’s wishes. On a broader scale, bringing Mitsubishi into the Renault-Nissan fold means that the group will have annual volumes of around 10m vehicles a year, firmly embedding it in the top three vehicle manufacturing groups worldwide, close behind Volkswagen and Toyota.

It is in South-East Asia in particular where events will prove whether Nissan is making a success of the Mitsubishi acquisition. In recent years, both Mitsubishi and Nissan have been overtaken by the success of Honda, Toyota and Daihatsu in this region. For example in Indonesia, the largest market in South-East Asia, Mitsubishi and Nissan now have a combined share below 10%, compared with almost 14% in 2012, while that of Toyota-Daihatsu has grown from 51% to 54% and Honda’s has trebled from just over 6% to nearly 19% over the same period. Meanwhile in Thailand, the share of Mitsubishi and Nissan has declined from nearly 17% to just under 13%; over the same period, Honda’s slice of the market grew from just over 11% to 14%.

Although Mitsubishi has seen its share fall in Thailand, it is worth noting that in the 2016-17 financial year, it was the largest vehicle exporter from the country, with nearly 310,000 vehicles leaving for other markets. Its Laem Chabang site consists of three vehicle plants and one engine facility, staffed by 6,000 people, and boasts the largest capacity of any Mitsubishi location worldwide, 424,000 units per year, which has helped it to become the company’s biggest source of exports. The manufacturing complex ships out more than 80% of its output, with Europe accounting for 28%, other Asian markets 25%, North America 21% and Oceania 12%.

• Adding Mitsubishi places the Renault-Nissan group third behind Volkswagen and Toyota globally, with a production volume of around 10m vehicles per year

• Although it has more than 400,000 units of annual capacity in Thailand, mitsubishi only made 353,000 vehicles last year, resulting in overcapacity of greater than 15%

• Mitsubishi is the largest vehicle exporter from Thailand, shipping out nearly 310,000 units in 2016-17

Dealing with excess capacityHowever, in the last fiscal year, Mitsubishi’s production in the country was just 356,000 vehicles, resulting in overcapacity of more than 15% – a problem which Ghosn highlighted. Speaking at Laem Chabang not long after Nissan took its 34% stake, Ghosn told the management that its 84% utilisation level was too low and that “we should not waste one single unit of capacity”. The two companies are also now looking at combining their pick-up operations in Thailand, and in the longer term will consider shared development of small and compact cars, SUVs and LCVs across the region.

Nissan and Mitsubishi have excess capacity in both Thailand and Indonesia, and one of the immediate solutions to this problem will be to use some of the spare to fill gaps in their product line-ups through rapid badge engineering, the first example of which is expected to emerge before the end of 2017. A new factory at Karawang, Indonesia, which cost 65 billion yen, started production in April this year with a capacity of 160,000 units per annum and a workforce of 3,000 people. This facility will make the Pajero Sport SUV, the L300 Colt LCV and a seven-seat compact MPV; the latter will soon have a Nissan version as well under the Expander name, due for launch by the end of Q3 2017. The factory will produce 80,000 MPVs a year, including 60,000 units for domestic consumption, the balance being for exports.

Transplanting techniques from JapanThe Karawang plant uses similar production processes to those deployed in Mitsubishi’s Okazaki plant in Aichi, Japan. The line features a floor conveyor system in which cars placed next to each other are assembled on moving platforms that are similar in size to a Japanese tatami mat (floor covering). The result is an assembly line which is shorter than a conventional line where vehicles are placed consecutively on overhead rail carriers. The arrangement in Indonesia makes it easier for production planners to adjust to fluctuations in demand. Also like Okazaki, Karawang has a paintshop which cuts the time required compared with a conventional process, featuring one less drying unit, while also saving on energy use and CO2 emissions.

A number of Indonesian workers were trained for two months in Japan and those who met the required standards were subsequently appointed as trainers for local recruits. Assembly personnel use barcode readers, PCs and portable tablets to manage their work, similar to how things are done in Japan.

Meanwhile, in the Philippines, Mitsubishi recently boosted its manufacturing operation by acquiring the Santa Rosa, Laguna, plant which was previously used by Ford. This enabled Mitsubishi to move from its 180,000 sq.m site at Cainta, which had an annual capacity of 30,000 units to a 210,000 sq.m location with space to add a new stamping facility and build 50,000 units per year. At the inauguration in January 2015, the OEM said it would be upgrading other capabilities to put them on a level with Mitsubishi plants elsewhere, adding automated component painting, a three-coat, one-bake process for vehicles and “a sophisticated body measuring machine”.

The new press shop eliminated the need to import roofs, bonnets, boot floors and other parts which had until then been shipped from Thailand. The aim is to achieve 50% local sourcing in the country; to this end, Mitsubishi has brought 30 tier-one suppliers near to the plant, including Denso and other major Japanese companies, as well as contracting ten local suppliers. The latter include Manly Plastics, which makes air-vent trims, other dashboard mouldings and bumper facias, and Valerie Products, a metal stamper which also supplies fuel-tank assemblies.

Laem Chabang in Thailand has the largest capacity of any Mitsubishi location worldwide, at 424,000 units per year

Rebalancing productionPrior to Nissan taking a controlling stake, Mitsubishi had indicated that it would focus largely on SUVs, pick-ups and commercial vehicles, with its main car line-up having seen little development in recent times. For example, the Lancer is now around 11 years old, so a new model is sorely needed. Access to Renault-Nissan platforms will open up a wide range of possibilities for future Mitsubishi models and an official announcement on the next Lancer is expected by the end of the year.

One of the interesting aspects will be any impact on the Santa Rosa factory, which has the ability to make the current Mirage at a rate of 50,000 units a year, with the potential for this to double in the near term. Production in 2017 is projected to be 40,000 Mirage sedans and hatchbacks. Mitsubishi also makes small numbers of the Adventure SUV and L300 van in the Philippines, with total production of 22,000 units in 2016. It is worth noting that Mitsubishi was one of two manufacturers – the other being Toyota – which qualified for support under the Philippine Government’s $600m automotive incentive programme designed to boost vehicle production.

Longer term, it is likely that Mitsubishi will rebalance the allocation of certain models or vehicle types across its regional production network. For example, press reports have suggested that Indonesia will be the focus of MPV manufacture, while pick-ups and SUVs will be made in Thailand. There has also been speculation that Santa Rosa could make some MPVs, boosting production there to nearer 100,000 units. Utilisation at Karawang is also going to rise through CKD production of the Pajero Sport, although some imports of fully built vehicles are continuing.

It is not only in manufacturing where synergies and savings can be expected; in February 2017, Nissan and Mitsubishi began a new shared logistics operation in Thailand. As part of its ambitions for growth, Mitsubishi will also expand its dealership network across the Philippines, Indonesia and Thailand by 20% by 2020, while in the Philippines it wants to achieve a 15% market share.