Emobility may be flourishing but the internal combustion engine still has a long way to run. Gareth Price speaks to leading powertrain component suppliers endeavouring to make a smooth transition 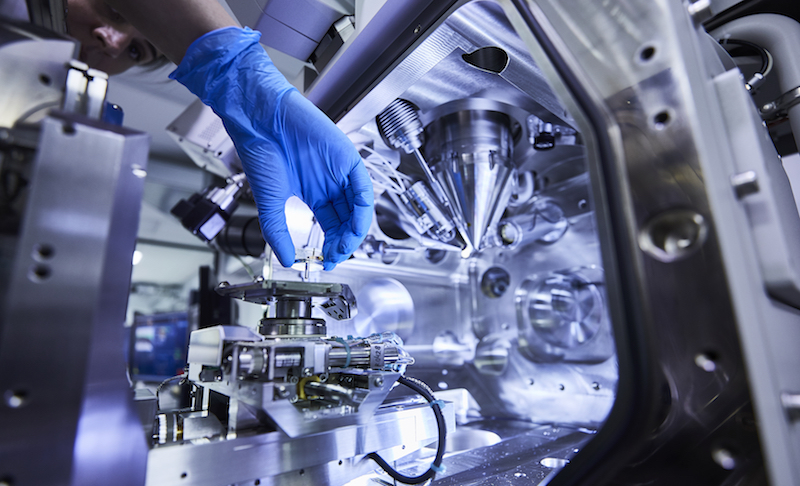 Amid continued discussion, debate and conjecture around OEMs’ preparations for the electrified future, tier suppliers have a tricky task in pre-empting and preparing for the next technological steps.

A key example lies among the industry’s powertrain-component manufacturers. Could the noise around the battery electric vehicle be drowning out another important story; one that sees the internal combustion engine sticking around with a genuine role to play for a couple more decades – the long-established heat-engine drivetrain made ever cleaner and more efficient by innovation, and thus nowhere near ready to be consigned to history.

To get a view on the immediate future of the internal combustion engine, AMS speaks to some key players from the powertrain component supply sector, namely BorgWarner, Federal Mogul, Delphi and Honeywell.

We start with Gavin Donkin, Honeywell’s vice-president for product development and application engineering.

“We see an enormous future for internal combustion engines,“ begins Donkin. “Already, our base business in supplying internal combustion engines with regular turbochargers, that will go on and on for many years to come. Every diesel engine – bar some very small displacement applications – in the world now has a turbo for emissions. And in our gasoline portfolio, because gasoline turbocharging is one of the technologies of choice, if not consensus as the technology of choice to drive CO2, we’re seeing huge growth in gasoline downsizing and turbocharging.

“So for – and I’m not going to be precise about the number of decades but – a long time into the future, we see the turbocharger business as being extremely buoyant. So it’s not going away any time soon.”

In preparation for this next phase, Honeywell has recently rebranded its turbocharger and electric boosting technology arm as Garrett Motion.

Another long established name, BorgWarner, is also making moves to future-proof its operations. Davide Girelli, the company’s vice-president and general manager for turbo systems, Europe and South America, explains that while electrification is growing in market share, suppliers have to retain perspective.

“I think that all OEMs and suppliers agree on a number that is around 25-30%, so we are more on the 25% market share of electric and hybrid,” states Girelli. “Being that electric is still a minor portion of it, so taking probably around 3% of the total vehicles, and this is looking at the 2023 business cycle, so in the next five years.

“What does it mean for the technology? It means that the IC engine will continue playing a significant role. That means we’ll still have 75% of the market share. That probably means that we still have in front of us a mild growth of IC engines, and then a saturation or a slow decline in the other years. This is the perspective of BorgWarner.

At Delphi, senior vice-president and chief technical officer, Mary Gustanski, is just as circumspect about the timelines of electrification. “Electrification is going to come,” she begins: “I tell a story: I’ve been in this business a lot of years, this is my 38th year with Delphi or the associated names of Delphi over the years, and many of it has been in the powertrain space. Back in the early 2000s we were talking that everything was going to be electric by 2005, and I know that because we were redesigning everything to be ready for electric to happen, and then it never happened. And it didn’t for a lot of reasons.

“The regulations were not nearly as stringent back then. We had plenty of power to do whatever we wanted because a lot of six-cylinder and eight-cylinders still existed and everybody accepted that, right. Now, you turn the clock forward another 15 years or so, right, and what’s happened, we’ve done such a great job of downsizing, everything’s a three or four-cylinder engine. There’s barely enough power to move the vehicle let alone to run all these new things that everybody wants to put in. And one smartphone is not a big deal, but the smartphone on top of the TV screens and people connecting with their homes and everything else that they want to do now, it’s a lot more power requirement, and not to mention all the active safety and the automation, right.

“So you need more power. At the same time, Europe is not slowing down on regulations. In fact, they keep thinking how they can take another step function. China is doing the same thing because they’re trying to keep up. Yes, the US may slow down but the rest of the world isn’t. And, you see, those two are really converging together to say ‘how do I do it? I need more power, I need electrified vehicles. It’s the only way. Otherwise I may have to go back to bigger engines.’ It’s not going to happen. But it’s electrifying.

“I don’t think it moves all the way to electric. How long does it take to get a predominance of electric? Well, you know, I always say let’s say by 2030, if we continue to see cost reductions in batteries, acceptance in consumers is better, and 10% of the vehicles sold in 2030 are going to be electric.

“That’s a moonshot from where we are today, right. And maybe it’ll happen, maybe it won’t, but let’s say it does. Let’s say it’s 30%. Let’s really go crazy, right. I’ll give it 30% by 2030. And do I think that could happen? Oh, that’s far off, right. Well, let’s say it does. There’s still 70% that have an internal combustion engine. And I think our focus as Delphi Technology, as a supplier, is to think about what do you do with that 70%. How do you make internal combustion engines the best they can be? I think they will be electrified; so how do you make hybrids that are really closing the gap in the regulatory while giving you the performance you need?

“And you keep innovating. We’re not stopping. We’ll continue to innovate in the internal combustion engine space, particularly in the fuel injection space, it’s a space that you can… because the OEMs don’t want to redesign the engines. They don’t want to. They’re all investing in electrification.

“But we can change out a fuel injection system, like our F3. Our customers don’t have to redesign their engine to move from an F2 to an F3. We make sure of that. We’ll reconfigure the injectors, the pumping, the rail, so that it fits on their engine design. We’ll help them to calibrate it so it’s minimal intrusion, minimal resource to actually launch that, giving you a better performing internal combustion engine. Then you couple that with best in power electronics and hybrid control, and then all this connected and active safety, we start using it to help propulsion.“That, I think, bridges for a long time to come.”

It’s clear that the powertrain component suppliers are confident of the contribution they can make to prolonging a clean-engine era that, as Mary Gustanski says, will bridge the next couple of decades. But despite the knowledge and the confidence, the industry can never stand still. Sustaining a mix of solutions presents a challenge from a variety of aspects, not least manufacturing. For Garrett Motion, along with the rebrand from Honeywell, comes a change in focus.

“We do have a focus on now bringing new products into the portfolio, because we aren’t just going to be a turbo supplier, we are going to be a technology supplier into the industry,” says Gavin Donkin.

“So, electrification is an enhancement to our product line. We’re in production with electric machines already on fuel cell vehicles, which is another powertrain that’s coming out. But we recently received our first award to go to production 2021 in high volume with electric turbocharger. So we’ve seen that wave coming and that will continue way through the next decade and beyond.”

At BorgWarner, the key to keeping pace with change was to acquire expertise from across the market. “A couple of years ago we acquired Remy,” explains Davide Girelli. “Remy was already active in the electric motors, so starter and alternators, and this is now part of BorgWarner. A year ago we acquired Sevcon. This is another company active in controllers and inverters and chargers as well. So, step by step, brick by brick, we are building a stronger electric portfolio.

While BorgWarner’s newest acquisitions, Remy and Sevcon, are established in the automotive field, could the industry open up to the broader power and electronics industry entering the market? Mary Gustanski expects they might, but only when they realise the very different challenge that awaits.

“We get asked that a lot, because we say, you know, do you think that stationary power electronic suppliers are going to come in and be a big competitor for you,” she says. “And I go, well, not in the next six months. Maybe five to ten years from now. Because remember, in stationary – and I’ve done some things with auxiliary power units and stuff - if it’s too hot I just make a bigger box. If it’s still too hot I can add an air conditioner because weight’s no issue, right. It’s not moving. You turn them on and you let them run. You don’t really have to worry about how long it takes to warm up. You’re not trying to move the vehicle in any timeframe.

“So yes, the problems are night and day to what you have to do when you put electronics in an automotive grade environment, you know. But we’ve been doing that for years. People say, well, how do you know you can do it with power electronics. Well, because the engine controllers – how long have we been putting engine controllers on? It’s really no different. The fundamental technology’s the same.”

It’s easy for the industry and consumers alike to focus sharply on the fascinating future developments in automotive, given the prospects of such radical change. But it is perhaps further away than the slick promotional videos would have us believe. In the meantime, innovators from the established automotive tier supply sector will provide the technological basis for the real next generation – the cleaner, more efficient internal combustion engine. It was written off a decade ago as Davide Girelli recalls, but we’re not quite done with it yet.

“If you think, maybe 10 or 15 years ago,” Girelli recalls, “everybody in automotive thought that the IC engine had reached a peak in terms of technology, evolution and so on, but after 10 years we saw so many innovations coming that we are increasing, we are raising the bar step by step at a level that was unbelievable ten years ago.